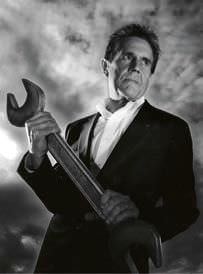 In 1952, the Boston Symphony Orchestra was worried about falling standards due to nepotism. They thought conductors were choosing their own students over the best musicians.

So they decided auditions would take place with a curtain between the conductor and applicants.

If the conductor couldn’t see who was playing, they could only judge on ability.

But the results were disappointing.

Pretty much the same young men were picked again.

So the musicians were asked to repeat the audition, but take their shoes off first. When they did, the results were very different.

This time, half the selected musicians were female – previously, there had been hardly any women chosen.

They thought they were being fair by not seeing the applicants but, subconsciously, they could still tell their sex by the sound of their shoes.

What they were listening to wasn’t the music but their own subconscious bias.

Since 1952, blind auditions have become common and half of the top 250 orchestras are now largely composed of female musicians.

Subconcious bias also plays a large part in our era of faith in big data and algorithms.