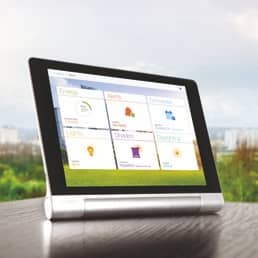 According to the US Department of Energy, an energy efficient home is designed with state-of-the-art construction and renewable energy systems.

Despite the early growth of smart home technologies, its widespread success hinges on addressing the emerging challenges like interoperability, usability, and cybersecurity. This has been an area that has been painstakingly addressed by Lutron Electronics since decades.

Dating back to 1959, the founder of Lutron Electronics, Joel S. Spira, invented a dimmer based on a diode and a tapped autotransformer, saving energy and allowing the dimmer to be installed in a standard electrical wall-box. Although a lighting dimmer existed at the time, it was expensive, complicated and far too big and bulky for use in homes and offices. Spira successfully manipulated a thyristor, a solid-state semiconductor small enough to fit into the wall box that housed a standard light switch. On the basis of the dimmer alone, he founded Lutron Electronics in Coopersburg, Pennsylvania, in 1961.

MORE STORIES FROM CIO REVIEWView All