Mega Push To The Entrepreneurship Ecosystem 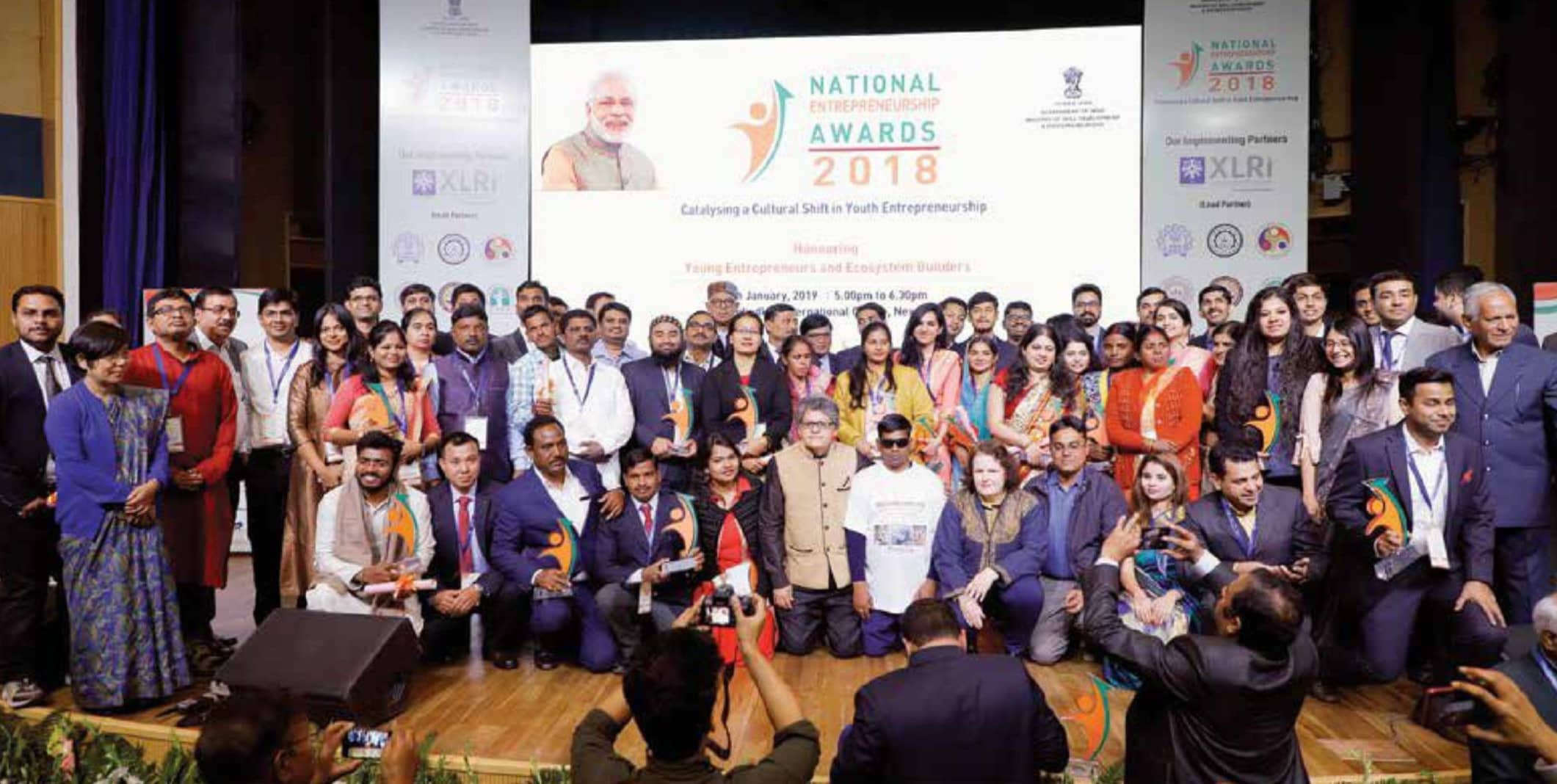 Held on 4 January in New Delhi, the National Entrepreneurship Awards adhered to the Prime Minister’s vision of supporting Indian entrepreneurs who have not only helped themselves but have helped the society as well.

YOU CREATE A JOB, you empower an individual; you create an entrepreneur, you help create an ecosystem and empower several individuals. Stressing the need to produce job givers, the government, under the Ministry of Skill Development and Entrepreneurship (MSDE), is taking far-reaching measures such as National Entrepreneurship Awards (NEA). The initiative is in sync with PM’s vision of supporting Indian entrepreneurs who have not only helped themselves but have helped the society as well. Towards this objective, the third edition of the NEA – wherein 30 budding entrepreneurs and three entrepreneurship ecosystem builders were felicitated – was held in New Delhi recently.