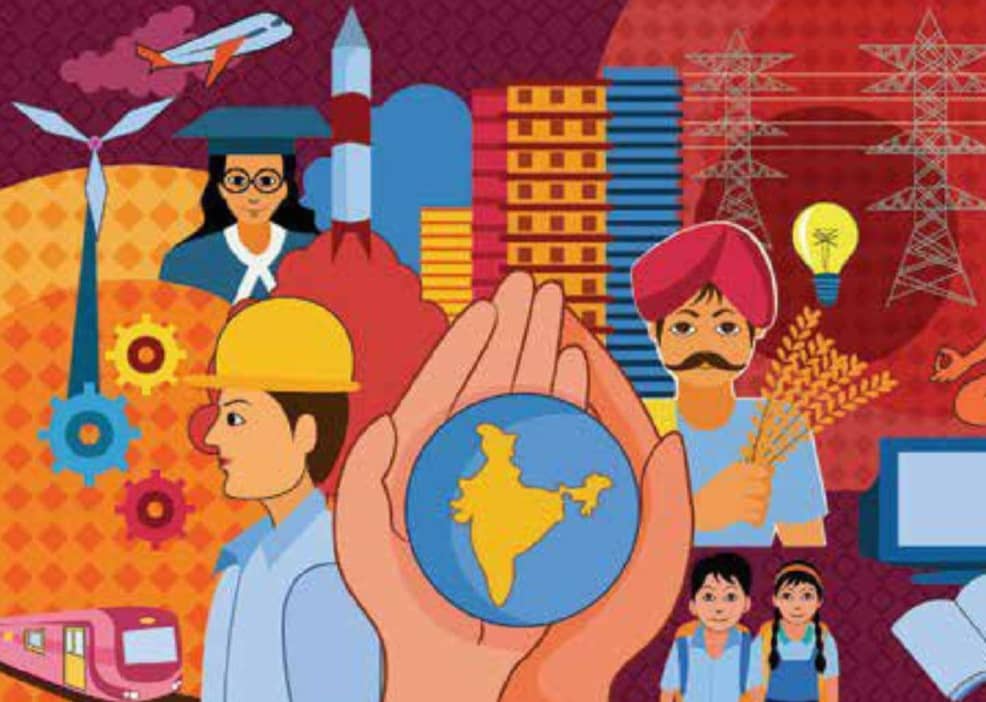 INDIA REFORMED ON THE BACK of a crisis in 1991 and over the last 25 years has made considerable progress.

Today the GDP of Maharashtra is higher than what India’s GDP was in 1991. Life expectancy has increased by ten years. Poverty (both relative and absolute) has declined.

(The latest data from the multi-dimensional poverty index, MPI, shows that decline in poverty levels has been fastest in the lowest income regions, among the SC/ST groups and Muslim communities, where poverty rates were the highest.) But India is not meeting its full potential and its demographic dividend risks becoming a disaster. There are also worrying signs of rising protectionism on the international trade front.

Is India on the verge of another 25 years of rapid growth or are we overly preoccupied with headline growth numbers of our GDP, while our underlying fundamentals remain weak? Inadequate spending on education, health, high levels of corruption, and a weakened financial system and institutions threaten the future. India’s rankings on global competitiveness indices and the World Bank’s Ease of Doing Business index have improved, but India’s external deficits have risen to dangerous levels again. Exports have been tepid and imports have surged. India has reacted by increasing import tariffs on a range of commodities to contain the deficit – but this may produce short-term gains at the cost of long-term competitiveness.

India is at the crossroads and the stakes are high. Several experts have warned of growth slowing down should India reverse its reforms further. A drop to the so-called ‘Hindu growth rate’ of four per cent, a term coined by Prof. Raj Krishna, will take our GDP up to only $4.3 trillion by 2030 – behind Japan. At the same time bold reforms in land, labour and capital markets could accelerate our growth to nine per cent per annum, which will make India a $9 trillion economy by 2030 (third largest after the USA and China). The current 6-7 per cent rate of growth will take India’s GDP to $6-7 trillion. (Even at a GDP of $9 trillion, India’s per capita GDP would be $5625, below that of China and Thailand today).