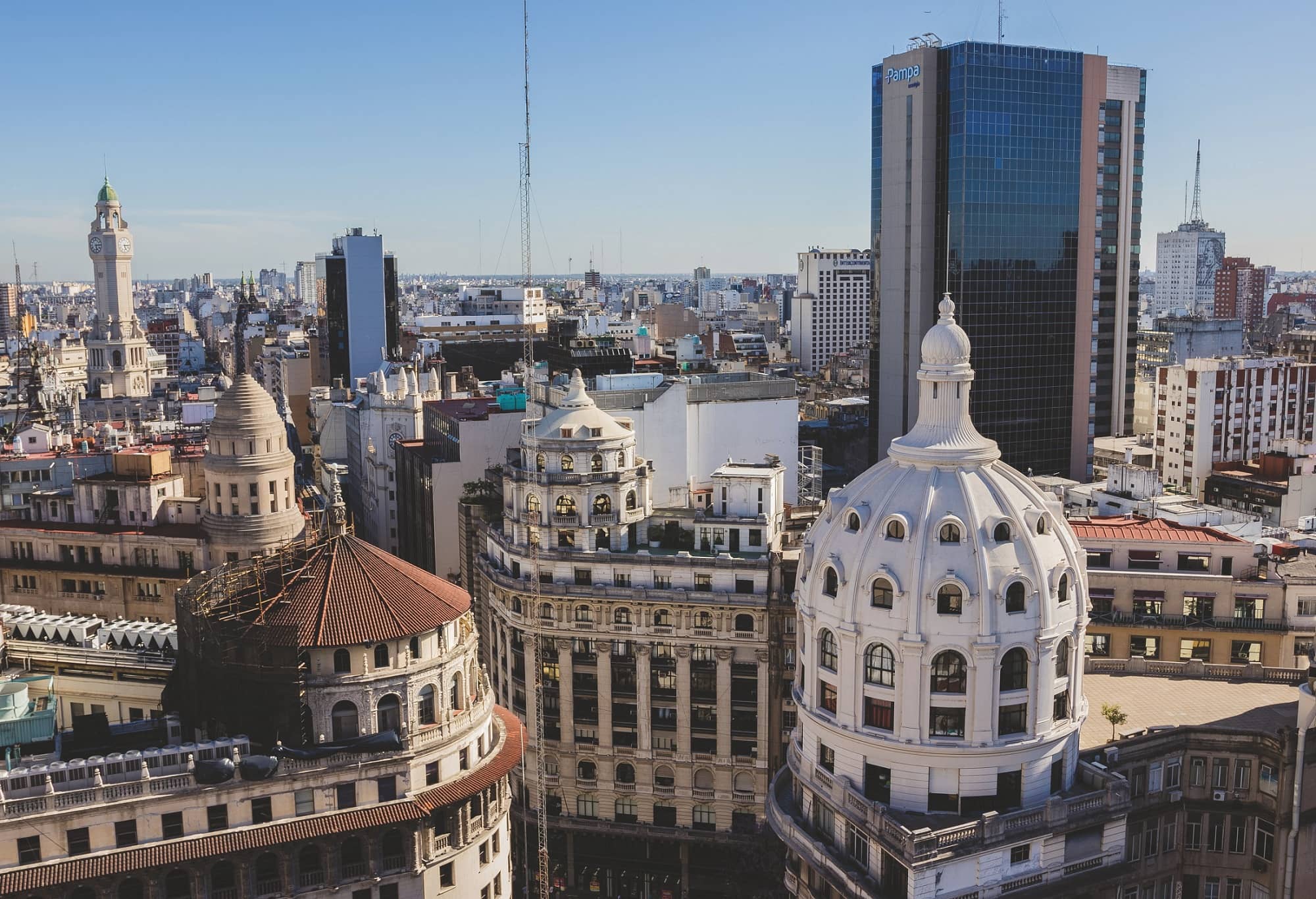 Even as it uncovers its past, Argentina’s capital tangoes with the future

Two decades of tourism dollars flowing into Buenos Aires has had an effect. The formerly funky-cool streets of San Telmo and La Boca are now marked by “For Sale” signs on paint-faded French doors and ancient family mansions. Real estate sales in these barrios has rocketed and some of these atmospheric residences are being torn down and replaced by chic, high-design condominiums.

The “tango-for-export” culture of the late 1990s when Madonna’s “Evita” – filmed largely in Buenos Aires – brought wide-eyed wanna-be tangoistas to milongas (tango tea dances) and nightly shows in San Telmo is not gone. But today, a milonga at one of the city’s trendy dance clubs might end up being a group salsa dance rather than the steamy thrust and give of traditional tango.

Buenos Aires is still a lively city of colorful barrios – such as areas dubbed “Palmero Hollywood” and “Palmero Soho” for their distinct style-vibes. But increasingly, these areas are being marked by gentrification. As money and business revitalizes, it creates challenges for locals and for generations-old businesses to survive.

When Business Traveler first covered Buenos Aires as a destination in the early 2000’s, the Argentine peso was fragilely pegged to the US dollar. A steak dinner for one at the legendary Cabaña Las Lilas restaurant cost a hefty 60 dollars and a taxi ride from posh Recoleta to a tango show in arty San Telmo could set business travelers back 20 dollars or more.