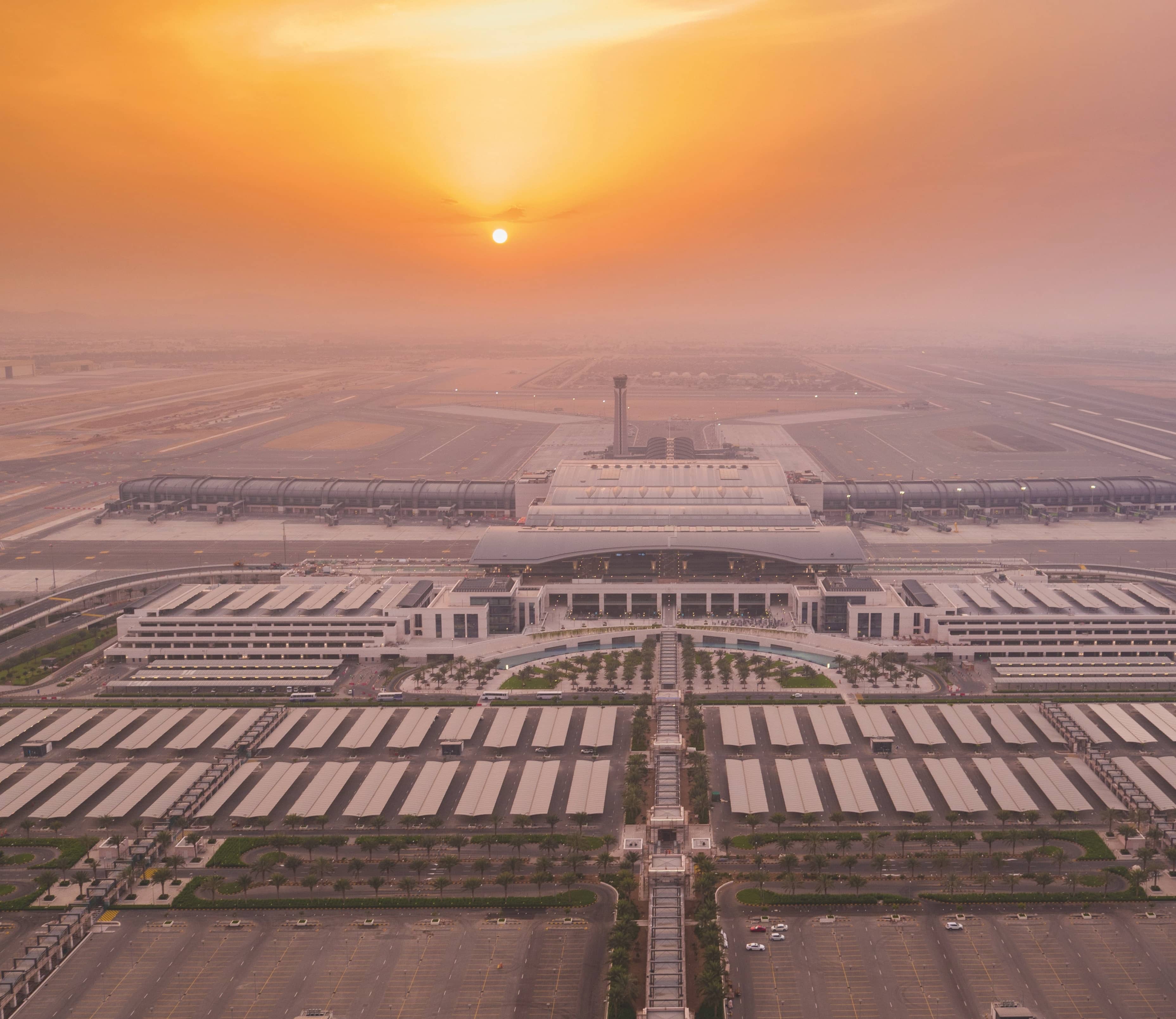 A hairdryer-like wind blows fiercely near the top of the 318-foot-tall air traffic control tower at Muscat International airport. The narrow terrace has a see-through design that sparks some mild acrophobia. From here you can see the decommissioned airport on the other side of the old runway and, directly beneath, the three-pier new terminal, which opened in March last year. Even at the height of a humid summer’s day, it is a striking view and all the more powerful for its symbolism – uniting Oman aviation’s past, present and future.

Seasoned business travelers will have fond memories of the old airport, as chauffeur transfers took you directly from plane to immigration, and you could be out in a taxi in minutes – although economy passengers won’t miss the bus transfers. Only a fraction of flights now require remote transfers and most passengers arrive and leave swiftly via 40 jetways. As for car transfers, that’s now strictly for VIPs.

The former airport, which opened in 1973, became inadequate as Oman’s economy grew and more leisure travelers flocked to the Sultanate’s abundant natural wonders. Still, the construction journey at the new one wasn’t without its challenges, which led to delays.

A year and a half on, memories are fading. Terminal duty manager Ashraf Amir Ali Al Hinai shows me around the 3.7 million-square-foot facility, which is about seven times the size of the former Seeb International airport. My favorite then-and-now is the elevators – three then compared with 118 now.

It has been well received, jumping from 75th spot in Airports Council International’s Airport Service Quality rankings in the last quarter of 2017 to 14th a year later (among airports with 15-25 million passengers). The goal is to climb into the top ten. Last year it handled 15.3 million passengers and this year it is forecasting 16.3 million. Oman Air handles 60 percent of all flights here with services throughout the region and as far afield as London Heathrow, Mumbai, Guangzhou and Kuala Lumpur.