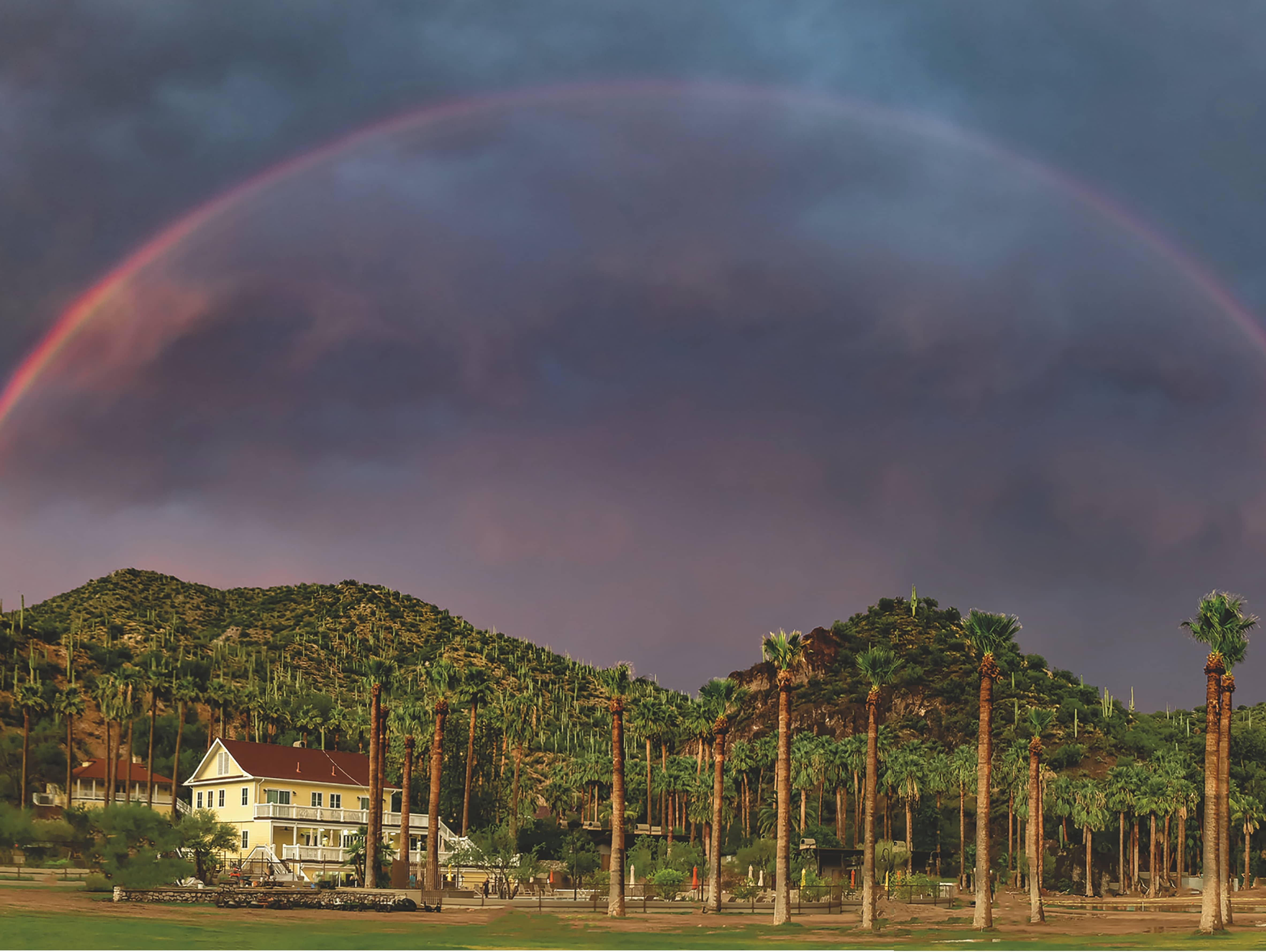 When a young John F. Kennedy came to Castle Hot Springs in the late 1940s, the Peoria, AZ, spa had already been open for nearly 50 years. Kennedy was flown in by helicopter to the ancient therapeutic hot spring to heal from his war injuries – an early tradition that was first started by local Apache and Yavapai Native American warriors who also came here to heal after fighting.

By Kennedy’s time, the resort was already known as a watering hole for families like the Vanderbilts, Pews, Cabots, Astors, Wrigleys and Roosevelts. It is considered the “dowager” resort of Arizona – the first of a glittering chain of posh oases that were created, initially for wellheeled patients with tuberculosis and other lung issues and then later just catering to wealthy clientele who came for the beauty of the Sonoran desert and the climate of constant sunshine it offered.

Castle Hot Springs has newly reopened (in late 2019) after several large fires consumed some of its older buildings and made a renaissance and reset a needed boost to bring the first health resort of Arizona back to vibrant life.

Like the desert itself after a drenching rain, the resort has been lovingly restored by its new owners (a philanthropic family from the Phoenix area) who sought to pay homage to the historical buildings and makeup of the resort rather than to recreate it in its vintage form. 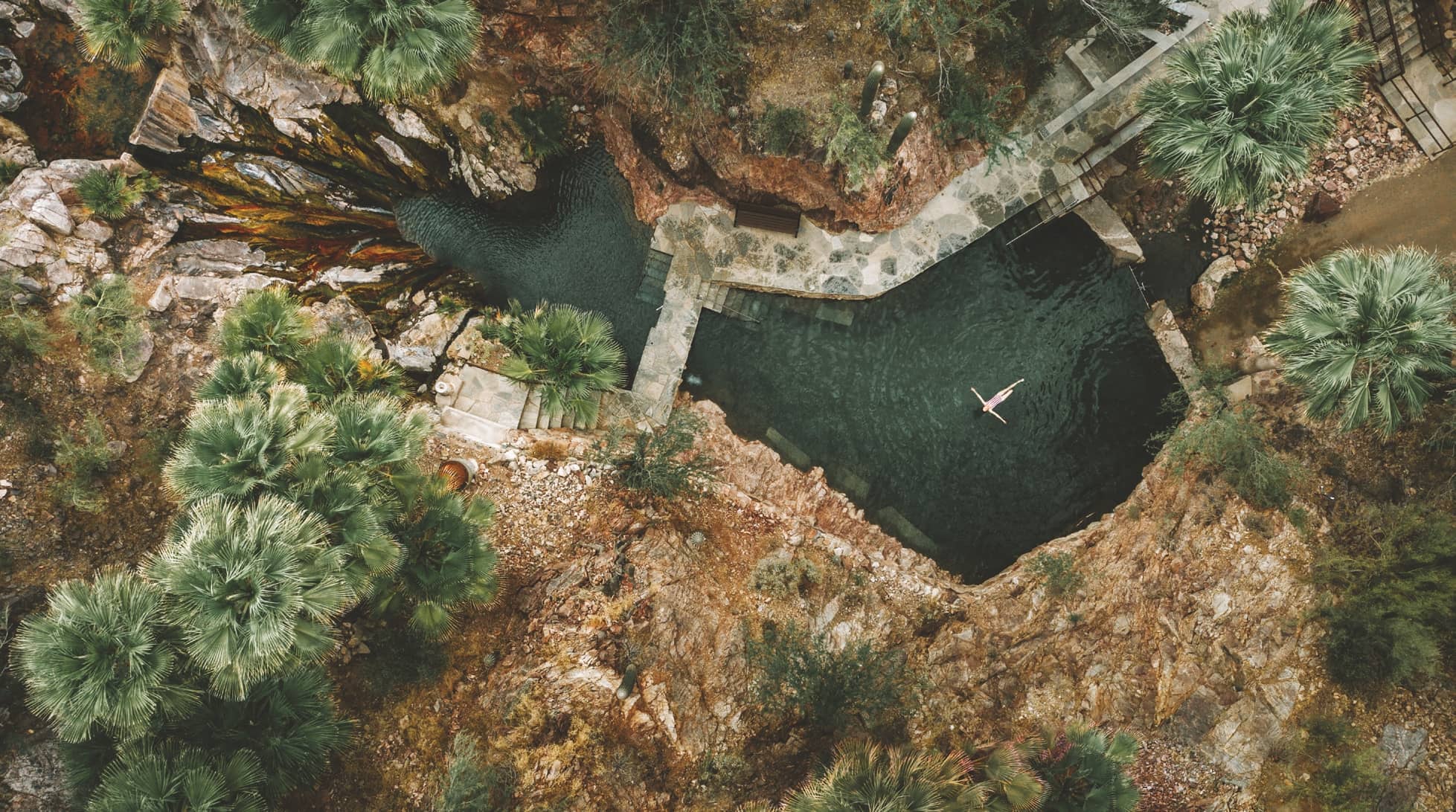 Design is desert chic with curated touches like authentic Navaho rugs, in-room gas-fueled fireplaces and stone tubs in al fresco bathrooms that fill with mineral rich spring water at the touch of a tap.

The resort is also home to a culinary duo of Christopher Brugman and Ian Beger, executive chef and resident agronimist respectively. Brugman (Desert Mountain Club, Manhattan Beach Post) and Beger have been brought in to create an inclusive (yes, inclusive) food and beverage experience that sources about 80 percent of the resort’s menu from local herbs, vegetables and flowers, all grown organically or bio-sustainably.

Diners are treated to pizza with herbs freshly culled from the garden behind the Italian-made pizza ovens and they can even pick their own tomatoes from a massive tomato greenhouse just beyond reception and the intimate restaurant venue.