What Next For YES BANK 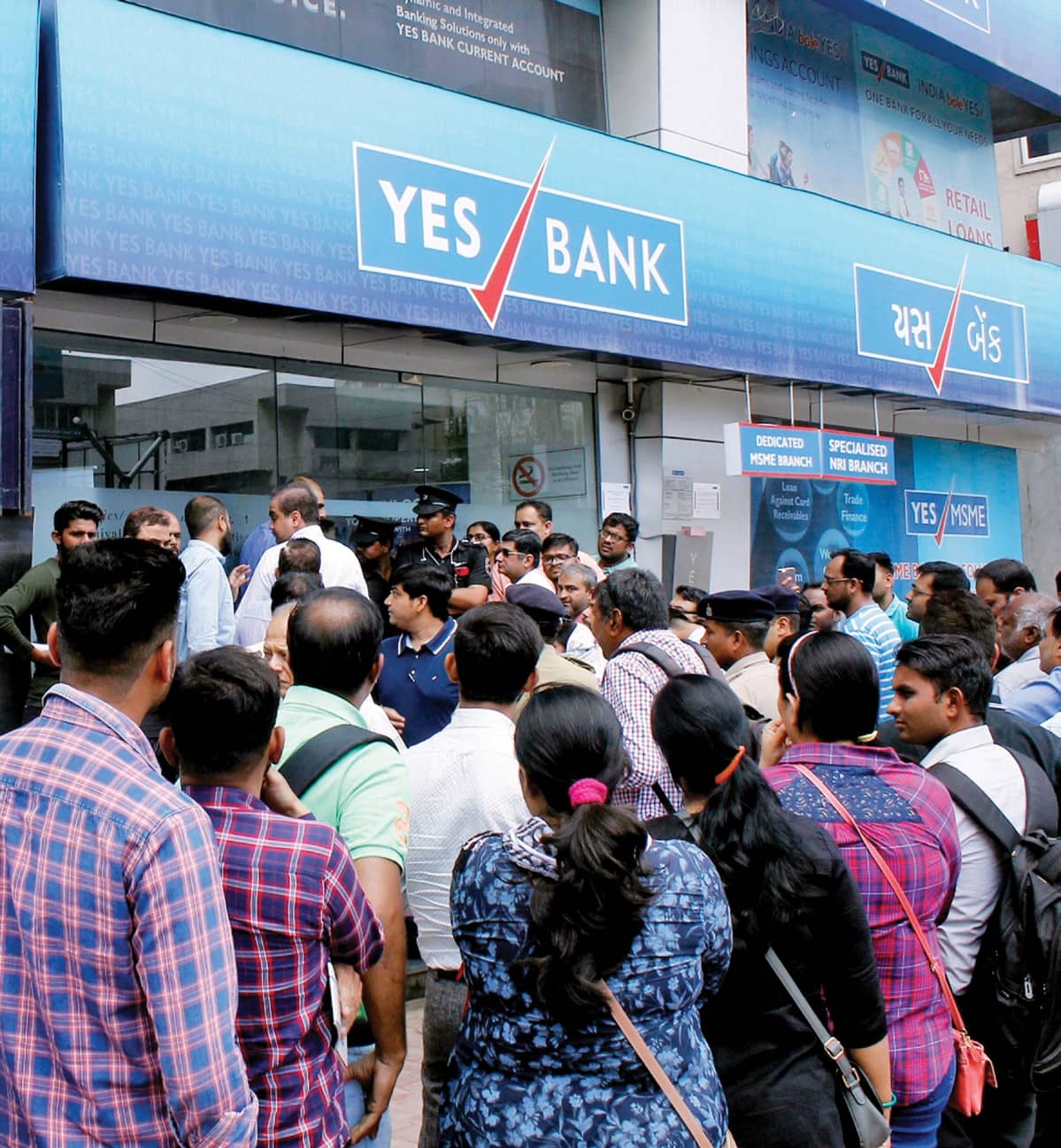 The beleaguered private sector bank will soon be run by SBI-led consortium of investors. This is how things will pan out

Anand Adhikari
At the height of the 2008 financial crisis, New York-based JP Morgan Chase agreed to bail out a troubled investment bank, Bear Stearns, after much prodding by the US government. The deal to buy the marquee bank at a measly price of $10 per share as against the market price of $30 per share (pre-crisis high of $133 per share) after the crisis looked attractive. JP Morgan’s CEO Jamie Dimon initially put up a brave front by boasting about the strengths of the bank’s $2.7 trillion-balance sheet and the marginal impact the acquisition would have on its capital. But as years passed, Dimon realised the big mistake the bank had made in rescuing Bear Stearns. Seven years after the global crisis hit the financial system, Dimon publicly expressed his regret. “No, we would not do something like Bear Stearns again,” he wrote in a letter to shareholders.

This particular story is not to draw any parallel in India. The purpose is to make the point that things do go wrong as ‘bailouts’ are always risky, tricky and, at times, can threaten the very existence of the acquiring institution. Yes Bank’s bailout by India’s largest bank, State Bank of India (SBI), is one of the biggest in Indian financial system’s history. The Indian market hadn’t seen bailouts worth hundreds and thousands of crores. But that is changing. Take the ₹13,000 crore fraud at the public sector bank, Punjab National Bank, which created a big hole in its balance sheet, which the government then tried to fill by injecting fresh capital. Similarly, the weak IDBI Bank was handed over to LIC, which had to pump in over ₹35,000 crore fresh capital to put the bank back on track.

“It is a strategic investment decision by State Bank of India, where, as per the draft scheme, which has been circulated and put in public domain by Reserve Bank of India, the boundaries for this investment have been set. What it does say is that State Bank of India will invest a minimum of 26 per cent that will be locked in for three years,” Rajnish Kumar, Chairman, SBI, told Business Today.

Clearly, a bailout of an ailing institution requires continuous injection of liquidity and capital to put it back in good health. The beleaguered Yes Bank requires anywhere between ₹15,000-20,000 crore capital to absorb losses from further deterioration of its asset quality, and to grow its business. As of Friday, March 13, a capital of ₹11,000 crore is in place. In addition, ₹40,000 crore of liquidity will be required. The market fears that the depositors are likely to flee once the Reserve Bank of India (RBI) lifts the moratorium on Match 18 at 6 pm. There was a run on bank’s deposits in the last one year. The bank’s deposit base has reduced from ₹ 2.27 lakh crore in April 2019 to ₹1.37 lakh crore in March this year.

Currently, depositors are allowed to withdraw only ₹50,000, which could rise significantly once the private bank starts functioning normally. “There could be a scramble for withdrawal,” says a Mumbai-based expert.