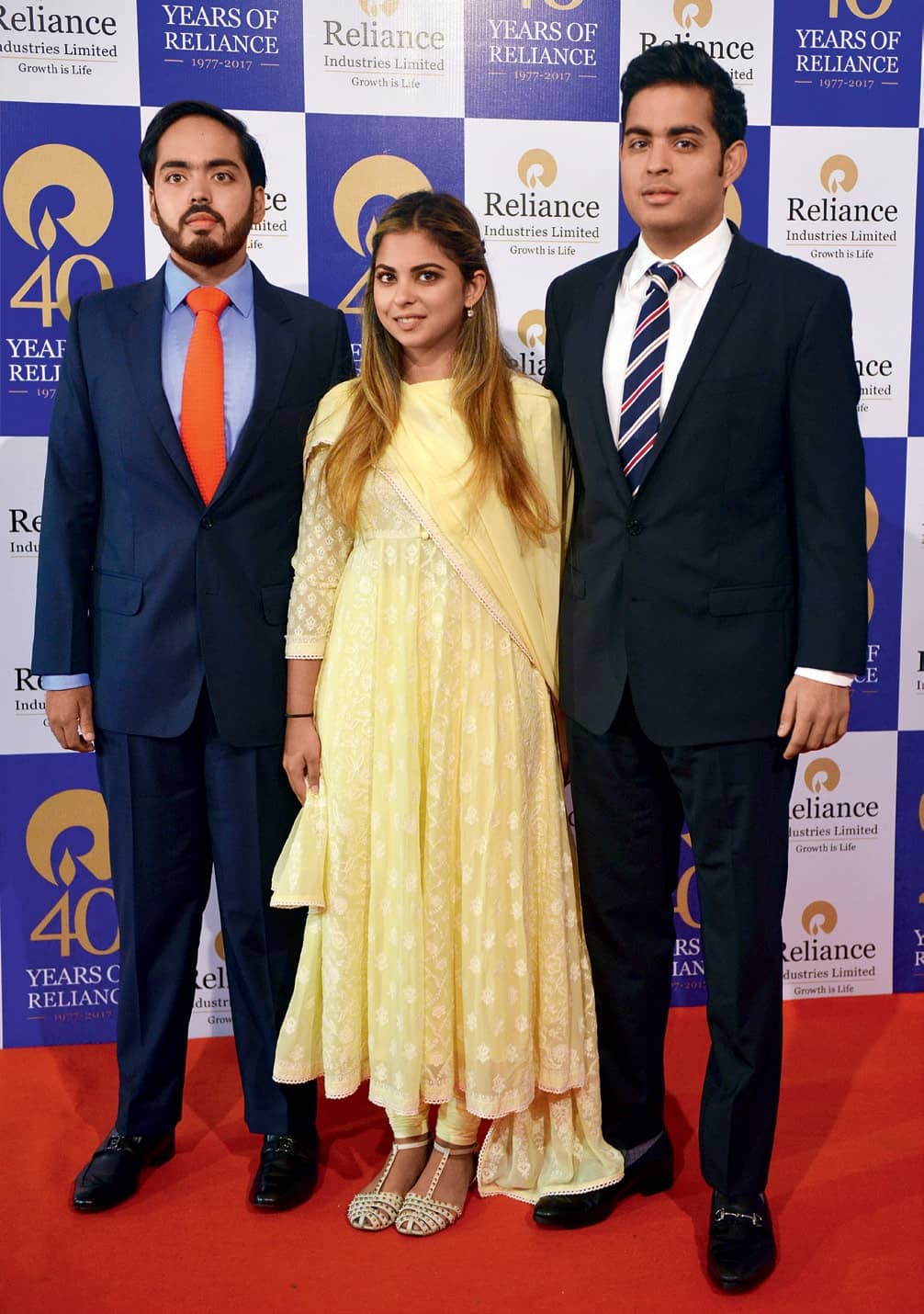 As Mukesh Ambani’s children play a greater role in Reliance Industries, the group is adding muscle to its digital, retail and petrochemicals businesses

If you thought Mukesh Ambani and Mark Zuckerberg sat across a table, assisted by a battery of experts, to frame the Facebook-Jio deal, you are mistaken. Ambani's twin children Isha and Akash led talks for sale of a stake in Jio Platforms (JPL), flying down multiple times to Facebook headquarters in Menlo Park, California, for negotiations. The senior Ambani was given the minutes of the negotiations by the children. The details were shared often at dinner time in Antilla.

The stake sale is a step towards transforming the business empire founded by late Dhirubhai Ambani as a yarn trading company in Mumbai’s Masjid Bunder about 63 years ago. One aim is to rid Reliance Industries (RIL) of a bulk of the massive ₹3.36 lakh crore gross debt ac-cumulated to fund growth businesses — Reliance Jio, Reliance Retail and petrochemicals. The other is to prepare the group for a digital/consumer future. For years, petrochemicals and refining stood taller than others. That is changing. In fact, Ambani doesn’t even call RIL an oil and gas conglomerate any more. Instead, it’s being positioned as a technology company so that the larger objectives are clear: build three businesses — refining & petrochemicals, digital & telecom and retail — of global scale; cut off financial inter-dependence of these businesses; create debt-free balance sheets. 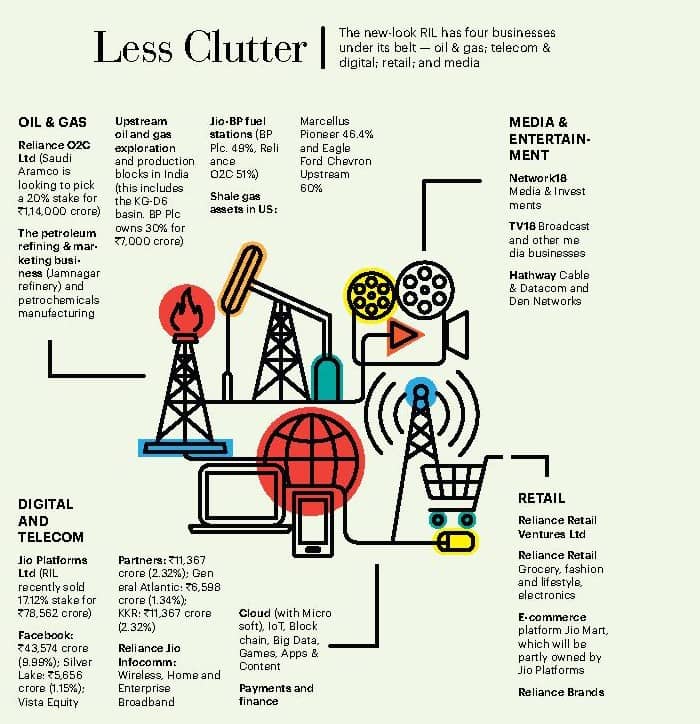 Facebook is buying 9.99 per cent equity in JPL for ₹43,574 crore. This values the digital and telecom company at ₹4.62 lakh crore. This has come amid the coronavirus pandemic that has brought the world economy on its knees and a 41 per cent fall in RIL stock price over the last few months. The deal typifies what Ambani once said, “Our fundamental belief is that for us growth is a way of life and we have to grow at all times”. JPL signed four more deals within two weeks of the Facebook announcement with American private equity giants — Silver Lake, Vista Equity Partners, General Atlantic and KKR — worth a total ₹78,562 crore, and launched a rights issue to raise an eye-popping ₹53,125 crore. Saudi Arabia’s $320 billion sovereign wealth fund, Public Investment Fund, is also in talks to pick up a stake in JPL.

The massive fundraising to deleverage RIL is not over. The world’s largest publicly listed company, Saudi Aramco, is doing due diligence to buy a 20 per cent stake in the refining and petrochemicals business for ₹1.14 lakh crore. Aramco will pick up the stake in the newly floated subsidiary, Reliance O2C Ltd, in which oil and petrochemical businesses are being shifted. Ambani has already completed negotiations with British oil giant BP Plc for selling 49 per cent stake in his fuel station business for ₹7,000 crore. The brand will be renamed as ‘Jio-BP. The mission is zero net debt by March 2021. However, the pace at which the deals are being signed, the target will be met by December 2020, says V. Srikanth, Joint Chief Financial Officer, RIL.