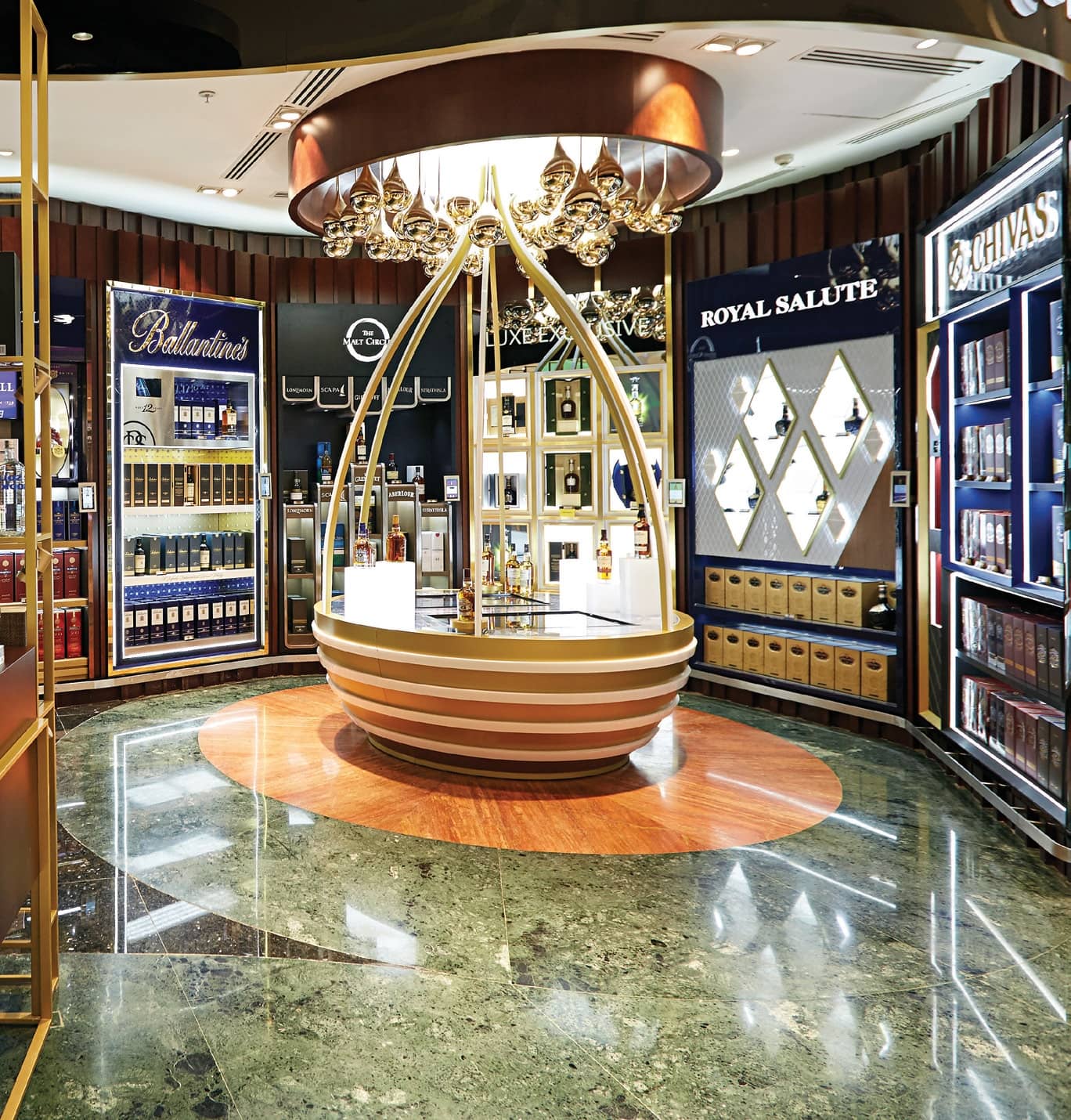 The first duty-free store was established in 1947 at Shannon airport in Ireland. Since then, the global duty-free market has grown to $76 billion (as of 2018). What’s more, it is estimated to grow at a CAGR of 6.5 per cent and reach $112.5 billion by 2025, according to Pune-based Adroit Market Research. India’s duty-free market is estimated at $200 million. Harsha Razdan, Partner and Head – Life Sciences and Consumer Markets, KPMG, says it is expected to quadruple to $800 million by 2025 with sustained CAGR of 20 per cent till that year. “A large part of this growth will be driven by the propensity of Indian consumers to shop for alcohol (80 per cent of all airport shopping) at airports, along with growing and increasingly affluent middle class, greater tourist arrivals and expansion in number and size of Indian airports.”

Apart from the variety, it’s the promotional and other offers that attract people — two bottles of Johnny Walker Black Label for ₹3,990 at the Delhi Duty Free or Stella McCartney Pop Eau de Parfum 100ml for 237 AED at the Dubai Duty Free. Rupali Dean, a food and travel writer, prefers buying MAC cosmetics at Delhi Duty Free as “they are 20 per cent cheaper”.

While liquor remains high on the tobuy list, sales of fragrances and cosmetics have left it behind. The story goes that the best seller at the first duty-free shop was Irish whiskey. For long, liquor was a hot favourite among buyers all over the world. But in the recent past, the scales have tilted towards perfumes and cosmetics. The category grew 23.5 per cent in 2018 to $31.5 billion, while wines and spirits grew 7.2 per cent to $12.2 billion. This was followed by fashion and accessories growing 7.7 per cent to $10.8 billion, according to Generation Research.