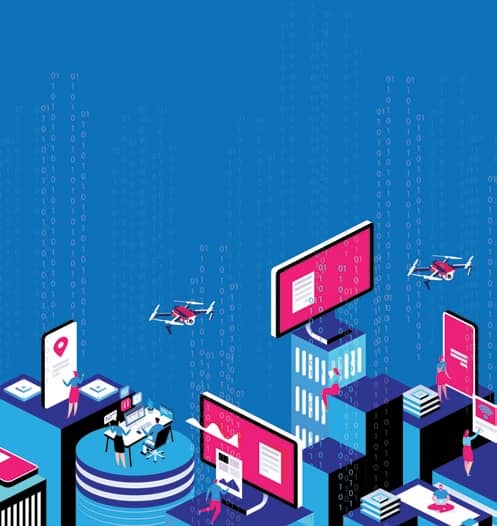 Protecting user data, enhanced capital support to start-ups and changes in it sector laws can transform india into a digitally empowered society

It’s a fight for survival now and I hope youngsters don’t lose heart,” says a leading angel investor, who has been spending a lot of time these days “trying to boost the morale” of start-up founders of his portfolio companies.

Last year, the government released a report on how India has the potential to create $1 trillion of economic value from the digital economy by 2025, up from the current $200 billion. Nearly 50 per cent is expected to come from new digital ecosystems in sectors such as financial services, agriculture, healthcare, logistics, e-governance and others.

The virus outbreak has, however, thrown a spanner in the country’s growth story. Though $1 trillion looks like a distant dream, timely changes in policy and subsequent implementation can still do some damage control.

According to the latest report published by the Internet and Mobile Association of India (IAMAI), India had 504 million active Internet users at the end of March 2020. The country added 30 million rural users compared to March 19, a growth largely fuelled by cheap data. Indians are generating a huge amount of data, which has led to a number of deals in the tech space. Among the big-ticket ones is the Reliance Jio-Facebook deal, where Facebook invested $5.7 billion (₹43,574 crore) in Jio platforms for a 9.99 per cent stake.

The deal has exposed shortcomings in India’s data protection laws. Though both companies have not stated how they plan to leverage data on Indian customers, former Supreme Court judge, Justice B.N. Srikrishna, who headed the committee on data protection laws, has raised a red flag over the lack of a regulator to oversee privacy concerns emanating from such deals. Such a data deal happened “precisely because there is no law”, Justice Srikrishna said in a webinar. Raising concerns around the lack of a redressal mechanism in case of a data breach, Justice Srikrishna said, “Without the Personal Data Protection Act coming into force, where is the regulator?”