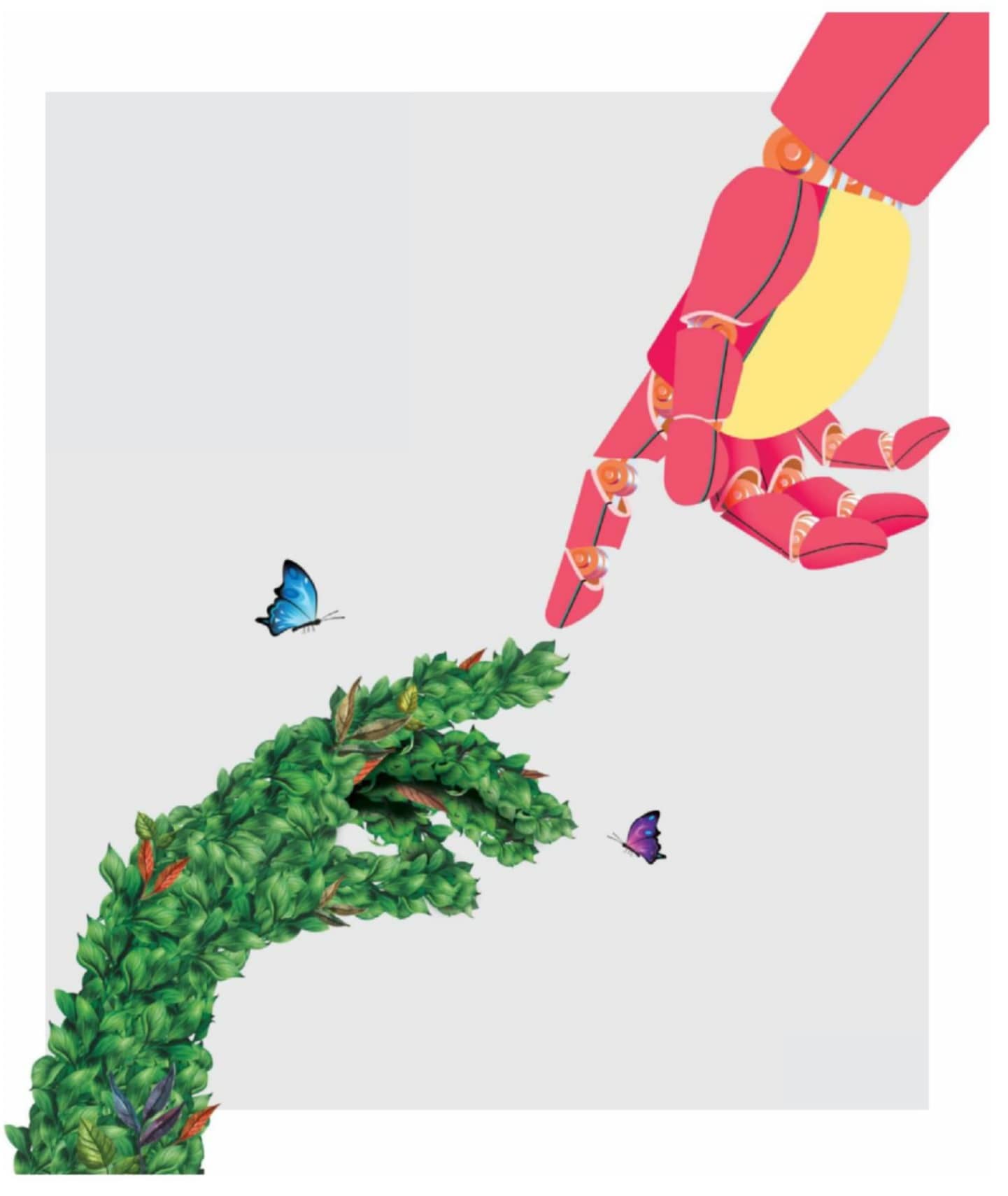 K.T.P. RADHIKA
Ravichandran is a fourth-generation farmer from Poongulam village in Tamil Nadu’s Thiruvarur district. The 62-year-old owns 52 acres of land on which he grows rice, cotton, pulses, sugarcane and black gram. For years, pests had been attacking his black gram crop, and it took days, even weeks, to consult agricultural experts. By the time he got the remedies, the infection spread, resulting in crop loss.

Not anymore. Last year, just as he spotted shrunken leaves, he downloaded an artificial intelligence (AI)-driven application on his phone and uploaded photographs of the leaves. The app, Plantix, took minutes to diagnose that the crop had crinkle virus infection and suggested remedies. The disease, if detected early, is easily controllable by tackling aphid, small sapsucking insects that act as vectors for the virus. “The disease was diagnosed in two minutes. I started remedial measures that afternoon itself. I also used better irrigation methods and harvested 850 kg black gram per acre, all thanks to AI,” says Ravichandran. The earlier output used to be 150 kg per acre.

In 2017, Maharashtra, the country’s biggest cotton producer, was hit by its worst pest infection on cotton in recent times. More than 50 per cent cotton farmers lost 30-60 per cent crop to pink ball worms. In 2018, the state government approached Wadhwani AI, a Mumbai-based AI research institute. The institute built a smartphone-based AI solution to help farmers identify the infection early. The solution, in the pilot stage, will be rolled out next year.

AI is revolutionising Indian agriculture – which employs almost 50 per cent of the country’s total workforce – as tens of startups and technology firms, including big IT ones such as IBM and Microsoft, come up with solutions to age-old problems faced by the agriculture sector.

The Market: According to Economic Survey for FY20, 70 per cent of India’s rural households depend mainly on agriculture for livelihood. Close to 82 per cent farmers are small and marginal. But the sector’s contribution to national income was just 18.2 per cent in FY15. It fell further to 16.5 per cent in FY20, says the survey, a clear signal that India’s farm sector is highly unproductive.

However, technology can change this. A task force set up by the Ministry of Commerce and Industry to explore the use of AI for transforming India has identified agriculture as a major area where AI tools can increase productivity. Its report says AI can help in all stages of farming right from predictive analysis of weather/soil to irrigation management and crop health monitoring to the dissemination of information and packaging and storage of commodities.

The global market for AI in the farm sector was $700 million in 2019, according to research agency Prescient & Strategic Intelligence. The segment is growing at 25.4 per cent a year on average and is expected to reach about $3 billion by 2025, says a report by Grand View Research.

The Indian market is at a nascent stage but that’s bound to change given the rise in population and demand for food. “AI solutions such as soil and crop monitoring, predictive analytics, AI-enabled sensors for data gathering and robotics are emerging, and farmers have started using them,” says Jitesh Shah, Chief Revenue Officer, CropIn, a Bangalore-based aggrotech company. “AI ensures efficient farming and rise in yield while quickly solving problems.”