In a Tight Corner 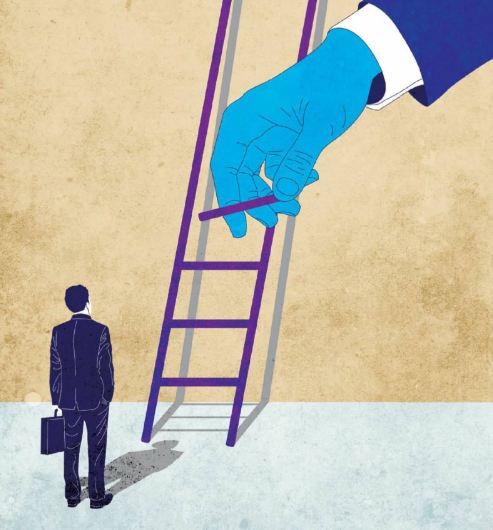 States finally have headroom to borrow more from the market. But there’s a cost to it

The road to fiscal consolidation is never easy. It is, in fact, fraught with serious economic consequences.

For instance, the Centre’s fiscal deficit was 2.5 per cent of gross domestic product (GDP) just before the global financial crisis hit the world in 2008. Government stimulus pushed it to a high of 6.5 per cent in FY10. It took almost a decade to bring it to sub-4 per cent – it was 3.33 per cent of GDP in FY20, far higher than the 2.5 per cent in FY08. And there is no likelihood of it coming down to 3 per cent any time soon.

Similarly, the Uday bonds scheme for the power sector — state governments took over 75 per cent of discoms’ debt and pay back lenders by selling bonds — actually had a negative impact on states’ fiscal position between 2015 and 2017. Their balance sheets are yet to recover from that shock. And there is no chance that they will recover anytime soon.

Under its economic stimulus package to combat the effect of Covid-19, the Centre has increased the borrowing limit for states from 3 per cent to 5 per cent of gross state domestic product (GSDP). This means states can borrow ₹4.28 lakh crore more to meet Covid expenditure and shortfall in revenues due to the lockdown. But additional borrowing brings in additional risks as well. State governments have to navigate judiciously ahead.

While the Central government has acceded to state governments’ demand for increasing the borrowing limit to 5 per cent of GSDP, this has come with a set of riders. States are permitted to borrow up to 3.5 per cent, or around ₹7.5 lakh crore, unconditionally. For the next 150 basis points (100 basis points is 1 percentage point), they have to follow certain conditions. The first 100 bps of this has to be linked to “clearly specified, measurable and feasible reform actions”. These include universalisation of the One Nation, One Ration Card Scheme, and improvements in ease of doing business, power distribution and revenues of urban local bodies. The last leg of 50 bps will be unlocked depending on how states score in three of the four reform areas.

So, how difficult is it for states to achieve these objectives? T.S. Singhdeo, Minister of Commercial Tax, Chhattisgarh, says One Nation, One Ration Card is not very difficult as ration cards are already linked to Aadhaar. “Earlier, you could duplicate ration cards, but with Aadhaar-linking, fudging ration cards is anyways not possible.”

On reforms in power sector and urban local bodies, he says, “Reforms in urban local bodies mean you are forcing states to increase taxes on people. Same thing with power. You are saying we won’t allow you to borrow more if you offer power subsidies. Again, you are encroaching upon rights of states to provide relief to farmers and citizens.”