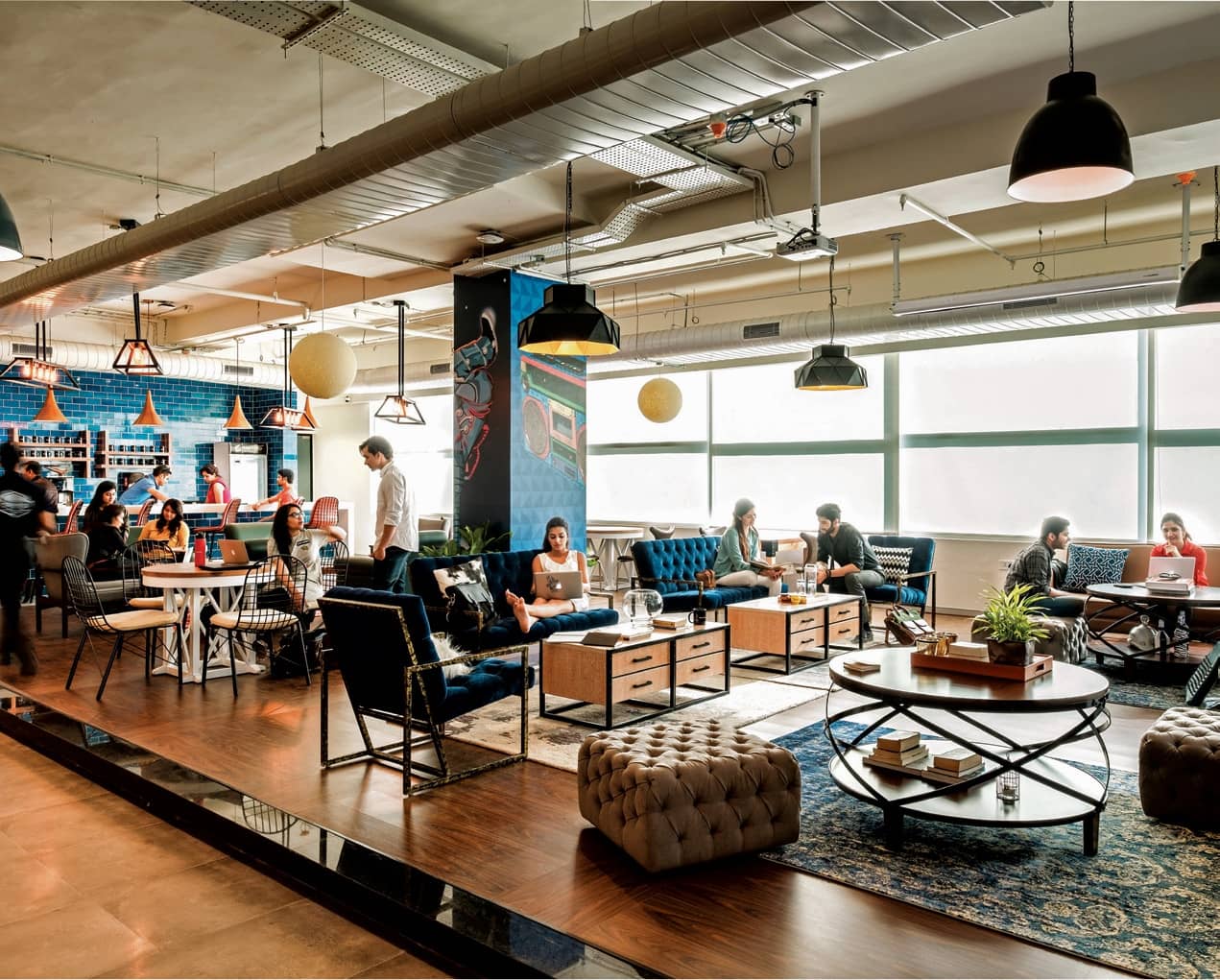 The WeWork IPO debacle has not hit the optimism of Indian co-working players.

ADAM NEUMANN, CEO OF WEWORK, the American poster boy of co-working spaces, was forced to quit after the company’s IPO flopped spectacularly. In just one month, the company brought down its valuation from $47 billion to $10 billion, before postponing the issue indefinitely. Investor SoftBank and its Vision Fund collectively wrote down $8.2 billion on WeWork investments, forcing its head, Masayoshi Son, to admit that investing in WeWork was a mistake.

The tremors of the WeWork debacle were felt in India too. Some started questioning the feasibility of the boom in co-working spaces that India has been seeing over the last few years. The future of WeWork India, too, became a hotly debated topic. Realising the gravity of the worries, Jitendra Virwani, Chairman and Managing Director of the Bengaluru-based Embassy Group — which runs WeWork’s India franchise, managed by his son and CWeo (Chief Wework Executive Officer) — called a select media briefing in Bengaluru to stress that the company was upbeat about the future. In spite of Embassy being India’s leading office space builder, he emphatically said that if he had money today, he would invest in his son’s business than his own (traditional office space). “WeWork India has grown much faster than the other WeWork entities,” he said. While the global valuation of WeWork took a massive hit when the company launched its IPO, Virwani said even if WeWork had gone for an IPO at a valuation of $14 billion, the India business would have still been worth $3 billion. Embassy was looking to sell its 70 per cent stake in the Indian entity through the IPO for nearly $2.7 billion. However, with the current turn of events, an exit is unlikely in the near future. But Virwani still believes that with huge opportunities ahead, the co-working business will keep going strong, with or without the WeWork IPO.