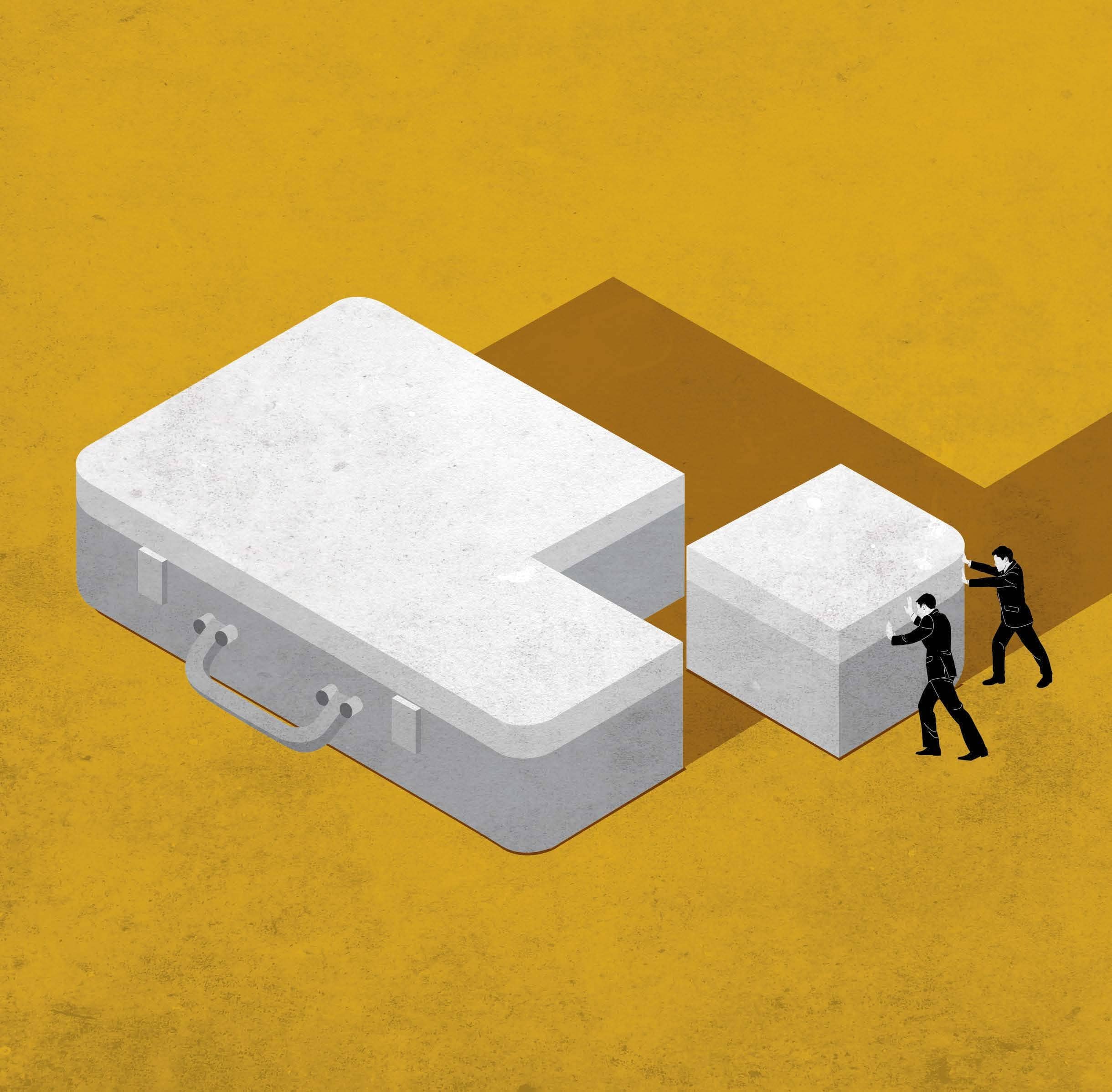 A slowing economy and widespread stress in India Inc. are reating opportunities for promoters and strategic investors to ink M&As, buy back shares and delist

ANAND ADHIKARI
A few months ago, no one thought remote-controlled drones, used in military warfare, logistics and search and rescue operations, will be used in M&As. But travel restrictions are making investment bankers use drone footage of factories to give prospective buyers a 360-degree view from inside and outside.

“The buyer can visit the plant when the deal reaches the final stages,” says an investment banker involved in one such deal. Negotiations are taking place over Zoom or Skype. This is probably one reason why deal street is buzzing despite lockdown since end-March. The investment banking community has found many ways to complete a transaction, including structuring the deal in a way that it is linked to future deliverables. So far, the M&A deals in 2020 have crossed $32 billion.

A big backlog of pre-Covid deals had smooth sailing in Q1 of FY2021. Jio Platforms, the subsidiary of Reliance Industries, raised over $20 billion from a dozen marquee investors such as Facebook, Google, KKR, General Atlantic, TPG, Silver Lake, and Intel, among others. Jio Platforms alone pushed private equity (PE) and venture capital investments in May 2020 to $5.4 billion, compared to $2.8 billion a year ago. GMR Infrastructure, which operates Delhi and Hyderabad airports, sealed a deal to sell 49 per cent in its airport business to France-based ADP. In July this year, Carlyle signed a deal to acquire a 25 per cent stake in Bharti Airtel’s data center business.

“Among the deals underway, a few are in pharma, tech, and digital services. Buyers see these as fundamentally good assets, neutral-to-positive in terms of Covid impact, with a favorable market trajectory,” says Amitabh Malhotra, Head, Investment Banking, HSBC India.

Similarly, low market valuations in some commodity businesses are providing promoters a once-in-a-lifetime opportunity to buy back shares. Anil Agarwal of Vedanta and Gautam Adani of Adani Power have decided to delist their companies. Promoters are also raising confidence capital for M&A opportunities in an economy that is likely to head into a recession. Uday Kotak of Kotak Mahindra Bank has said that they are open to inorganic opportunities in financial services. V. Ramakrishnan, Chief Financial Officer of IT giant TCS, recently said economic downturns are the best time to strike deals. TCS had struck one after the 2008 financial crisis when it had acquired the Citigroup Global Service business for $505 million. So, how will deal street pan out in the post-Covid world?

Puneet Renjhen, Executive Director, Investment Banking, Avendus Capital, shares his past experience of such events. “M&A and fund raising generally get heightened after a year or so. Hence, the M&A outlook looks very robust in the next 12 to 36 months, especially in sectors hit by Covid,” says Renjhen.

Clearly, opportunities are opening up for promoters with a war chest, financial investors and PE players. 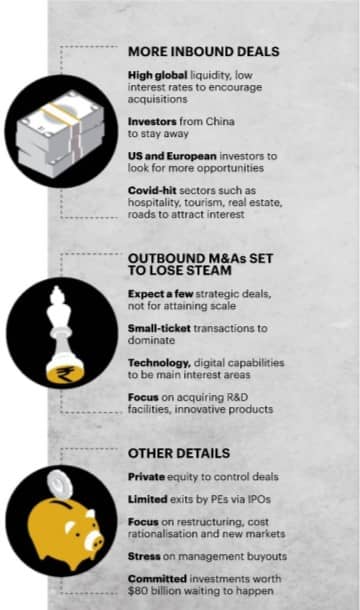 Many corporates will require rescue capital or funding support to survive in the challenging operating environment. Consumer discretionary companies (malls, multiplexes, travel, fashion), micro-finance institutions, apart from affordable housing, hospitality, tourism, and auto component players, will face liquidity issues. These companies are restructuring to cut costs. Airport, hospitality, tourism, NBFC, and micro-finance players are also severely hit. A big transaction of a sovereign fund acquiring a stake in a micro-finance company got stuck because of business disruption and uncertainty in the micro-finance industry. “It is not a question of a revised business plan but what is the business plan and how you can draw conviction,” says an investment player.