A campaign for boycott of Chinese products is opening up opportunities for local brands in smartphones and TVs. But do they have the scale to upstage the Chinese?

On the afternoon of June 18, a video featuring a group of men in Coimbatore shouting anti-China slogans and smashing smartphones went viral on social media. The same day, another group of men, this time in Surat, were seen doing the same to a TV set. This beat the earlier one in internet popularity due to its higher drama quotient.

The videos emerged less than 72 hours after the clash between Indian and Chinese forces at Galwan Valley in East Ladakh that led to the death of 20 Indian soldiers. Since then, relations between the two countries have been strained. This has manifested itself in a public campaign to boycott Chinese goods, especially smartphones and TVs, the two segments dominated by companies with Chinese origin. This swirl of nationalism has given fresh wind to local brands steamrolled into dust by the Chinese a few years ago. Companies such as Micromax, Karbonn, and Lava in smartphones, and Onida, Weston, Salora, once household TV names, along with new entrants like VU Technologies, are sensing an opening to increase market penetration. Any real dent in demand, howsoever small, for Chinese products in the two categories, will throw up a sizeable opportunity for these local players.

Take smartphones. Around 158 million smartphones were sold in India in 2019. This made it the world’s second-largest market behind China with revenues of $8 billion. Four of the top five bestselling brands in the country are Chinese, led by Xiaomi and Vivo and followed by Realme and Oppo. Together, they account for over 80 per cent of the market (Q1 2020). The domestic feature phone market is worth another 130 million units. The market leader is iTel, owned by Shenzhen-based Transsion Holdings. The hold of the dragon is relatively weaker in this segment.

In the nascent smart TV segment, which is in many ways seen as an extension of the smartphone market, China again accounts for the lion’s share. Xiaomi is the market leader. It enjoys the company of compatriot TCL in the top five. Others are gearing up for action but more on that later.

In a highly competitive and technology-driven sector like consumer electronics, consumers rarely opt for newer or smaller brands. The anti-China sentiment, however, could provide a springboard for local brands to beat the heavyweights. But do they have the ability to exploit this opportunity or will it be business as usual once winter sets in and the dust settles in the cold desert of Ladakh? Or will non-Indian, non-Chinese companies benefit?

Away from the border, a battlefield of another kind is being readied. 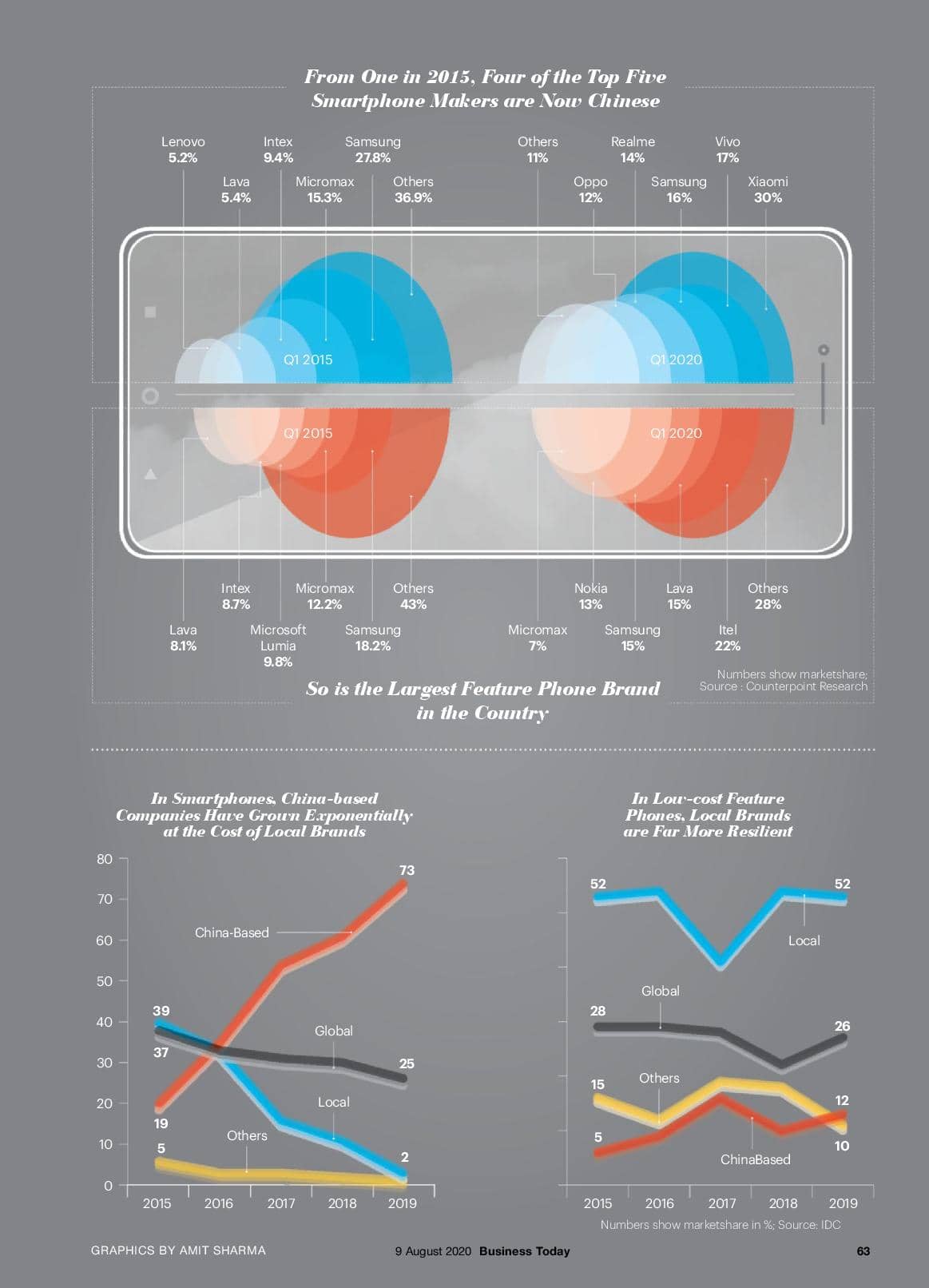 The Rise of the Chinese

Since then, the rise of Chinese brands has been as exponential as it has been relentless. By 2017, they had more than half the market. So much so that towards the fag end of the year, when Xiaomi upstaged Samsung to emerge as India’s biggest smartphone maker, it did not feel like a flash in the pan. It has since then consolidated its position at the top.

The rise of the Chinese came at the cost of local brands. The local players were hamstrung by technology (most were sourcing it from China) and did not have pockets deep enough to withstand the onslaught. By 2018, their share had shrunk to 10 per cent. Today, less than 2 per cent buyers opt for local smartphone brands. “I can't think of any country where the Chinese have dominated like this,” says Tarun Pathak, Associate Director, Counterpoint Research. “Everything fell in place perfectly for them from 2016 when they started accelerating. They were ahead of the curve and invested in 4G when local companies were still into 3G. The decline in data prices also helped companies like Xiaomi that had an online-first strategy. They also went for innovation in devices for India. Indian brands, on their part, were facing headwinds such as demonetisation and GST and were vulnerable as the Chinese built momentum.” 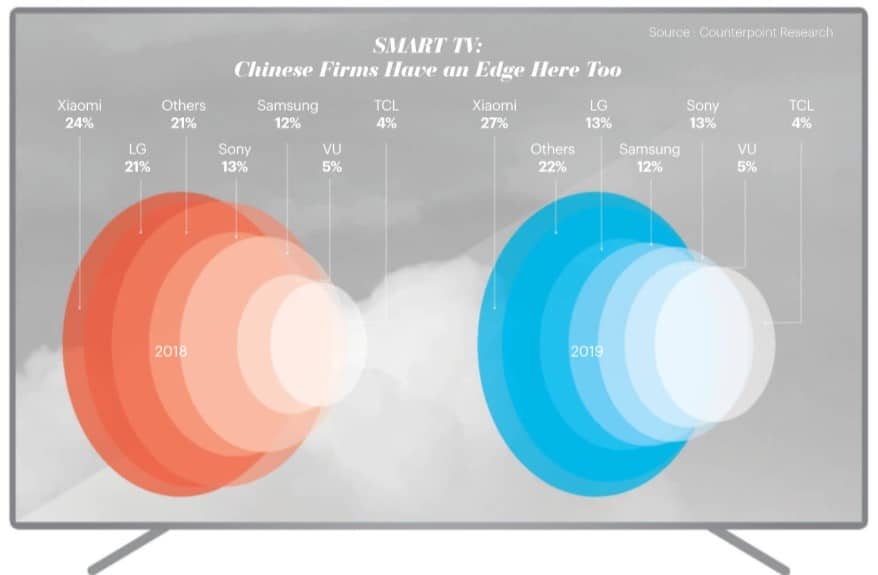