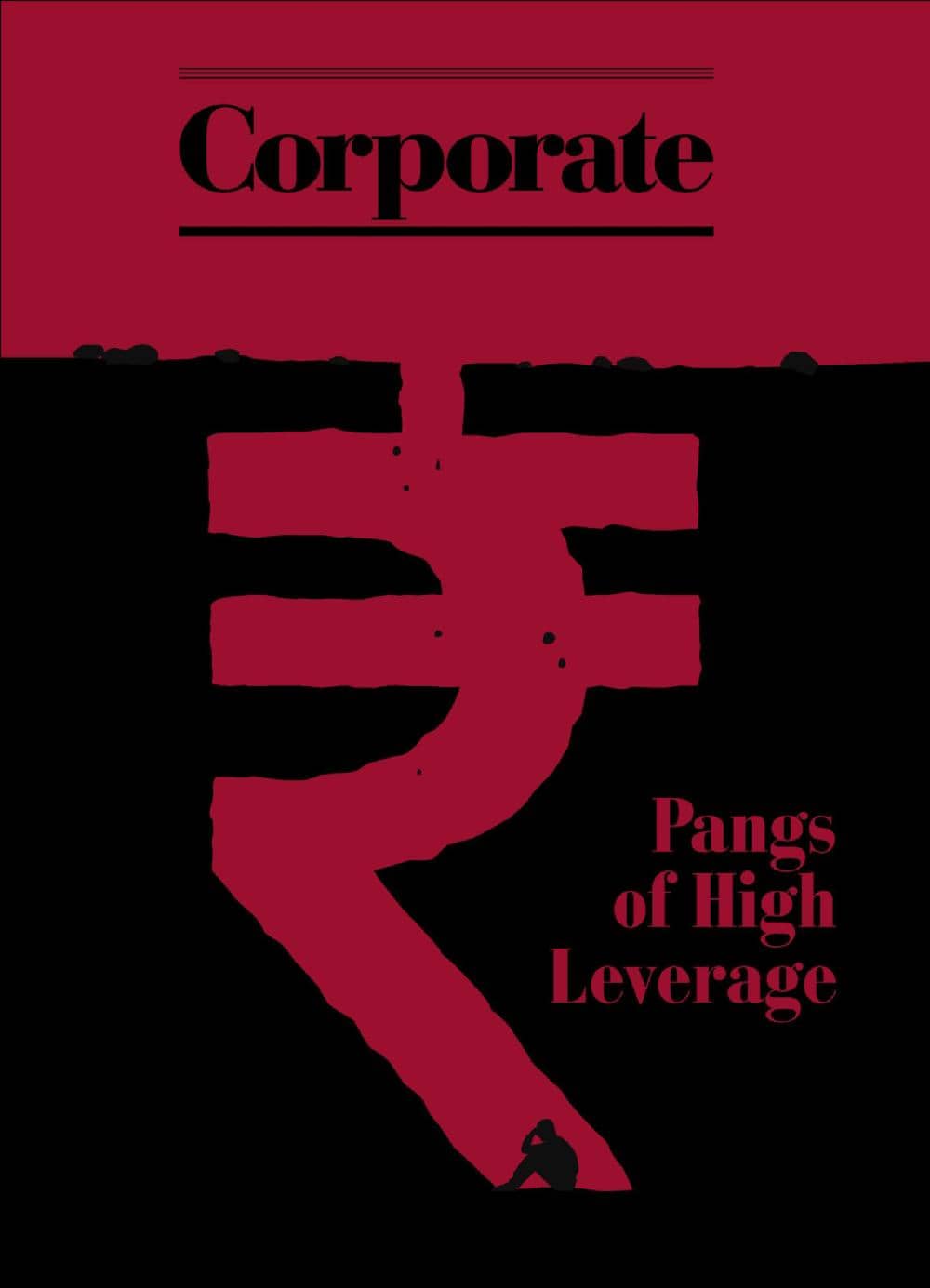 With the post-lockdown economy still to pick up, highly leveraged companies are looking at ways to reduce debt

Vital statistics often hide more than they re-veal. India’s 20 most-leveraged private sector companies, excluding those that have filed for bankruptcy, have a combined debt of ₹15.4 lakh crore — almost half of the government’s budget expenditure planned for FY21. The first five companies in the pecking order — Reliance Industries Ltd (RIL), Vodafone Idea, Bharti Airtel, Larsen & Toubro (L&T) and Tata Steel — account for ₹7.7 lakh crore, according to the latest available numbers for FY19.

Even though they do not represent FY20 numbers since most firms are yet to finalise their annual reports, the debt burden of most companies is unlikely to see an erosion, except Reliance Industries, which recently got ₹1.16 lakh crore from foreign investors by selling 24.7 per cent stake in subsidiary Jio Platforms Ltd (JPL). All the other companies in the pecking order are yet to come up with their debth-handling plans at a time when uncertainty surrounds the Indian economy. In the past, many of the high debtors in the list — Reliance Communications, Bhushan Steel, Essar Steel, Videocon, Lanco Infra and Jaiprakash Associates — had defaulted on loans and filed for bankruptcy. A few promoters lost their firms and some went for liquidation.

Not The Right Time

At present, it is difficult to service loans due to consecutive lockdowns. Companies that have availed the six-month moratorium offered by the Reserve Bank of India (RBI) will have to pay the principal and interest at the same time once the freeze is lifted after August. Bankers are worried since some of these companies are yet to achieve normalcy in cash flows.

For instance, steel companies are facing huge manpower shortage after migrant workers moved back to their native places. Orders from Europe and West Asia are lined up, but scaling up production is an issue. Carmakers are in the middle of deferring discretionary purchases by consumers, while real estate developers are struggling to find capital to complete ongoing projects. Incumbent players in the telecom industry — Bharti Airtel and Vodafone Idea — meanwhile will have to find investors to reduce debt and invest further to make their networks 5G-ready.

Seshagiri Rao, Joint Managing Director and Group Chief Financial Officer, JSW Steel, says while forecasting risk, companies work on different business scenarios by reducing capacity utilisation, selling prices and margins by 1520 per cent, or increasing the cost of production at the same level. They anticipate the worst-case scenario based on these assumptions and build a liquidity buffer, while putting in place a balanced capital structure. But, according to Rao, all these assessments hold no value during the current crisis, since no company would have foreseen a zero top line for two months. The situation is not similar to managing compressed margins and deferred profitability, he adds.

₹1.63 LAKH CRORE Gross debt of four power majors in the list of the top 20 most indebted companies

2.5% Reduction in the repo rate by the RBI in last 18 months. Banks have failed to pass on the same to consumers 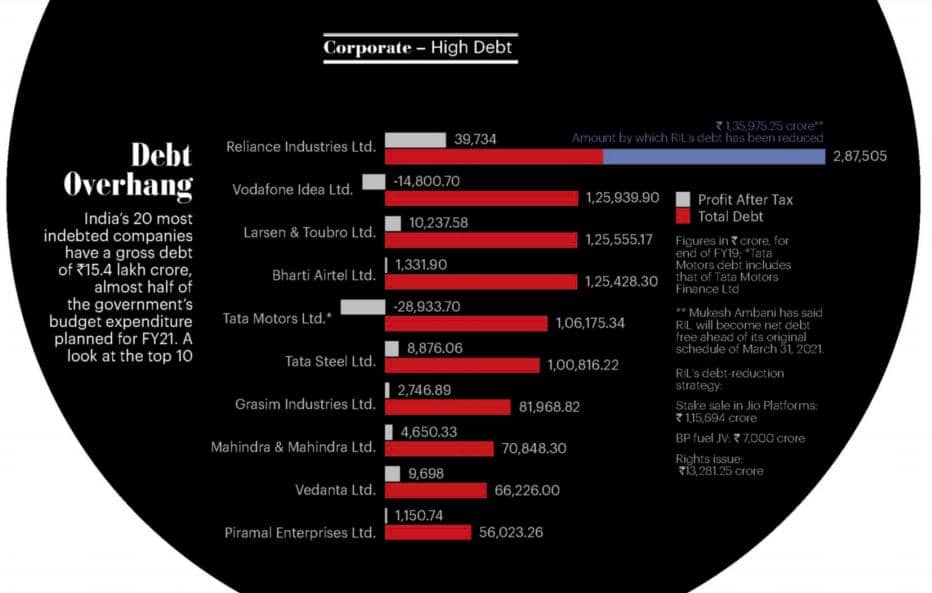