Battle Of The Titans 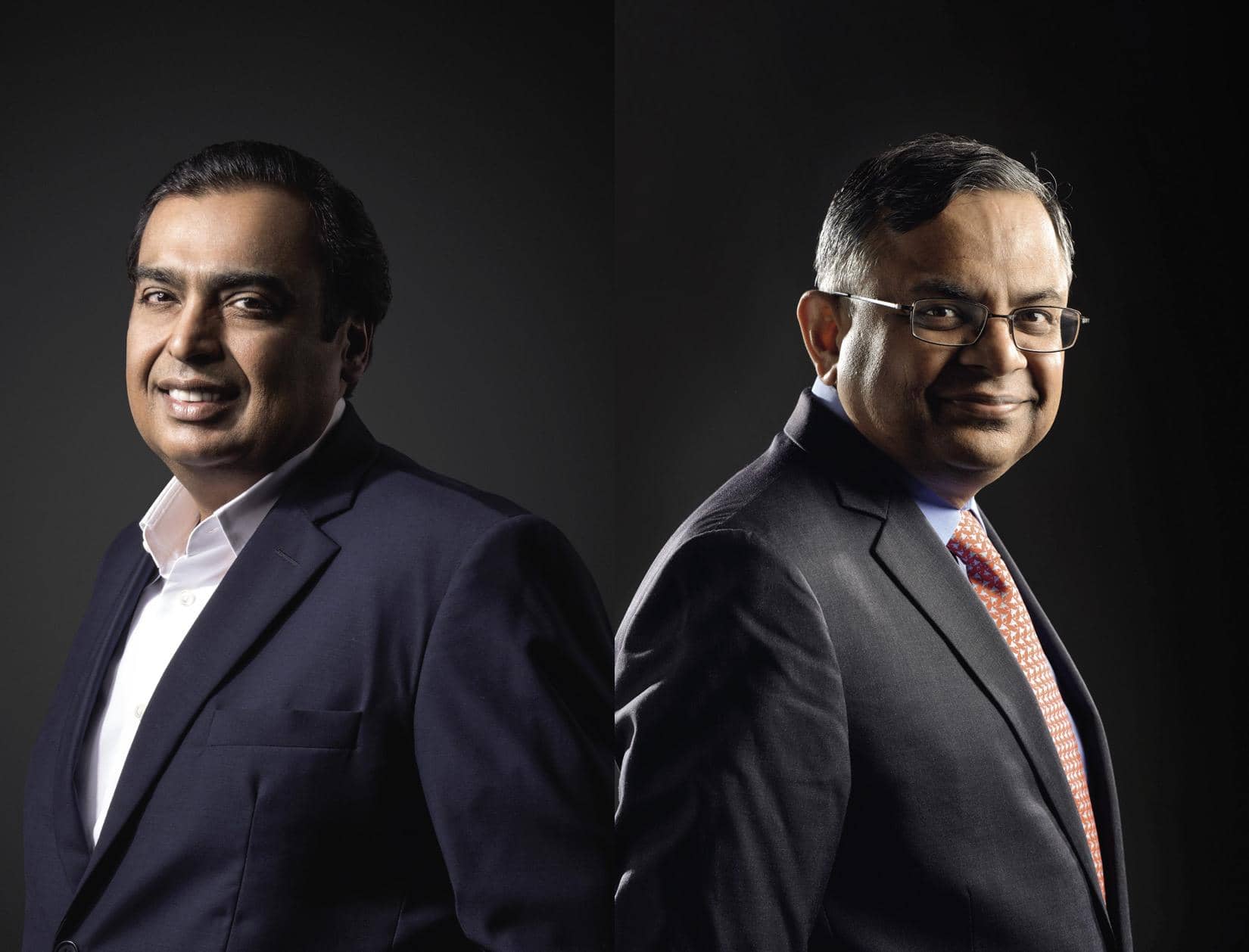 The investments of Facebook and Google in Jio Platforms have cemented RIL’s position, catapulting its market value and putting it way ahead of TCS in the No.1 spot

In early March, when the government was contemplating a nationwide lockdown to control the spread of coronavirus, billionaire Mukesh Ambani’s core team was in the last lap of negotiations with global tech giants Facebook, Intel, Qualcomm and a slew of foreign private equity investors, inviting them to invest in Jio Platforms (JPL), the telecom and digital subsidiary of Reliance Industries (RIL). Talks with Google were also shaping up, though there were differences on valuation. The lockdown had a devastating effect on the economy — factories grounded to a halt, migrant workers rushed to their home towns, the stock market crashed and banks counted on possible loan defaults. On March 23, RIL’s share crashed to ₹875 from its January high of around ₹1,500.

A month later, on April 22, JPL announced sale of 9.99 per cent stake to Facebook for ₹43,574 crore. Over the next three months, when everyone was working from home, 13 more deals, ending with the Google investment of ₹33,737 crore for a 7.73 per cent stake were done. Ambani sold 32.97 per cent in JPL to raise ₹1.52 lakh crore, amazing industrialists who were confined to their homes. These deals resulted in the average market cap of RIL during the October 2019-September 2020 period touching ₹10.5 lakh crore, a 35 per cent rise over the previous year.

That’s exemplified by the way RIL’s share hit a peak of ₹2,369 in mid-September, from the low in March, scripting a 170 per cent rise in six months. The market cap crossed ₹15 lakh crore for the first time for any Indian company. Apart from the JPL deals, another subsidiary, Reliance Retail Ventures (RRVL), raised ₹47,265 crore by selling 10.52 per cent stake to seven private equity giants, including Silver Lake, KKR, General Atlantic, Mubadala and ADIA. In fuel retail, RIL sold 49 per cent stake to BP plc and raised ₹7,629 crore. The company also executed the largest rights issue of ₹53,124 crore and raised 25 per cent (₹13,275 crore) of the total during the time of subscription in June. As a result, RIL mopped up an investment of ₹2.5 lakh crore during the pandemic and cleared off the entire net debt of ₹1.61 lakh crore it had in March.