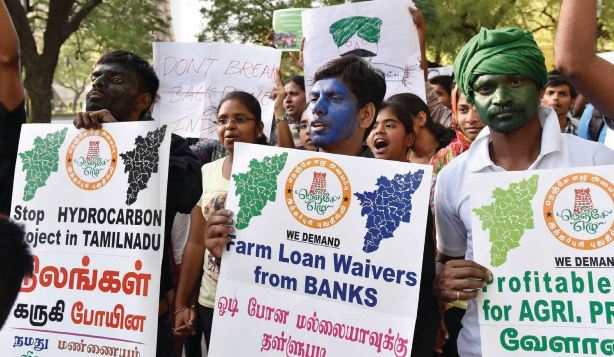 Political parties promise a lot of goodies in their poll manifestos. After coming to power many of these promises remain unfulfilled for which they look for excuses. Farm loan waiver is also a poll gimmick for many parties and promising it even in non-poll times giving in to the pressure of the powerful agrarian lobby is now a trend. Economic experts say it is a promise that should not be made and if made not to be honoured in the best interests of the country. But populism does not pay heed to economic rationalism. The result is divergence from fiscal discipline. Both the path and the outcome are slippery. A Bureaucracy Today analysis.

Earlier in June this year, Reserve Bank of India Governor Urjit Patel while presenting the RBI Credit Policy had a remark on the farm loan waiver attitude of many State Governments. It was a scathing attack on doling out funds for farmers who in any way don’t pay income tax in India.

It stems from the RBI’s monetary policy review which points out the risk of fiscal slippages which can entail inflationary spillovers due to large farm loan waivers announced by the States.

The RBI has warned of the fiscal situation getting out of hand if the States unabatedly continue to waive farm loans saying it also risks spurring inflation. Patel said that unless State Governments’ budgets allow that fiscal space to go in for a loan waiver, it would be risky to tread that path.

“The risk of fiscal slippages, which by and large can entail inflationary spillovers, has risen with the announcements of large farm loan waivers,” the RBI said in its second bimonthly monetary policy review for 2017-18.

Patel also said the risk of going down the “slippery path” of waiver could dissipate the important gains that the States made in fiscal rectitude over the last two or three years.

“Past episodes in our country had shown that when there are significant fiscal slippages they do permeate to inflation sooner or later. So, it is a path that we need to tread very carefully and before it gets out of hand,” he said.

Despite this warning, Maharashtra Chief Minister Devendra Fadnavis said the Government will announce a loan waiver before October 31 and about 1.07 crore farmers with less than five acres of land would be eligible for it.

In April 2007, the Uttar Pradesh Government waived farm loans worth Rs 36,000 crore and if the Maharashtra Government implements its waiver scheme, it will cost the State exchequer an estimated Rs 30,000 crore.

Madhya Pradesh farmers too have been agitating since June 1 seeking loan waivers, higher minimum support prices and other benefits.

In fact, Maharashtra is the only State that has agreed to give a total farm loan waiver giving in to the demand of the farmers’ lobby.

A BANK OF AMERICA REPORT

These doleouts would nullify the RBI’s measures to clean up bank balance sheets, the group said.