The Case Of Malaysia's Missing Money 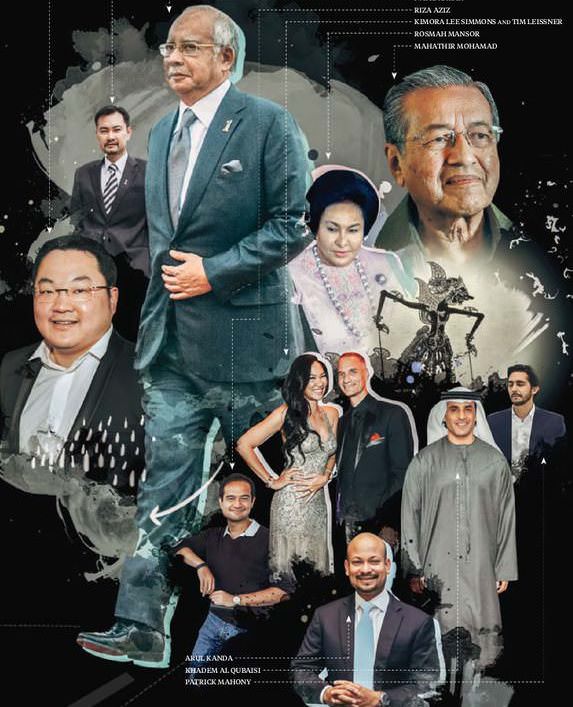 The near collapse of a state-owned company has rocked the government, rattled investors, and stirred public outrage.

In the spring of 2013, Song Dal Sun, head of securities investment at Seoul-based Hanwha Life Insurance, sat down to a presentation by a Goldman Sachs banker. The young Goldman salesman, who had flown in from Hong Kong, made a pitch for bonds to be issued by 1Malaysia Development Bhd., a state-owned company closely tied to Malaysian Prime Minister Najib Razak.

It was enticing. The 10-year, dollar denominated bonds offered an interest rate of 4.4 percent, about 100 basis points higher than other A-minus-rated bonds were yielding at the time, he recalls. But Song, a veteran of 25 years in finance, sensed something was amiss. With such an attractive yield, 1MDB could easily sell the notes directly to institutional investors through a global offering. Instead, Goldman Sachs was privately selling 1MDB notes worth $3 billion backed by the Malaysian government. “Does it mean ‘explicit guarantee’?” he recalls asking the Goldman salesman, whom he declined to name. “I didn’t get a straight answer,” Song says. “I decided not to buy them.”

The bond sale that Song passed up is part of a scandal that has all but sunk 1MDB, rattled investors, and set back Malaysia’s quest to become a developed nation. Najib, who also serves as Malaysia’s finance minister, sits on 1MDB’s advisory board as chairman. The scandal’s aftershocks have rocked his office, his government, and the political party he leads, United Malays National Organisation, or UMNO. A state investment company trumpeted as a cornerstone of Najib’s economic policy after he became prime minister in April 2009, 1MDB is now mired in debts of at least $11 billion. Former Prime Minister Mahathir Mohamad, a one-time political mentor who’s turned on Najib, says “vast amounts of money” have “disappeared” from 1MDB funds. 1MDB has denied the claim and said all of its debts are accounted for. The prime minister’s office declined to comment for this article. 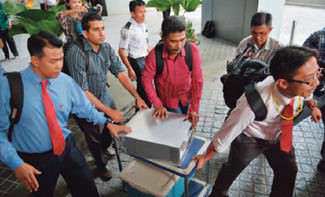 From the moment in 2009 when Najib took over a sovereign wealth fund set up by the Malaysian state of oil-rich Terengganu and turned it into a development fund owned by the federal government, 1MDB has been controversial. Since the beginning of this year—with coverage driven by the Sarawak Report, a blog, and The Edge, a local business weekly—the scandal has moved closer and closer to the heart of government, sparking calls for Najib’s ouster and recalling Malaysia’s long struggle with corruption and economic disappointment.

Mahathir, who was prime minister from 1981 to 2003, now accuses Najib of “hijacking” the Terengganu Investment Authority,or the TIA, from the state government. Not so, 1MDB said in a statement: The state government willingly “decided to withdraw from the TIA” after the federal government guaranteed the TIA’s bonds.

That didn’t end the argument. Beginning in March, as public pressure grew, the country’s auditor general, the parliament’s public accounts committee, the central bank, and the police have all homed in on 1MDB. The force of the scandal helped topple the ringgit, the worst-performing currency in Asia as of July 16, down 8.1 percent against the dollar since the start of the year. Foreign reserves plunged 20 percent in June from a year earlier.

On July 3, the Wall Street Journal, citing documents from government authorities, reported that investigators believe almost $700 million in cash moved through state agencies, banks, and companies linked to 1MDB before eventually finding its way into Najib’s personal accounts. The money reportedly included two transactions—one worth $620 million; another, $61 million— made in March 2013, two months before a general election returned Najib to power as part of the Barisan Nasional, or National Front, coalition.

In a country with no public campaign financing and few strictures on political donations, the alleged cash flows caused alarm. Before the 2013 election, on March 12, 1MDB Chairman Lodin Wok Kamaruddin and Khadem Al Qubaisi, then chairman of Abu Dhabi’s Aabar Investments, signed an agreement to form a joint venture. The following month, 1MDB announced it had raised $3 billion for its share of the partnership. “1MDB opted for a private placement to ensure the timely completion of this economic initiative,” the company said in a statement on April 15 of that year.

The timing was controversial. “1MDB may have been created with one of the key objectives being to raise a slush fund to finance Barisan Nasional’s election campaigns,” says MP Tony Pua, of the opposition Democratic Action Party. A statement from the prime minister’s office dismissed the allegations in the Wall Street Journal, saying they amounted to “political sabotage” at the hands of “certain individuals to undermine confidence in our economy, tarnish the government, and remove a democratically elected prime minister.” In a statement, 1MDB said it “has never provided any funds to the prime minister.”

Malaysia’s biggest-ever financial scandal has spotlighted a colorful cast of characters—some connected to 1MDB, some not. A politician since the age of 23, the mustachioed Najib is the eldest son of the country’s second prime minister following its independence from Britain in 1957, Abdul Razak Hussein, and a nephew of the third, Hussein Onn.

Najib’s wife, Rosmah Mansor, is an influential figure in her own right. A former executive at Island & Peninsular, a real estate company, she’s often lampooned in the local media for her bouffant hairstyle and penchant for luxury.