Bloomberg Businessweek|April 13, 2020
We're offering this story for free to read so that you can stay updated on the COVID-19 outbreak 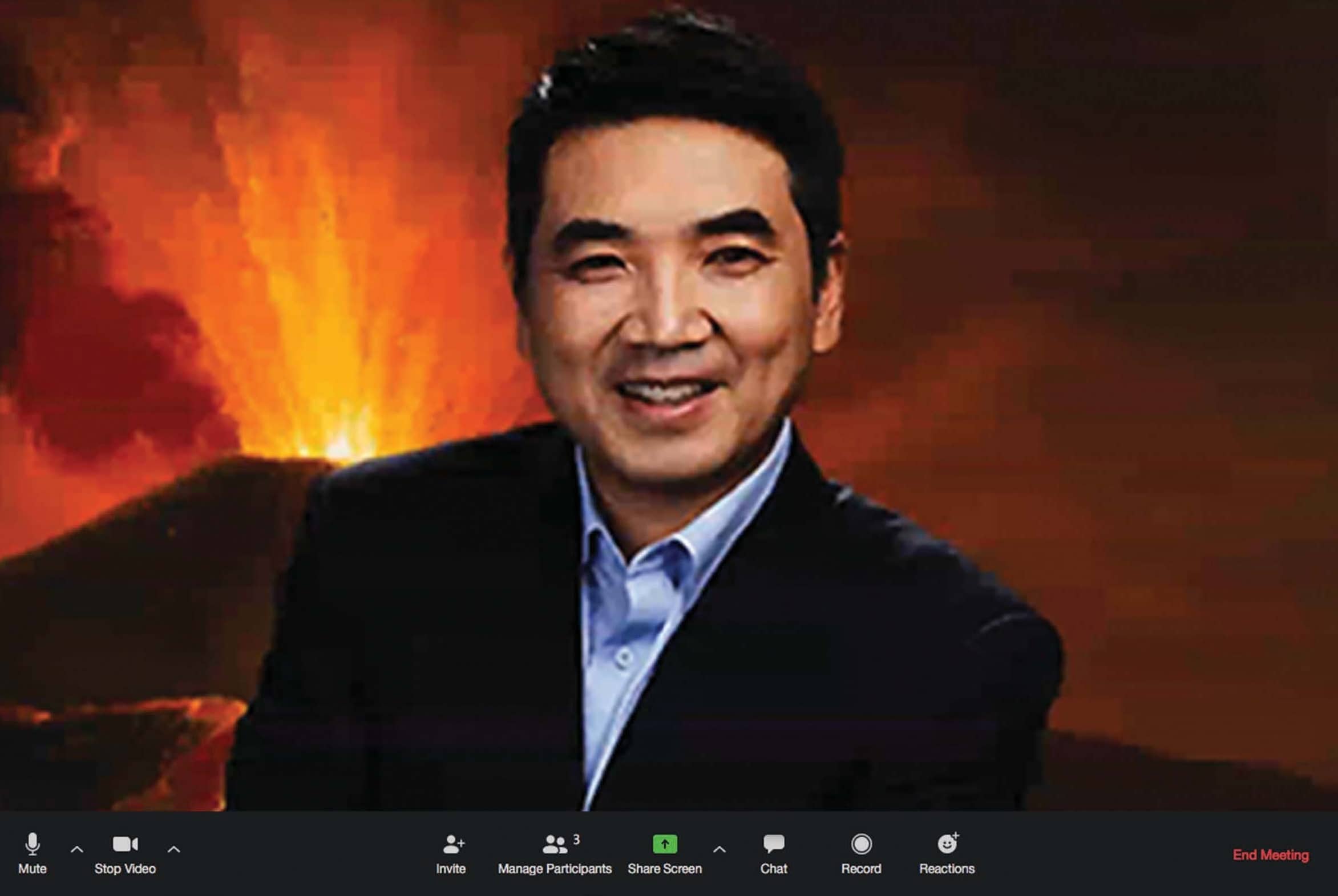 Eric Yuan built Zoom into a tech unicorn in the unflashy business of enterprise communications. Then, suddenly, the world needed it to be something else

By Drake Bennett and Nico Grant

Like the rest of us, Eric Yuan is taking things day by day right now. The founder and chief executive officer of teleconferencing software company Zoom gets up each morning, after three or four hours’ sleep, and nervously checks the previous day’s capacity numbers to make sure the servers aren’t overwhelmed by traffic. Then he begins the long slog of video conference calls from his Bay Area home. “It’s too many Zoom meetings,” he says, via Zoom. “I hate that.”

Along with the crush of new users and the challenge of running a business during a pandemic, there’s the deluge of negative news stories, the letter from the New York state attorney general, complaints from Democratic senators, and class actions filed on behalf of consumers and shareholders—all accusing Zoom of mishandling or abusing user data while allowing hackers to run amok. It’s not helping that, with school and college canceled, Yuan’s three kids are at home clogging up the Wi-Fi. The other night he got an email from a mother about a troll who invaded her kid’s Zoom virtual classroom and showed inappropriate content. Afterward, he couldn’t fall asleep.

The only thing keeping Yuan sane is his mom, who’s been living with the family. Each day for lunch she brings him a noodle or rice dish she’s made, upbraiding him when he forgets to eat it. And if Yuan has time after dinner, mother and son take a walk in his backyard. “I tell myself, every morning when I wake up, two things,” Yuan says. “Don’t let the world down. Don’t let our users down.”

A month ago his company was merely a fast-growing success story in the somewhat boring universe of enterprise communications. Today, suddenly, Zoom is critical infrastructure. As billions of people around the world socially distance to blunt the toll of the coronavirus, those lucky enough to still have jobs are trying to work them from home. To do so, they’re turning to remote collaboration tools; messaging platforms such as Slack and videoconferencing software like Cisco Webex, Microsoft Teams, and, especially, Zoom, have seen explosions in traffic. “Every day is a record,” Yuan says. Zoom’s daily users, 10 million in December, now number 200 million. The company’s share price has climbed 72% in the same period —doubling from early February to late March before dropping off—even as markets and the global economy have been pummeled.

Zoom’s new traffic isn’t just from workplace conference calls. Its simple interface—users enter a meeting with one click—has made it perfect for millions of people who want to maintain at least a diluted form of human contact. Schools and colleges are teaching classes on Zoom; Alcoholics Anonymous groups are using it to hold meetings; people are going to Zoom family reunions and happy hours and trivia nights. They’re dating, talking to therapists, and having birthdays. In photos his sister posted on Twitter, Hunter Lee, a Walmart food sales associate in Greensburg, Pa., celebrated turning 21 with family and friends looking out from the corner of the room, their webcam images tiled on the screen. A few days earlier, British psychiatrist Rob Baskind Zoomed into the funeral of his mother, who had succumbed to the virus. For many, Zoom has become not just a way to socialize, but the social fabric itself.

Yuan is as surprised as anyone else at this turn of events. He didn’t set out to create a business that would be a household name, in these circumstances or any others. And while it’s a testament to the technology that it has mostly handled a twentyfold surge in usage, in other ways the company, like many others, was blindsided by the past few weeks. “I never thought that overnight the whole world would be using Zoom,” he says. “Unfortunately, we did not prepare well, mentally and strategy-wise.” Historically, giant communications networks —Facebook, Twitter, AT&T — have all had their growing pains, but none had to go through them in just weeks. In times as vertiginous as these, even success can be brutal.

Yuan has always been frustrated by the inconvenient fact of distance. The younger son of husband and-wife mining engineers, he grew up in China’s Shandong province, a peninsula extending into the Yellow Sea.

Studying math and computer science at Shandong University, he had to take a 10-hour train ride to see his girlfriend, a problem he solved by marrying her at 22. Yuan, now 50, idolized Bill Gates and was determined to work in Silicon Valley. His visa application, though, was denied on his first try, and on the next seven, after a bureaucratic mix-up. It took nearly two years of persistence, but on the ninth attempt, he got into the U.S.