Your DNA Test May Not Be In The Best Of Hands 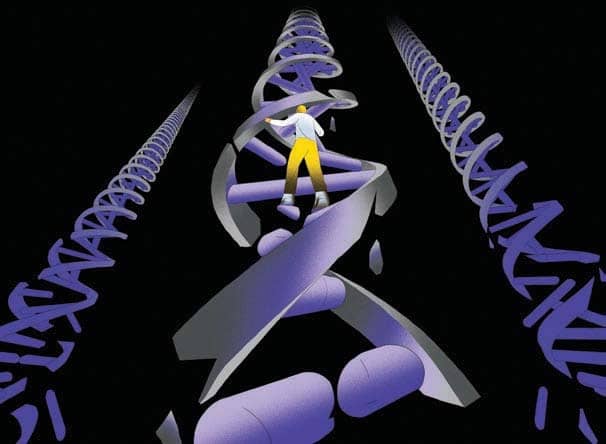 About three years ago, Orig3n Inc., a small genetic testing company in Boston, discovered a big problem with its DNA analysis, according to two former managers, a former lab technician, and another former employee. Its various tests ($29 to $298) are supposed to help you figure out which kinds of food, exercise, and beauty products are right for your particular genetic profile. They’re even supposed to identify your “superhero traits,” meaning whether you’re genetically predisposed toward, say, intelligence or strength. The problem was that its test results were prone to errors. A person taking the same test twice could get radically different results.

Rather than try to solve the underlying problem, Orig3n’s coders employed a quick fix, the former workers say. The separate nutrition and fitness tests, for example, analyzed some of the same genes. The former workers say that if two Orig3n analyses of a particular gene didn’t match, software plugged in the earlier result. A spreadsheet Bloomberg Businessweek viewed shows 407 such errors that the former lab tech says were logged over three months.

Seventeen people employed by Orig3n as managers, lab technicians, software engineers, marketers, and salespeople from summer 2015 to fall 2018 say the company habitually cut corners, tampered with or fabricated results, and failed to meet basic scientific standards. They say marketers tasked with giving consumers personalized advice based on their genetic profiles at times simply Googled advice that could be generic (wear sunscreen, eat kale) or had no basis in science (one report told a customer to eat a mix of sugar and almond oil to reduce stretch marks). “Accurate science didn’t seem to be a priority,” says the former lab tech, who, like the other former employees, spoke on condition of anonymity because of nondisclosure agreements with Orig3n and fears of retaliation. “Marketing was the priority.”