Will the Virus Make Inequality Worse? 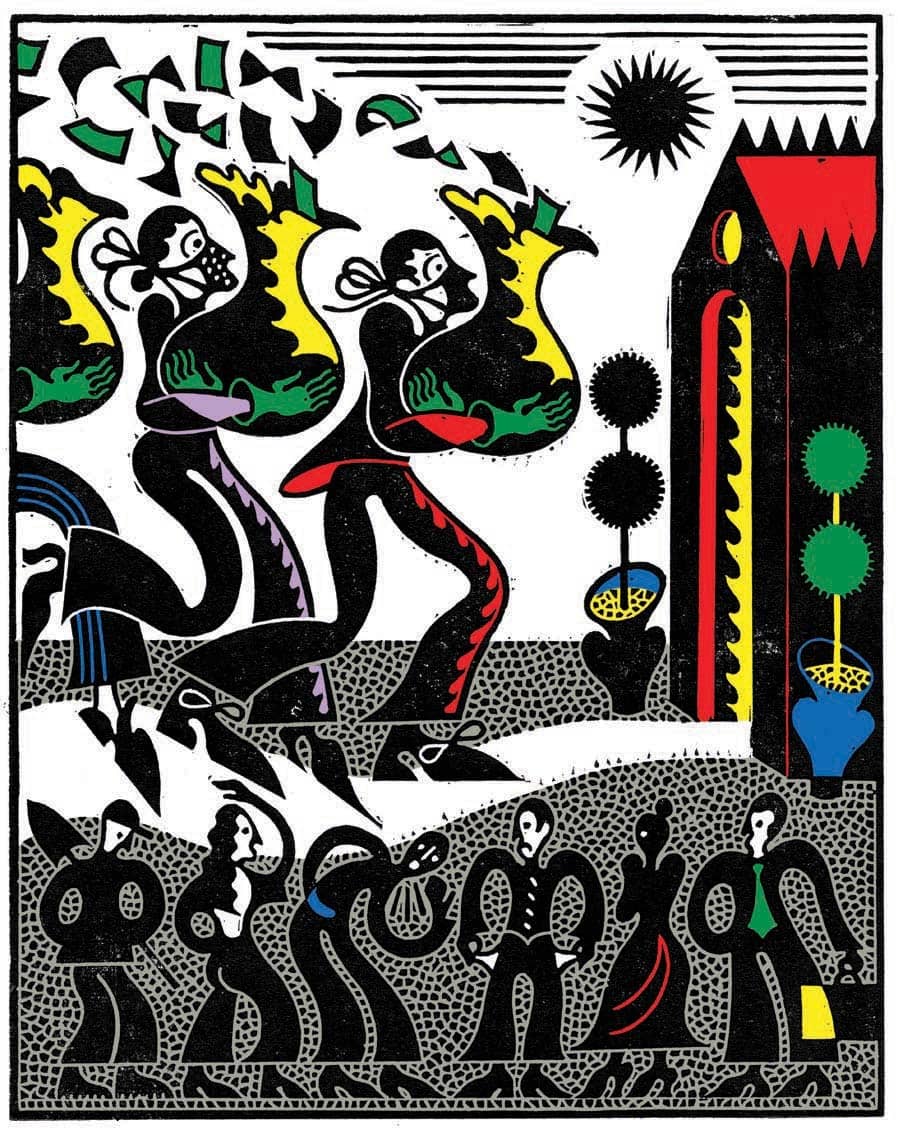 A recession is no picnic. A financial crisis leaves wounds that last for decades. A pandemic, though, can sow a unique kind of chaos.

The Black Death took a highly stratified medieval society and turned it upside down. With 75 million dead, Europe’s wealthy landowners couldn’t find enough people to tend their fields. When peasants—the essential workers of the day— demanded higher pay, the elites of the 14th century fought back with punitive laws, forced labor, and taxes. Even so, wages for the lowliest workers soared. In rural England, they doubled.

As epidemics go, the novel coronavirus is a relative lightweight—one that has nevertheless killed more than 200,000 people worldwide so far. Yet it’s accomplished something not seen in far deadlier outbreaks of the past: a simultaneous shutdown of much of the world’s commerce. No one can predict the long-term effects of a pandemic hitting an economy this complex and globalized.

For now, the most obvious guide to what comes next isn’t the Black Death, which precipitated the demise of European feudalism, but the Great Recession, which had more or less the opposite effect. In the aftermath of the 2008 financial crisis, inequality soared to heights not seen since the early part of the last century. At first, elites feared that much of their wealth would be wiped out in a globally synchronized market crash, à la 1929. But central banks pumped out trillions of dollars as monetary stimulus, markets recovered, and what followed may have been the best decade in history for the superwealthy.

Wall Street’s savviest investors are already pulling out their 2008 playbooks. The basic idea: Pay discount prices for ailing businesses and other distressed assets now, then cash in later when everything bounces back. In early April, Goldman Sachs Group Inc. said it was considering setting up a $10 billion fund that would make loans to financially strapped companies. Executives at Apollo Global Management Inc. told investors during a March 24 call that the crisis was the private equity firm’s “time to shine.” And in an April 7 appearance on Bloomberg TV, billionaire Steve Schwarzman said his Blackstone Group Inc. was “looking aggressively” at making investments—even as he warned the pandemic could take a $5 trillion bite out of the $21 trillion U.S. economy.

Will the recovery from this crisis, whenever it arrives, be as unequal as the last one? There are reasons to think so. Even as business closings threaten to push U.S. unemployment past the 25% record set during the Great Depression, the stock market has bounced back from its March lows, buoyed by a multistage government rescue effort that’s running in the trillions of dollars.

Some billionaires are faring better than others. The personal net worth of Amazon.com Inc. founder JeffBezos has increased more than $25 billion in just the two weeks from April 3 to April 17, according to the Bloomberg Billionaires Index, while three heirs of Walmart Inc. founder Sam Walton are collectively more than $6 billion richer than they were at the start of the year.

History is full of surprises, though, and no two crises are alike. Among the many ways 2020 could differ from 2008: This downturn may be worse. The International Monetary Fund predicts the world economy will shrink 3% this year, the most since the Great Depression. And the Great Depression had a very different impact on the world’s rich from the Great Recession.

From 1929 to 1932, the top 0.1%’s share of all U.S. household wealth plunged by a third, and the top 0.01%’s portion fell by half—a funhouse-mirror opposite of their 2007-10 surge, according to estimates by Emmanuel Saez and Gabriel Zucman, a pair of professors at University of California at Berkeley who study economic inequality.

The 1929 Wall Street crash helped create a new economic order in the U.S. called welfare capitalism. With the New Deal, American workers gained a safety net. With World War II, they won leverage with employers and higher wages. The owners of the means of production—well, they didn’t do as well. By 1950 the very richest Americans, the top 0.01%, controlled just 2.3% of the nation’s wealth, less than a quarter of their share in 1929. Meanwhile, the bottom 90% of households had doubled their share.

One wild card, now and in past crises, is government policy. A dozen years after the financial crisis, it’s still galling to many that America’s leaders failed to prevent millions of foreclosures, even as bailout funds propped up the banks that originated mortgages that went toxic. “In 2008 they got away with it in a sense,” says University of Texas professor James Galbraith. “They’re going to find that they can’t stop the pitchforks this time.”