Why Black Friday Could Be Blue 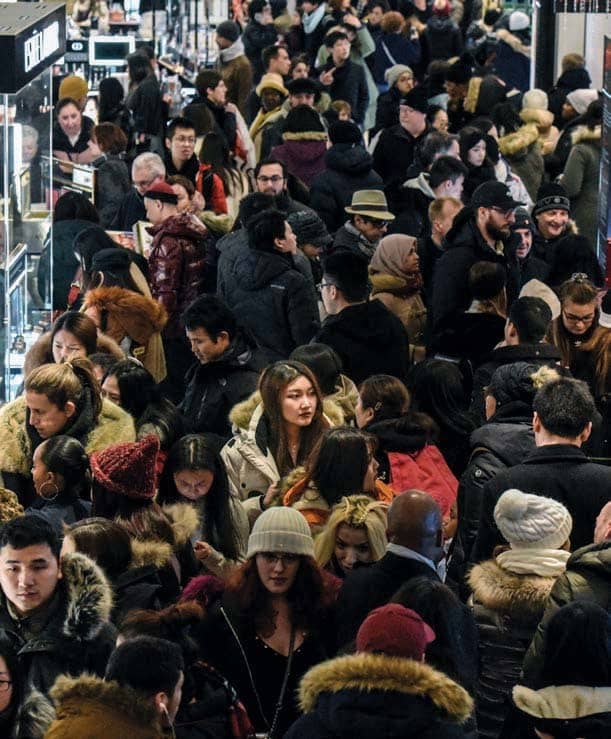 Most years, Cassandra Davis wakes up at the crack of dawn on Black Friday armed with a battle plan formed with circled newspaper ads and some online research. She warms up her car in the Minneapolis winter for half an hour before driving to Target, Walmart, or J.C. Penney to cash in on the deals they’re offering. Her biggest prize in the past decade: a large flatscreen TV she scored for $700.

In 2020 she’s not sure her tradition will survive. “I have to think about all of the what-ifs,” 50-year-old Davis says. “I’m really just watching the dollar even if things are inexpensive. We still have to be careful, because we don’t know what happens day to day with this pandemic.”

Shoppers like Davis may be wary, but American malls and stores are desperate to make Black Friday happen. Traditional brick-and-mortar holiday shopping has been declining for a decade as consumers flock to e-commerce, and the Covid-19 outbreak and recession will only hasten its fall. The U.S. retail sector has been devastated after monthslong shutdowns and dozens of bankruptcies, battering the survivors’ hopes that shopping patterns would get back to normal by retail’s busiest day. With barely seven weeks left, merchants are scrambling to prepare stores and websites to make up for lost time.

The holiday playbook of opening stores right after family Thanksgiving feasts, lining the weekend with doorbuster sales, and cramming shops with inventory and workers has been thrown out the window. Stores will be reconfigured, with fewer racks on the floor and registers spread farther apart. Online sales will take center stage. Supply chains will be strained like never before as businesses try to keep up with record e-commerce purchases.

What’s more, the pandemic has made shoppers dubious of going to crowded stores and left many tight on cash after mass layoffs in most industries. Unemployment—at 7.9% in September, more than double what it was this time last year—remains high, and another round of stimulus checks hasn’t come. “This will go down as the most difficult holiday season to prepare for, whether you’re a retailer, a vendor, or anything in between,” says Joel Bines, co-head of retail consulting at AlixPartners LLP.