Why ADM Is Making Veggie Burgers 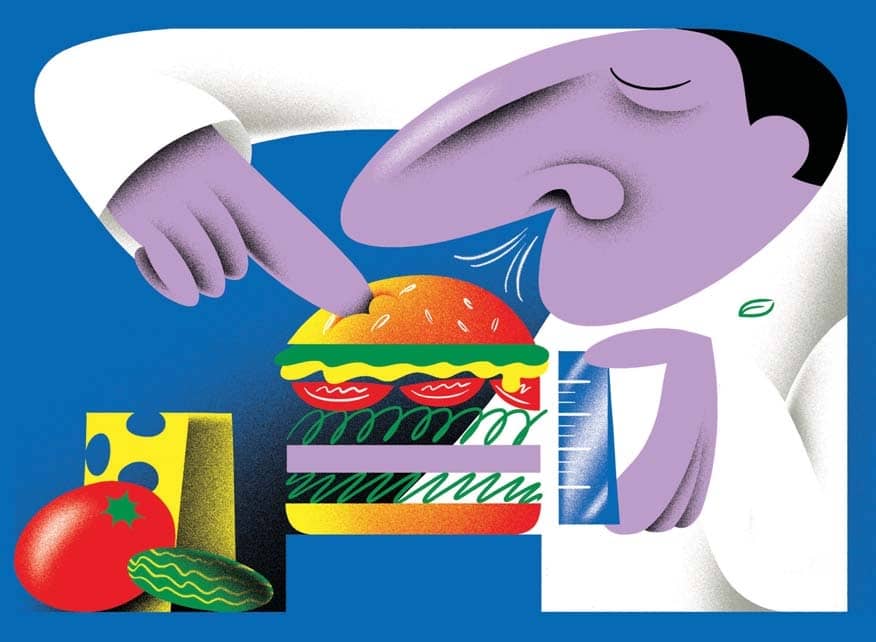 As trading gets tougher, the commodities giant is focusing on healthy food ingredients

Grab a slice of bread in the U.S., a tortilla in Mexico, a glass of orange juice in the U.K., or a pork dumpling in China, and odds are Archer-Daniels Midland Co. has had a hand in it. For decades, ADM, once the self-styled supermarket to the world, helped put the big in Big Food. From trading soybeans to manufacturing high-fructose corn syrup to refining ethanol, it had reach and power rivaled by few in agriculture. But after years of slack growth in its old-line businesses, the 118-year-old giant is hitching its future to such things as pet food, veggie burgers, and probiotics.

Nowhere is the company’s headfirst plunge into nutrition on better display than at its ADM Science and Technology Center in Decatur, Ill., a renovated 200,000-square-foot school building. There, machines test the consistency of a veggie burger formula, “sensory panelists” in conference rooms measure the olfactory satisfaction of new ingredients, and food scientists in test kitchens develop recipes for such things as gluten-free winter pizza. (It features ADM’s tapioca starch, brown rice flour, and Italian sausage seasoning.)

For Juan Luciano, an Argentine-born industrial engineer who became chief executive officer in 2015, the need for ADM’s transformation beyond industrial agriculture was evident when he went out to brunch with his now-25-year-old daughter in downtown Chicago, where the company is based.

“We would pay $20 for an omelet, but you know, the eggs were from Wisconsin, the potatoes were from Michigan,” Luciano says. “I was like, I don’t care, but my daughter cared, and because she cared, the whole family went there. The point is, that there were these consumers, like my daughter, they valued this stuff that was locally grown. So we started to see things like that. We started to see new categories like energy drinks we never heard about, we started to see alternative milks.”

Before Luciano’s tenure, ADM had spent almost half a century trying to become the globe’s biggest agricultural middleman: buying crops from farmers, storing, hauling, and processing those grains, and then selling them when the time—and price—was right. It was a winning formula for decades.