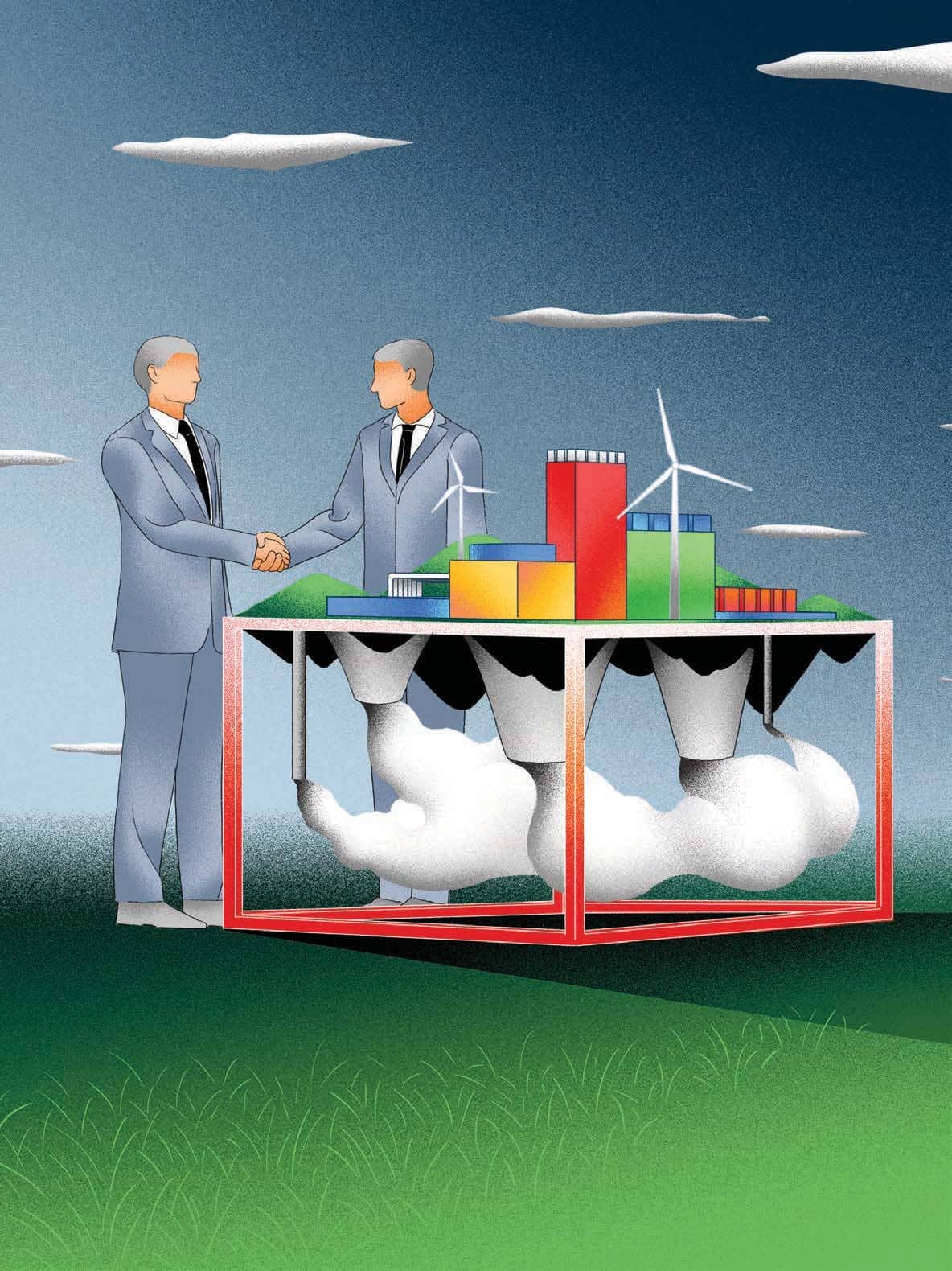 In the otherwise flat Minnesotan expanse, the whitish-gray mound of coal ash looks mountainous, a permanent cemetery of contaminants next to the twin smokestacks of the Sherburne County Generating Station. This power plant doesn’t just run the town of Becker; it pretty much is the town. But within a decade it will close completely. One frigid morning, Greg Pruszinske, Becker’s administrator, is staring at the field across from the coal ash pile, where he’s placed his hopes for the future.

Overhead, bands of high-tension cables connect to towers near the plant. That infrastructure is one reason Google has pledged to put a $600 million data center here. It needs access to massive amounts of uninterrupted power. “The transmission won’t go away” when the coal plant closes, Pruszinske says. “Electrons can come this way, same as they can go the other way.”

For almost four decades, Sherco, as locals call the plant, has done two things in abundance: burn coal and pay taxes. It emits more greenhouse gases than anything else in Minnesota, but it also covers 75% of Becker’s tax base. Taxes from the plant subsidize a public 18-hole golf course, an uncommon amenity for a town of fewer than 5,000 people, and Sherco employs more than 300 locals to create cheap power for millions. Its transmission towers can deliver more than 2,200 megawatts of power—four times the output of a typical coal plant and enough to run 2.6 million homes, roughly half the state.

By 2016, local officials were worried about Becker’s long-term prospects. Sherco’s operator, Xcel Energy Inc., was planning to decommission the plant in phases over the next decade or so, and the town, about 50 miles northwest of downtown Minneapolis, seemed to have few options to replace it. So when the utility came to Becker’s leaders with word that Google wanted to put a data center near the aging smokestacks—one that would need as much juice as a city of 600,000— they and Xcel were eager to meet the tech company’s requirements. “We want to become the coal transition model for other communities across the nation,” Pruszinske says.

In exchange for a promise of 50 full-time jobs, Google will be exempt from two decades’ worth of local and county taxes, worth at least $14 million. While the data center will run on electricity generated by fossil fuels, Google will buy carbon offsets from wind power suppliers in South Dakota. And Xcel is giving it an initial 10-year discount on its electric bill, which in effect means the utility’s other customers will help subsidize that bill.

“Given our scale, we can often find a mutually beneficial structure that increases the amount of renewables in a region, while also meeting our energy goals as a company, and, given the decreasing cost of renewables, do this in a cost-effective manner for the utility serving the existing community,” says Google spokeswoman Jacinda Mein. “Not only does Google benefit, but so does the rest of the community in the utility company’s service area.”