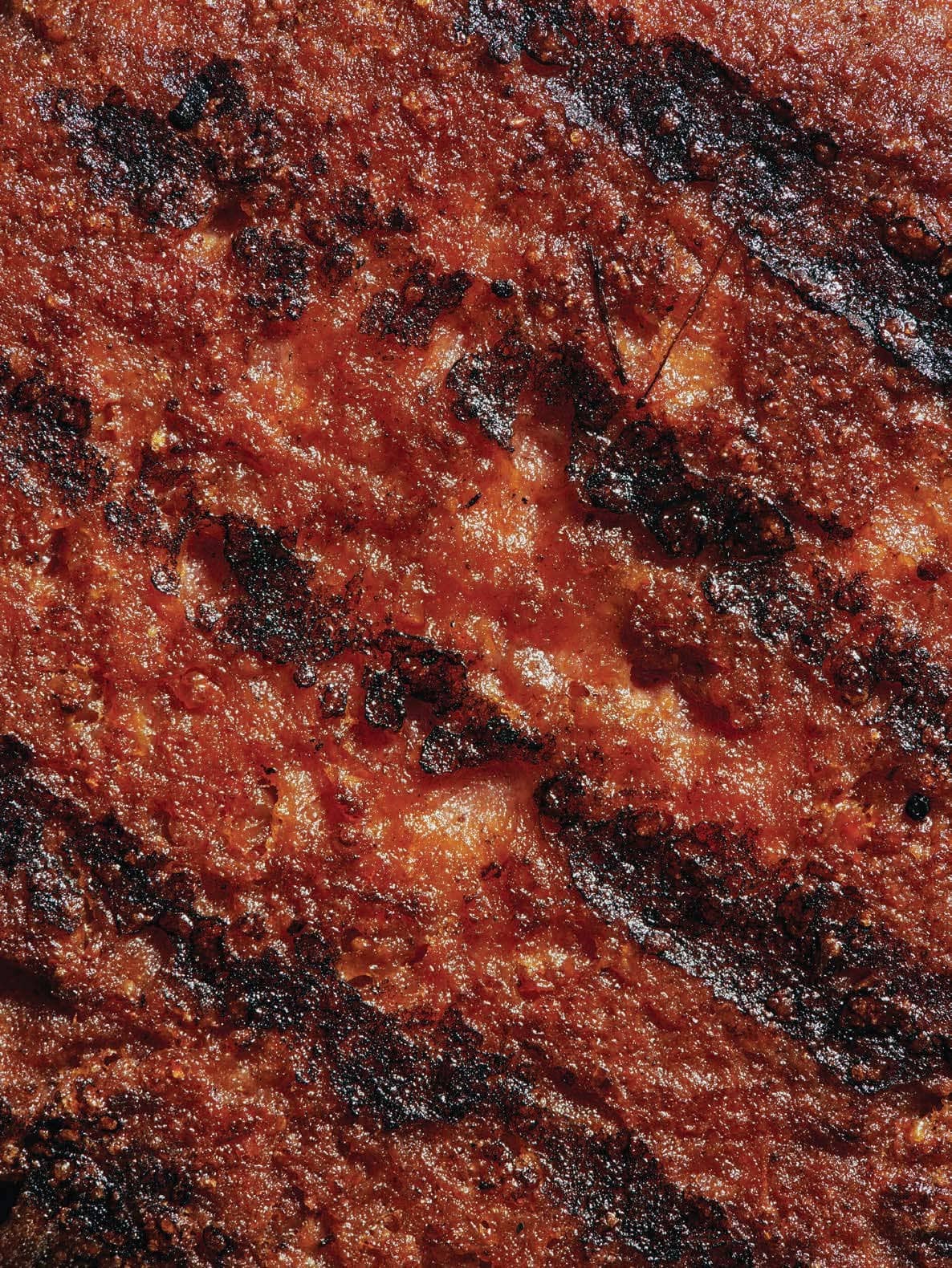 Ethan Brown, chief executive officer of Beyond Meat Inc., doesn’t want to talk about his company’s stock price. He’s more than happy to talk about Beyond’s plant-derived meat matrix or its athlete spokespeople, or even how his products aren’t quite as good as they should be—yet. But the stock price? No. Not even in June, when the shares were trading at 500% above their initial public offering price. “I generally don’t comment on stock price,” he says, possibly out of genuine humility, or maybe so as not to jinx anything.

Brown prefers to hold forth about the meatlike substances he’s been working on for more than 10 years, breaking plant materials down into their component parts—amino acids, lipids, minerals—and then rebuilding them to mimic the structure of animal flesh. He’ll identify the five necessary sensory experiences: fat, flavor, aroma, appearance, and texture. “Meat is these five components,” he says. “What the animal is doing is organizing plant material.” Instead of using cows to turn plants into burgers, Beyond uses a system of heating, cooling, and pressure. The result is a raw, reddish-brown patty that’s closer to animal meat in taste and texture than any freezer-aisle predecessor.

Brown is also eager to discuss Beyond Meat’s “rapid and relentless innovation,” which keeps it churning out prototypes. The latest beef iterations, Brown says, approach a true burger’s “heterogeneity of the bite” (or, in more vegan-triggering terms, the “variety of tissue”). Its burger includes cocoa butter for a marbled texture, apple extract for red-to-brown color transition, and a protein blend made from peas, mung beans, and rice. It improves on the last version, but it’s not exactly mirroring beef. In raw form, it’s stickier and smells a little off; on the grill or in a pan, it cooks only to medium and doesn’t shrink like a real burger. Brown knows the product isn’t quite there yet; he says it’s 65% to 70% there.

But back to the stock price, which everyone wants to talk about even if Brown doesn’t. For investors and rivals, the name Beyond Meat is shorthand for the whole industry. It’s the star of a movement that for decades has been trying and failing to take vegan products mainstream. The frozen-hockey-puck veggie patties of yore haven’t gone away, they’re just not where the action is. Kellogg Co.’s MorningStar Farms is still No. 1 in meatless burgers, but its share is shrinking. Beyond and a long line of competitors are battling it out to make the best product and amass the most restaurant and retail customers. Somehow, in a year that saw IPOs from Uber, Lyft, Slack, and Pinterest, the breakout star has been a company making fake meat.

Not so long ago, consumer food choices were understood to be driven by taste, price, and convenience. They’re why Big Macs and sandwich meats were such enduring American staples, despite headline after headline linking red and processed meats to everything from obesity to cancer to premature death. Today, health is a top concern for many consumers—from millennials looking for “organic” and “ natural” labels to older Americans worried about cardiovascular health and diabetes. Concern for the environment is also beginning to influence purchasing decisions, especially among younger shoppers. 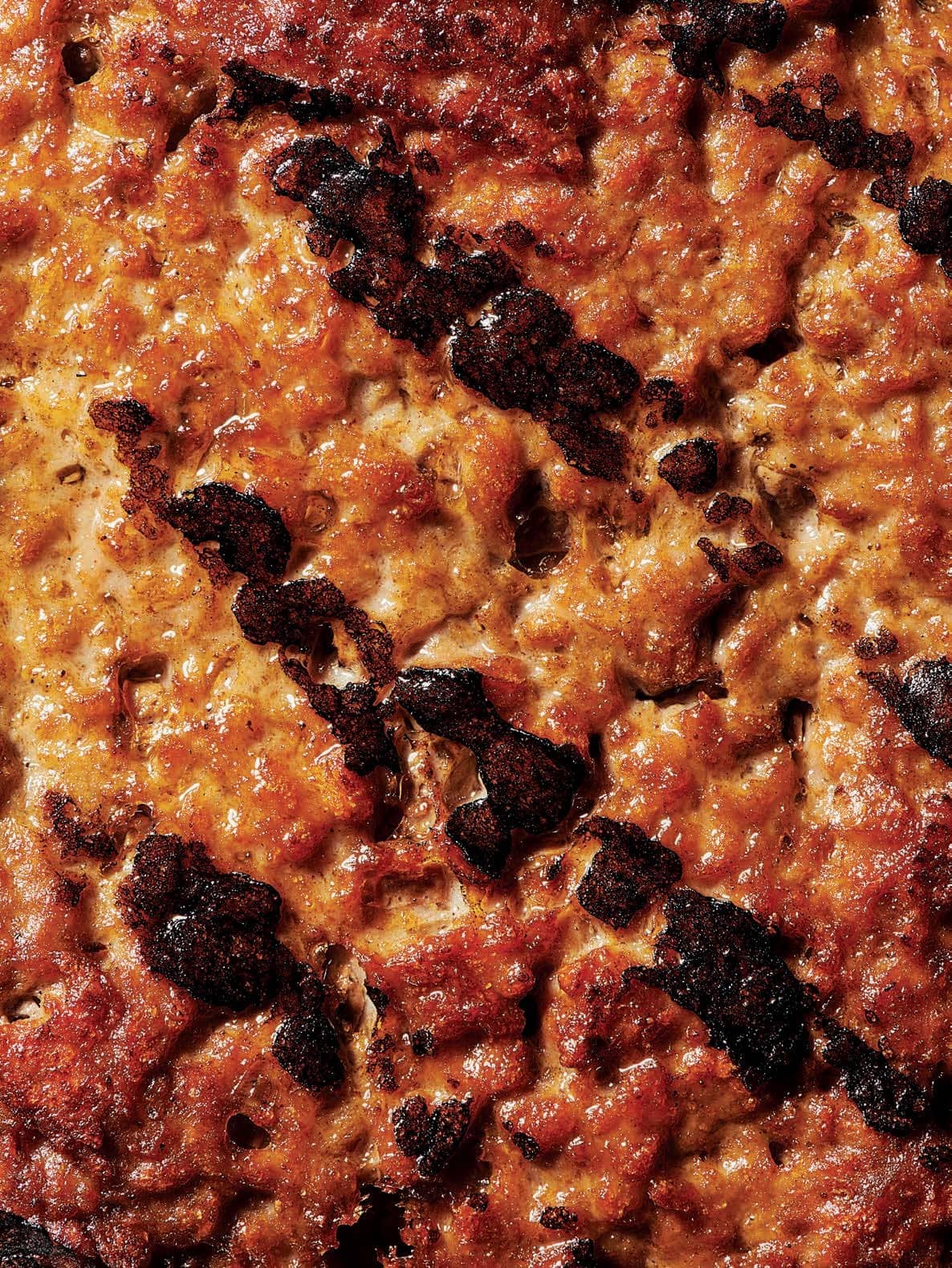 Plant-based foods check both the health and environment boxes, or at least that’s the perception. Almost a third of consumers surveyed by Mintel Group Ltd. last year said they considered plant-based burgers healthier than the animal kind. As awareness of beef’s environmental impact spreads— livestock accounts for about 14.5% of man-made greenhouse gases, and about 41% of that comes from raising beef—vegan alternatives become even more appealing. Retail sales bear out these changing attitudes, with meat substitutes hitting $895 million in the U.S. for the year ended May 25, according to data from Nielsen Holdings Plc. That’s tiny next to the $90 billion in sales for actual meat, and growth may slow if consumers notice faux meat’s calories. But to investors it’s just the start.