What do we know about the virus? 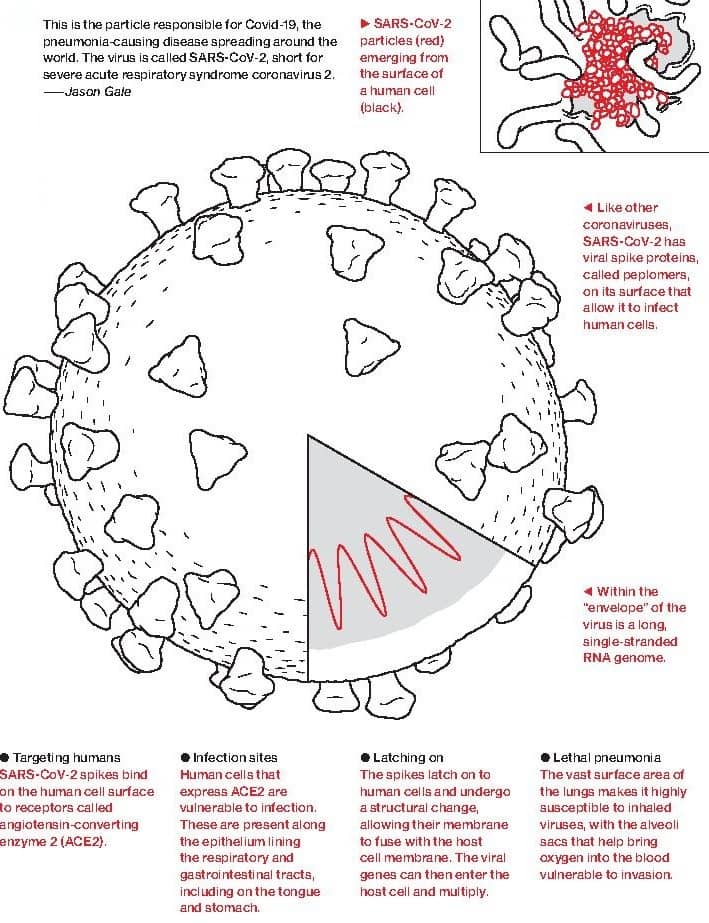 It’s quite unlikely that you will die of Covid-19. The case fatality rate as tracked by the World Health Organization officially stands at 3.5%, but that calculation misses out on a lot of unreported cases in the denominator.

In South Korea, where testing for the new coronavirus has been most widespread, the fatality rate is about 0.7%. Then again, in Italy, which has also done a lot of testing, it’s 6.2%.

Focusing too much on these estimates, though, can be an exercise in missing the point. For one thing, Covid-19’s fatality rate is much, much higher for those age 65 and older—who happen to make up a second-highest-in-the-world 22.8% of Italy’s population ( Japan is No. 1 at 27.6%), which helps explain some of that country’s problems. Those with preexisting conditions such as heart disease and diabetes also face much higher risks than the rest of us.

Perhaps the more important set of statistics to ponder is that in 1918, an estimated 97.3% of people worldwide and 99.3% of Americans didn’t die of influenza. Yet that year’s pandemic still killed more people than any disease outbreak in history. Maybe, just maybe, the biggest concerns that most of us should have about Covid-19 involve not personal risk but risks to people we care about and to society at large.

Will this overwhelm hospitals?

One key issue is hospital capacity. In the most severe recent flu season, that of 2017-18, the Centers for Disease Control and Prevention estimated that 45 million Americans contracted influenza-like illnesses, 810,000 were hospitalized, and 61,000 died. That makes for a fatality rate of 0.14%, five times lower than even South Korea’s Covid-19 death rate. Multiply those 2017-18 flu hospitalization and fatality numbers by five—or 10, or 20, both of which seem at least conceivable—and it’s easy to see how the rapid spread of the coronavirus could overwhelm U.S. hospitals, which have 924,107 staffed beds total and only 46,500 in medical intensive care units. If that happens, the fatality rate will go up, not just for Covid-19 but for other ailments as well. It’s probably no coincidence that low-fatality-rate South Korea has the world’s second-most hospital beds per person ( Japan is again No. 1), with more than four times as many per capita as the U.S.

It’s this prospect of an overwhelmed healthcare system that has motivated lockdowns in China and Italy. It has also spurred the intensive efforts to test and isolate Covid-19 patients that appear to have halted the spread of the disease in several East Asian countries. Epidemiologists in the U.S. seem to be divided on whether it’s still possible to stop the spread of the coronavirus here this way. It’s definitely possible to slow it, though— which is what the current rash of event cancellations, college shutdowns, and work-from-home advice is about. Almost all of us are going to survive this. The question is whether we can avert a situation where millions of us don’t. —Justin Fox, Bloomberg Opinion 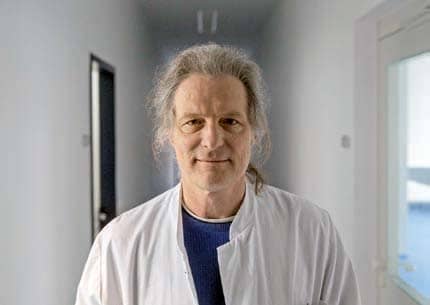 Why is testing so complicated?

Shortly after New Year’s, Olfert Landt started seeing news reports of a strange disease spreading in China. The German scientist, who’s developed tests for ailments ranging from swine flu to SARS, sensed an opportunity—and a new mission. He spent the next few days quizzing virologists at Berlin’s Charité hospital and scouring the internet for more information on what soon became known as the novel coronavirus, and by Jan. 10 he’d introduced a viable test kit. His phone hasn’t stopped ringing since. “Everyone here is putting in 12- to 14-hour shifts,” the ponytailed Landt says as he rushes through the corridors of TIB Molbiol Syntheselabor GmbH, the Berlin biotech company he started three decades ago. “We’re nearing our limit.”

In the past two months, Landt and his staff at the company’s production facility—a former industrial building just south of the disused Tempelhof airport— have produced 40,000 coronavirus diagnostic kits, enough for about 4 million individual tests. TIB has reoriented its business toward corona virus, running its machines through the night and on weekends to make the kits, which sell for about €160 ($180) apiece. As orders have poured in from the World Health Organization, national health authorities, and laboratories in some 60 countries, TIB’s revenue in February tripled from the same month in 2019. 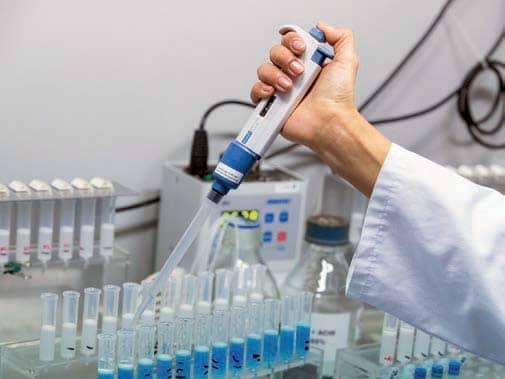 TIB, which last year generated €18 million in sales, is one of about a score of test-kit producers worldwide. Companies such as LGC Biosearch Technologies in Britain, Spain’s CerTest Biotec, and Seoul-based Seegene Inc. are seeing an explosion in demand as authorities seek to slow the virus’s spread. South Korea has tested more than 210,000 people and Italy more than 60,000. Efforts in the U.S. got off to a rocky start when a diagnostic tool from the Centers for Disease Control and Prevention proved to be flawed. The U.S. has since changed the test and taken steps to expand availability, but the CDC has warned kits won’t be ready in the numbers promised by the Trump administration.

How do virus tests work?

Over the years, TIB has made tests aimed at diagnosing more than 100 ailments. For the coronavirus, Landt teamed up with Roche Holding AG to distribute the kit, which works with the Swiss drugmaker’s diagnostic machines. The tests use what’s called the polymerase chain reaction, a diagnostic method recommended by the WHO that amplifies the virus’s genetic code so it can be detected before the onset of symptoms. The kit comes with two vials: a primer to help detect an infection, and a synthetically engineered piece of the virus, which labs use to produce a surefire positive match to ensure their machines are working correctly. A lab technician combines these ingredients with a patient’s mucus sample—usually from a throat or nasal swab—and results are usually available in a few hours.

The Robert Koch Institute, Germany’s equivalent to the CDC, is urging scientists to come up with a simple tool that patients can administer themselves and get almost immediate results—something like home pregnancy tests. An interim step could be revised procedures such as asking patients to take their own samples for drop-off-at a doctor’s office, says Lothar Wieler, head of the institute. “There will need to be more such solutions,” Wieler told reporters on March 9 in Berlin. “Otherwise, we won’t be able to handle the number of patients needing tests.”