What If Whatever It Takes Is Not Enough? 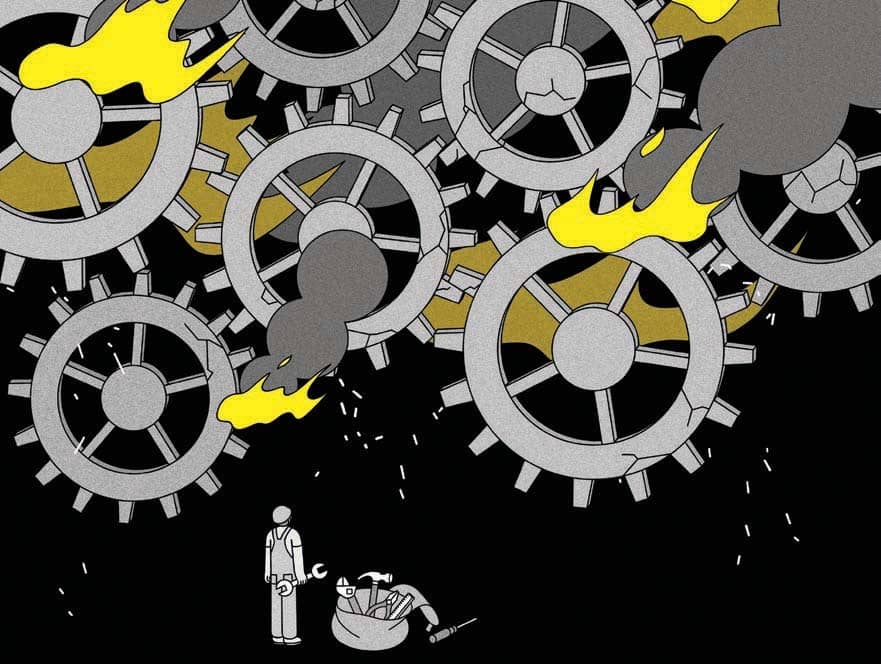 After a halting start, governments and central banks have finally been coming to grips with the economic consequences of the coronavirus outbreak. The Covid-19 disease is more than a health crisis. What seemed like an alarmist scenario a month ago—a global recession—now appears a certainty. And the extreme measures needed to limit infections may intensify the slump.

Maurice Obstfeld, the International Monetary Fund’s former chief economist, says you’d have to be optimistic to believe we’re experiencing something akin to the recession caused by the financial crisis, when global output in 2009 shrank 0.1%, according to IMF data. As governments restrict travel and close restaurants while manufacturers prepare for temporary shutdowns, major economies are now experiencing a “hard stop,” which could inflict a toll that may be closer to the 9% contraction Greece endured at the height of its sovereign debt crisis, he says. “We are seeing a collapse of economic activity as countries try to get a handle on this disease,” Obstfeld says, pointing to the plunge in industrial production and consumption in China as evidence of what lies ahead for Europe and the U.S.

The extent of the damage, he says, will depend in large part on the scope and duration of the outbreak. But a lot relies on governments acting in unison to roll out aggressive measures that ease the pain for big businesses (think airlines) as well as the little guy (your neighborhood bartender). At the same time, central banks need to do everything in their power to prevent what began as a health crisis from morphing into a financial meltdown.

After some foot-dragging, policymakers in Europe and the U.S. are swinging into action. Central banks have cut rates and enacted measures to ensure stressed markets continue to function. Following a March 16 videoconference call, the leaders of the Group of Seven nations vowed to do “whatever is necessary” to protect lives as well as livelihoods.

The statement echoed former European Central Bank President Mario Draghi’s 2012 vow, in the throes of the European debt crisis, to do “whatever it takes” to preserve the euro. But the G-7 declaration, which was replete with grand promises rather than tangible actions, didn’t spark a relief rally the way Draghi’s pledge did. The Dow Jones Industrial Average closed down 13% on March 16, as U.S. markets recorded their biggest single-day fall since the 1987 crash.