What Do We Have To Do To Get The Male Pill? 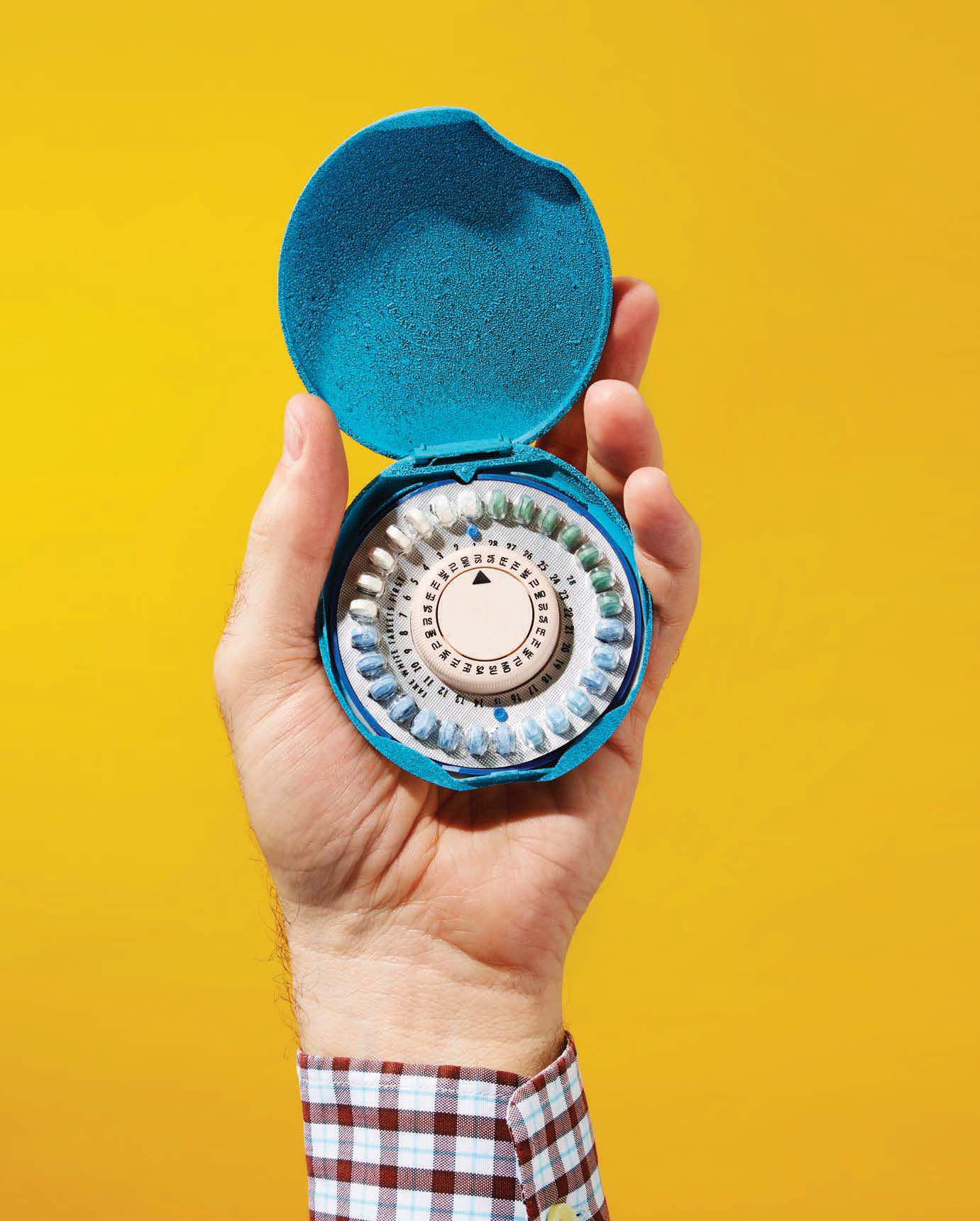 Male birth control could be a multibillion-dollar business. Here’s why it isn’t.

The trouble began, as it so often does, with a bottle of Chivas Regal.

Back in the 1950s, scientists at Sterling Drug, a now- defunct pharmaceutical company, synthesized a class of chemicals that made male rats temporarily infertile. They thought they might be onto something big: the first-ever birth control pill—for men. After identifying several promising compounds, including one known as WIN 18,446, a trio of researchers began testing them on a ready population, inmates at the Oregon State Penitentiary.

The results were astonishing. Within 12 weeks, the inmates’ sperm counts had plummeted. When the men stopped taking the drugs, sperm production returned to normal. Better yet, they experienced few side effects.

Then one of the participants drank some contraband Scotch and became unusually, violently ill. He confessed his transgression to the researchers, and follow-up studies confirmed his account: WIN 18,446 didn’t mix well with booze. Men who combined the two reported heart palpitations, sweating, nausea, and vomiting. The research was quietly abandoned.

For years, headlines have promised an imminent breakthrough in male contraception. Time and again, these efforts have fallen short. Last October, for instance, researchers reported that a hormone cocktail they’d been testing curbed sperm production and prevented pregnancies. But they’d had to halt the study early because men were reporting troubling side effects, including mood changes and depression.

“The joke in the field is that the male contraceptive has been five years away for the last 40 years,” says John Amory, a research physician at the University of Washington School of Medicine who has been working on the challenge for two decades. A new form of male birth control would be a public- health triumph and could snag a significant piece of the contraceptive market, —which is expected to surpass $33 billion by 2023, according to research firm Global Market Insights Inc.—or possibly expand it further. In a 2002 German survey of 9,000 men in nine countries, including Brazil, France, Germany, Mexico, and the U.S., more than 55 percent of the respondents said they’d be willing to use a new form of male birth control. A later study by Johns Hopkins University estimated that the demand could yield 44 million customers in those nine countries alone. And yet major pharmaceutical companies have mostly abandoned the chase.

That has left a scrappy tribe of scientists to fill the void. They’ve dreamed up a vast array of ideas, from the conventional— hormone gels, implants, and injections designed to temporarily suppress sperm production—to the decidedly unorthodox. (Men, prepare to have lasers beamed at your testes.)

For his part, Amory is trying to resurrect the drug that showed so much potential in prisoners. But turning WIN 18,446 into a contraceptive has, like other such quests, proven difficult—as stubbornly elusive as discovering alien life or harnessing energy from nuclear fusion. “When I was in high school, I thought I was going to become a physicist and work on developing fusion,” Amory says. “Then I started working on this, and now I wonder what we’re going to have first: workable fusion or a male pill?”

When it comes to preventing pregnancy, women have a multitude of choices. There are diaphragms and sponges; cervical caps and female condoms; spermicidal gels, foams, films, creams, and suppositories; hormone-delivery systems involving pills, implants, injections, patches, vaginal rings, and IUDs. These options are far from perfect—and they remain inaccessible and unaffordable for many women—but at least they exist.

Men have only two choices: condoms, which have a real world failure rate of about 18 percent, and vasectomy, a surgical procedure that’s often permanent. A new contraceptive could give men more control over their reproductive futures, alleviate a burden that’s overwhelmingly borne by women, and reduce the rate of unintended pregnancies, which is about 40 percent worldwide, according to the nonprofit Guttmacher Institute. Women have sometimes argued—not unconvincingly—that the lack of a male pill reflects a double standard, but the scientific and regulatory challenges involved in creating a viable male contraceptive are vexing on their own.

After the U.S. Food and Drug Administration approved the first female birth control pill, which used a mixture of hormones to suppress ovulation, in 1960, researchers explored taking a hormone-based approach to men. Clinical trials in the ensuing decades showed that dosing men with testosterone or combinations of testosterone and progestin temporarily inhibited sperm production, but that the strategy had drawbacks. Testosterone is rapidly cleared from the body when taken orally, so a hormonal contraceptive for men would likely have to be delivered via injection, implant, or topical gel, rather than as a pill. What’s more, the hormones don’t work in all men, and because they don’t only affect the gonads, they can, as with the female pill, cause nasty side effects that have nothing to do with fertility.

Research into hormonal solutions continues, but the challenges have prompted some investigators to seek drugs that target sperm more directly. Scientists at the University of Kansas and the University of Minnesota are studying a compound called H2-gamendazole, which prevents sperm from maturing properly, while Eppin Pharma Inc., a small North Carolina company, is developing a drug that would stop sperm from swimming by binding to a protein on the surface of the cells.

And then there’s Amory, who happened upon WIN 18,446 by accident. After arriving at the University of Washington in 1997, he began a practice that soon proved paradoxical. As a clinician, he often treated infertile men who desperately wanted children, while as a researcher he sought to develop a hormone cocktail that would prevent men from becoming fathers. Then, in the fall of 2006, he came across a paragraph about the Oregon prison experiments in a profile of two pioneering fertility scientists.

“It’s a fascinating story,” he says one rainy March morning in his office at the university’s labyrinthine health sciences building. Amory is a 50-year-old former rower and Eagle Scout, with the lanky build and cheerful, wholesome demeanor to match. He’s also an unabashed history buff and enthusiastic storyteller, and he calls up a carefully curated series of graphs to help him narrate the saga of WIN 18,446.

Initially, he says, the Sterling Drug scientists created the compound to treat parasitic infections. But when they tested it in rats, they noticed that the animals became infertile. “Then they stopped the drug, and the rats regained their fertility,” he says. “So they’re like, ‘Hey, maybe this could be a male contraceptive.’ This was before there was a pill for women.” Of course, rodents don’t drink, so it wasn’t until men started taking WIN 18,446 that researchers discovered it interacted dangerously with booze.