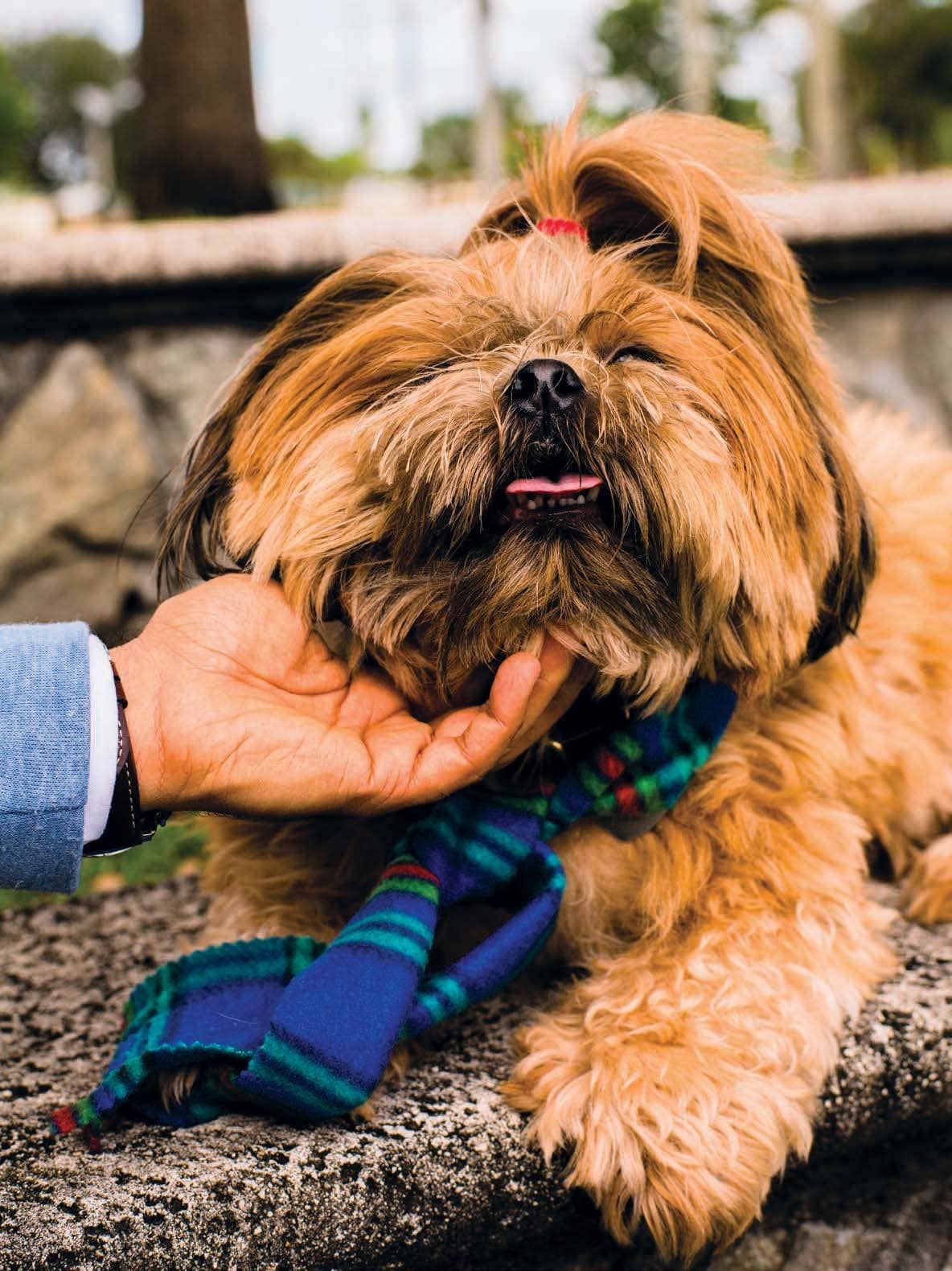 Locked-down Americans are pampering their pets like never before, and Chewy is reaping the benefits

By Anders Melin and Bryan Gruley

The usual suspects topped the list of the best-paid executives in the U.S. published by Bloomberg News in July. No. 1 was Tesla Inc.’s Elon Musk, with a 2019 payday of nearly $600 million, followed by Apple Inc.’s Tim Cook at $134 million. The top 10 also included bosses at Intel, Alphabet, and Blackstone Group.

The list did contain one surprise: At No. 5 stood one Sumit Singh, chief executive officer of Chewy Inc., an online retailer of food, toys, apparel, and medicine for pets. Singh joined Chewy in 2017, was elevated to CEO after seven months, and in 2019, his first full year on the job, earned $108.2 million in salary, bonus, and stock grants. That sum was even more remarkable given that Chewy, in nine years of existence, has yet to post a profitable quarter.

But Singh’s haul is another indicator, among many, of the company’s rise as a force in e-commerce. In the fiscal year ended Feb. 2, it sold products to 13.5 million customers, up 27% for the year, while revenue jumped 37% to $4.9 billion. Then came the coronavirus, and things for Chewy got even better.

About two-thirds of U.S. households have pets, and their coddling owners—“pet parents,” as Chewy calls them—will spend a record $99 billion on them this year, according to the American Pet Products Association. With these pet moms and pet dads avoiding walk-in stores and animal adoptions soaring in many places, Chewy’s business has boomed. From February to July, the company added more customers than in all of fiscal 2019. Its shares, which traded at about $30 early this year, shot up to $72 in October, valuing Chewy at almost $30 billion.

Even the most lovable pet can soil the carpet, though, and there’s been a whiff of unpleasantness at Chewy. Since PetSmart Inc. bought it for $3.35 billion in 2017, the founders and several executives have departed, partly over disagreements about Chewy’s culture and direction. A last-minute rewrite of pre IPO equity awards rankled some at the company, who griped that Singh didn’t deserve to stand with Musk and Cook.

In some ways, Chewy is reminiscent of a young Amazon .com Inc., with a ferocious focus on long-term growth at the expense of short-term profits. “To me, the story of Chewy is one of taking a beautiful startup and scaling it to become a world-class institution,” says Singh, himself an Amazon alumnus. “I believe that we have a clear path to profitability in the not-so-distant future. So we’re building something amazing here.”

The New York Stock Exchange opening bell rattled Theo, the white labradoodle reluctantly occupying the exchange’s famous podium on June 14, 2019. A Chewy executive cradled the dog and patted him on the back. The company’s shares were about to start trading. Singh beamed as he clanged the bell.

Watching from the exchange floor were Ryan Cohen and Michael Day, friends who co-founded Chewy in a dingy North Miami Beach office in 2011. The night before the IPO, Cohen had sat on the street outside the exchange, talking on the phone with his father and weeping about his baby becoming such a success. Neither he nor Day were with the company or owned a single share anymore. “It was surreal,” Cohen recalls. “It really was the American dream.”

Ten years ago, he and Day were twentysomethings with a knack for writing code and using Google AdWords to sell stuff. They’d met in a chatroom and decided to start an e-commerce business. Teaming up with Alan Attal, a friend of Cohen’s, they settled on jewelry.

Then, shortly before the launch, Cohen had an epiphany while shopping for his teacup poodle, Tylee, at his neighborhood pet store: They should ditch jewelry and start a pet food retailer that could marry low prices and fast shipping with the expert service offered in a local shop. Attal, who had a Chihuahua named Ruby, and Day concurred. In June 2011, they launched Chewy, a name Cohen had tested on pet owners in a PetSmart parking lot. Their inspiration and primary rival were one and the same: Amazon.

Skeptics asked whether Chewy wasn’t just another Pets.com, the doomed startup that went public in early 2000 and shut down before the year was out. But by 2011 online shopping had become part of everyday American life. There were plug-and-play options for warehousing, shipping, and cloud computing. U.S. households were spending more on higher-quality food and veterinary visits for their pets, which they increasingly considered part of the family.

Chewy was determined to outdo Amazon in serving customers. When a customer phoned, a representative said hello within six seconds. Emails were answered within an hour. Messed-up orders were replaced without question or cost. Customers received greeting cards on their pets’ birthday and flowers when their pets passed away. Those who emailed pet pictures were sent free hand-painted portraits. “It was all from the beginning about wowing customers,” Cohen says. “We can surprise the customer with a portrait, and all of a sudden they’re a customer for life.”