WHEN TRUMP DOESN'T LOVE YOU BACK 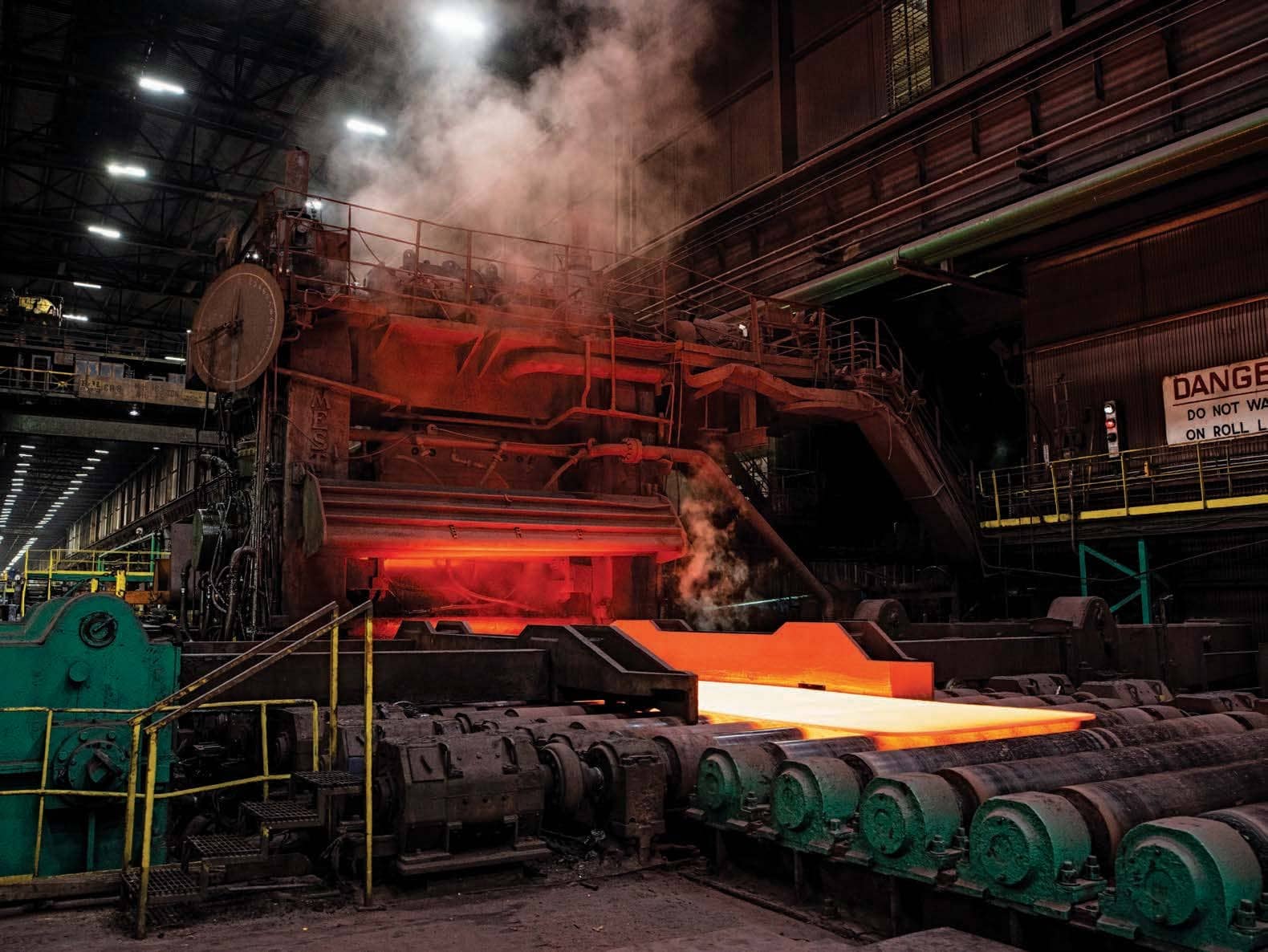 JSW Steel, a big fan of the president’s tariffs, is suing to be exempted from them
Bryan Gruley and Joe Deaux

John Hritz, president, and chief executive officer of JSW Steel USA Inc., put on a big smile and a Texas flag pin for his television spot on Fox Business in March 2018. “It’s a special day,” he told his host, then told her again: “It’s a special day.” JSW Steel’s India-based parent company, JSW Group, had announced it would invest $500 million and create 500 jobs at its steel mill in Baytown, Texas. “We’re going to make history,” Hritz said.

Hritz was counting on help from President Trump, who three weeks earlier had announced his intention to impose tariffs of 25% on steel and 10% on aluminum imported to the U.S. The Fox anchor wondered if the import levies might interfere with JSW’s Baytown plan, given that much of the raw steel processed at the mill was imported from India and Mexico. “Absolutely not,” Hritz said. On the tariffs, JSW was “in lockstep with the president and with the administration.”

Not so much anymore. A big piece of the Baytown project has been postponed indefinitely, in part because of Trump’s tariffs. Both Baytown and a sister plant in Ohio, where JSW once planned to invest another $500 million, have been operating at unprofitably low production levels, also owing in part to the tariffs. JSW has sued the administration for refusing to exempt it from paying the levies on the massive slabs of steel the company imports and turns into a pipe and other products for industrial use. “It’s the hypocritical nature of these tariffs that’s completely dumbfounding us,” says Parth Jindal, director of JSW Steel USA and managing director of JSW Cement Ltd. in India. “It just doesn’t add up.”

As Hritz sees it, JSW set out two years ago to do precisely what Trump and his trade hawks said the tariffs would help accomplish: reestablish the U.S. as a premier producer of steel. Hritz told the online trade publication Fastmarkets AMM after the tariffs were put in place, “We are following right down the road where the administration wants things to go … to completely overhaul the steel industry in this country.” But the revolution has been delayed by a bureaucratic morass at the U.S. Department of Commerce and, possibly, political weight thrown around by two of steel’s heaviest heavies: United States Steel Corp. and Nucor Corp. 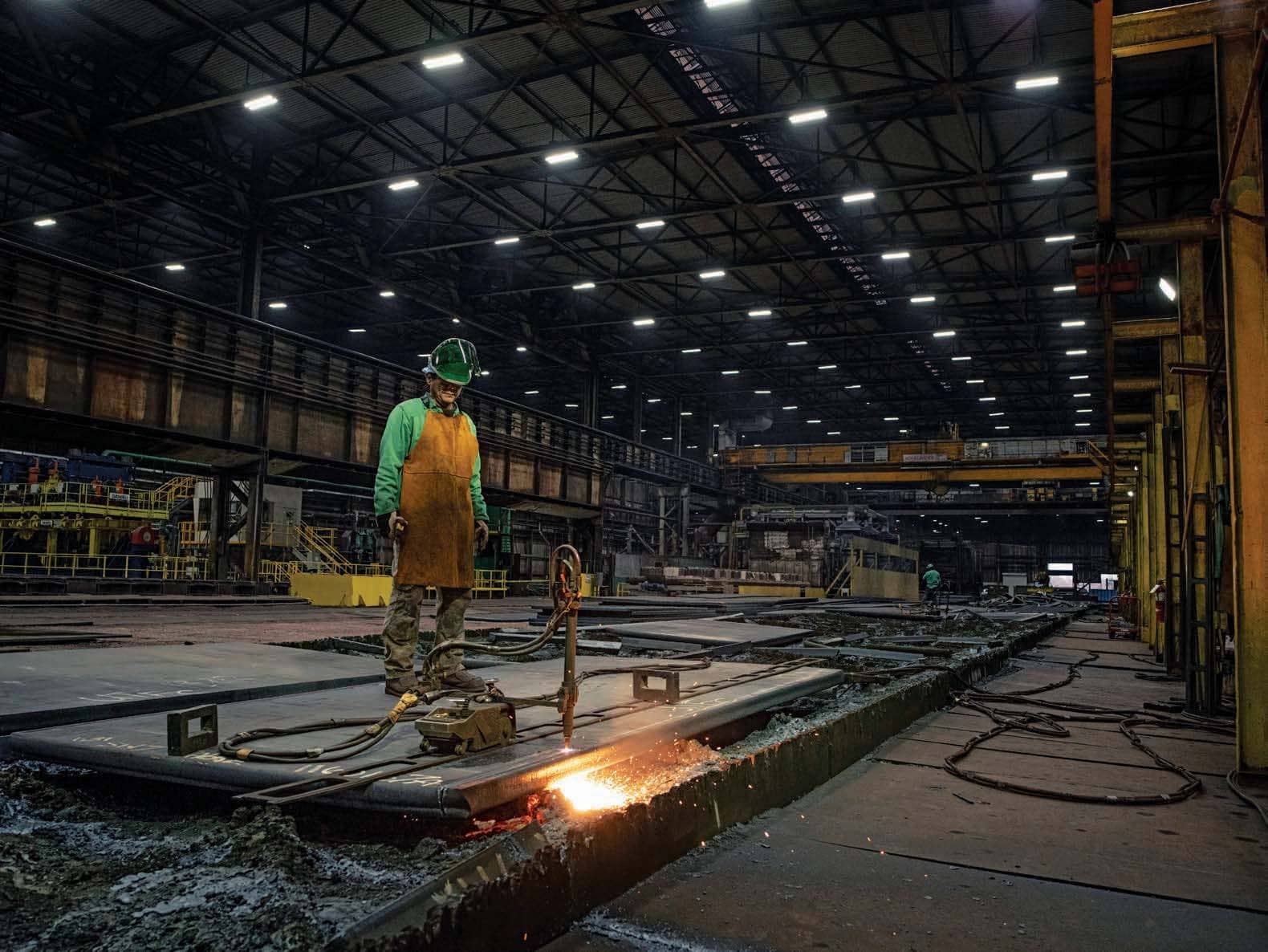 Other steel processors are in a position similar to JSW’s, paying tariffs on raw steel they say they can’t procure here. NLMK, the U.S. arm of Russia’s Novolipetsk Steel PJSC, has had rolling layoffs at a plant in Pennsylvania because it’s been paying tariffs on a slab from Russia—$184 million and counting, says Robert Miller, NLMK’s U.S. CEO, and president. “That frustrates me because now you’ve affected people’s families,” he says. “We’re an American company with American workers represented by American unions. That’s what sucks.”

Even before the Trump tariffs, domestic steelmakers enjoyed ample government protection, via scores of duties imposed on companies or countries judged by the Commerce Department to have dumped steel in the U.S.—that is, sold it below-cost—or otherwise violated trade laws. The new tariffs had a salutary effect for a while: Steel prices rose, and U.S. Steel and other reactivated mills. Then U.S. manufacturing went into a recession, and prices fell. Some steelmakers are retrenching. U.S. Steel recently said it would cut capital spending and close most of a plant near Detroit, costing about 1,500 jobs. All told U.S. iron and steel jobs are up 3%, or 2,600 workers. That gain would be more than halved by the U.S. Steel cuts.

JSW’s experience of the tariff wars is peculiar not only because the company energetically backed the tariffs. Hritz continues to praise the administration even while battling the Commerce Department in court. The whole situation is an awkward lesson in unintended consequences—it makes you wonder whether, when it comes to trade policy, some capitalists really don’t like capitalism that much.

A two-lane asphalt road burrows through trees and tall brush to JSW’s Baytown plant, about 30 miles east of Houston. The complex squats on the grassy tip of a peninsula that’s also home to some of the world’s largest petrochemical facilities and huge warehouses owned by Walmart, Ikea, and Home Depot.

Hritz, a short, stocky 65-year-old who wears his brown hair shaggy, started his four-decade career as an apprentice craftsman at a U.S. Steel plant in Youngstown, Ohio. He calls himself “an equipment guy” and gets excited showing visitors a slideshow of machinery being installed at Baytown. “Look at those beautiful double-side and end shears—they’re already on-site,” he says, referring to machines that cut slabs of steel like gigantic meat slicers. One slide in the presentation boasts that JSW is “Making American Steel Great Again.” 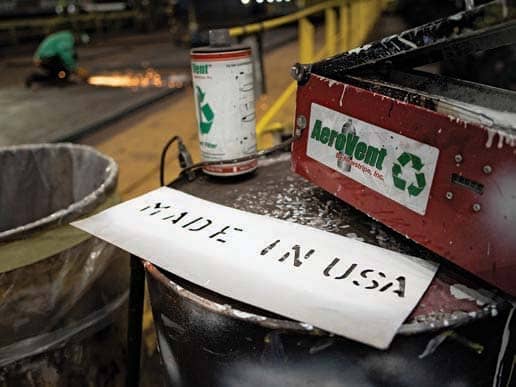 U.S. Steel opened Baytown in 1970 and employed as many as 2,000 workers there before closing it in the 1980s. By then, the long decline of the American steel industry was underway. Hritz witnessed it firsthand in Youngstown in 1980, when his employer closed the Ohio Works plant, killing thousands of jobs. The Baytown facility, which JSW bought in 2007, is now a rerolling operation. Rollers import what’s known in the industry as semifinished steel, often in slab form, and process it into finished products such as pipes, as well as into sheets and plates that customers shape into auto body panels, washing machine shells, and other things. In Baytown, JSW’s largest customers are energy companies, for which it fabricates pipes that channel oil and gas across Texas and the Great Plains.