WHAT WOULD EMILY OSTER DO? 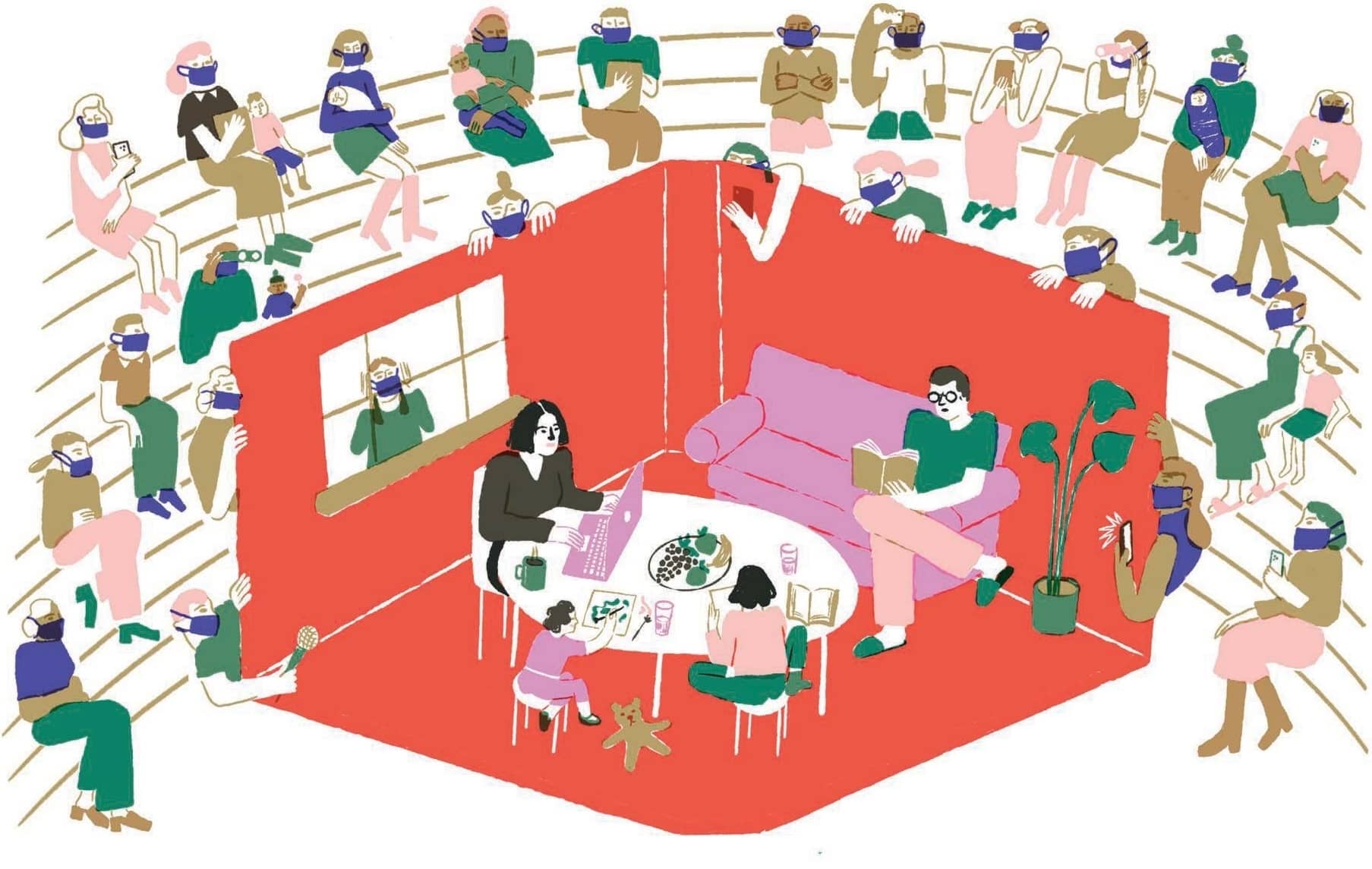 WHY SO MANY PARENTS ARE TAKING THEIR CUES FROM A HYPER-RATIONAL, DATA-OBSESSED ECONOMIST

OVER THE COURSE OF A FEW DAYS in mid-May in Providence, in between homeschooling her 5- and 9-year-olds, grading undergrad research papers, baking bread, revising her first book, and co-chairing Brown University’s Healthy Fall 2020 Task Force over Zoom, Emily Oster sat down in front of her laptop with a steady supply of coffee. A few months earlier she’d started writing a newsletter called ParentData, aimed at the following of pregnant women and new parents she’s amassed over the years. It started as a guide to making data-driven decisions about such things as side sleeping and sippy cups. But as with everything else, the pandemic had taken over. She’d wake up each day to an inbox full of frantic questions: Was it safe to visit the grandparents? Are playdates off the table? What about sending kids back to school?

Oster, an economics professor, has built a thriving career applying the tools of her discipline to everyday life. Her first book, 2013’s Expecting Better: Why the Conventional Pregnancy Wisdom Is Wrong—and What You Really Need to Know, shot her from academic obscurity to household name. It dug into data to bat down blanket bans issued by obstetricians (including hers during her pregnancies) on deli meats, sushi, and alcohol. “Economists’ core decision-making principles are applicable everywhere,” she wrote. “And that includes the womb.”

Now Oster is using those principles to help people think about two of the most vexing issues of the Covid-19 era: how to stay safe, and how and when to reopen daycare and schools so America’s 74 million children, their parents, and the economy can reclaim some semblance of normalcy and productivity. Although her analyses on school reopenings have been criticized as too cavalier (and aligned her more closely with President Trump than she’d like), she’s become a go-to authority amid the anxiety, with bylines in the Atlantic, the New York Times, the Washington Post, and Bloomberg Opinion, and appearances on an array of podcasts.

As for those questions piling up in her inbox in May, Oster couldn’t possibly respond to or decide what was best for each newsletter reader’s unique situation. But she could share the economic framework she uses when faced with uncertainty. So she got to typing:

1. Frame the question. (Clearly define two or three options, instead of trying to evaluate infinite or indistinct possibilities.)

2. Mitigate risk. (What’s the safest way to execute those options?)

The point of the exercise, Oster says, isn’t to feel sure, necessarily, that the decision you reach is the right one. That may be possible sometimes, but it’s very difficult now, as research into the virus yields new and changing information and much of the data we’d like to have is unavailable or incomplete. The goal is to feel good about the process you used to arrive at a decision, so you can move on to the next fire you need to put out.

The message wouldn’t have felt unfamiliar to anyone who’s taken Econ 101 or replicated Benjamin Franklin’s habit of stacking pros against cons. But it struck a chord, and the post soon became Oster’s most popular, with more than a half-million views. As she often does, Oster shared the decisions she and her husband had made regarding the topic at hand—“Even though I know I will be crucified, I will tell you,” she wrote. They paid a young nanny who lives alone to watch their kids in the afternoons when schools closed in March so they could continue working, and arranged visits with the grandparents via socially distanced, masked walks in the woods.

Oster is 40 and has bright eyes, a wide smile, and straight chocolate-brown hair that she wore for years in a bob but now pulls back into a “Covid ponytail” after tiring of looking at herself on Zoom calls all day. In addition to Expecting Better, she’s the author of 2019’s Cribsheet: A Data-Driven Guide to Better, More Relaxed Parenting, From Birth to Preschool, an instant Times bestseller. The books have made her a celebrity among a generation of women and new parents like me, arming us with the ability to make informed, confident decisions. Her writing is accessible, authoritative, and empathic, infused with a self-deprecating wit. “Last week is when I started to crack a bit,” she wrote in ParentData on April 27. “Was that me crying in the Whole Foods parking lot last Thursday? Yes, yes it was.”

OSTER MADE HER CLASSROOM debut as an infant in 1980, when her father, Ray Fair, held her up Lion Kingstyle in a Yale lecture hall. “I figured that since we’ve been talking about production functions all semester, you’d like to see the output,” he told his students, as one of them recalled in the school’s alumni magazine. Fair, a macroeconomist known for his presidential predictions (he foresaw a Trump victory in 2016; he hasn’t made a 2020 call because the pandemic has messed up the economy and hence his model), still teaches there. Oster’s mother, Sharon Oster, was also a Yale economist until retiring in 2018. She was the first woman to gain tenure at and become dean of the university’s School of Management.

The Oster-Fairs brought economics instruction home. Food shopping was a lesson in opportunity cost: Time was valuable, so Sharon faxed the grocer a list instead of walking the aisles. Fair would dismiss his children’s pleas to switch to a shorter toll booth lane by citing the “no-arbitrage condition,” which assumes that because everyone is optimizing all the time, the possibility to improve is marginal. Feminism was demonstrated, not simply discussed. The couple alternated nights fixing dinner, despite Sharon’s being a better cook, to show it wasn’t solely a woman’s job. Sharon didn’t change her last name upon marrying, and she and her husband flipped a coin to decide whose Emily would take, Sharon told me, “to let children reflect upon the nature of patriarchal culture and society.” (For Emily’s two younger brothers, they alternated last names.) Emily was a bright, driven, and bossy child, the sort who created an algorithm to solve quadratic formula problems for sixth-grade math. The teacher made her redo the work by hand.