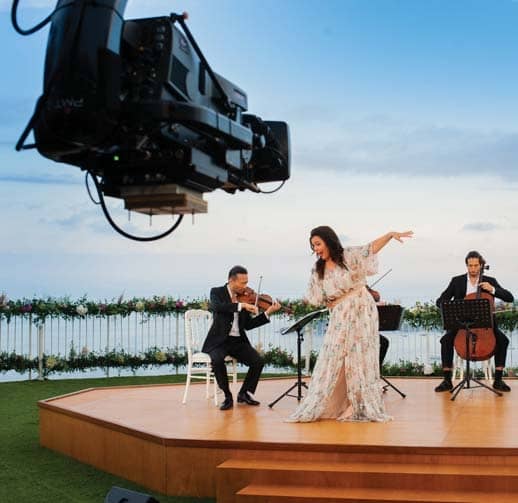 The maestros of classical music now depend on the camera lens to translate their magic.

The Metropolitan Opera stages more than 200 performances and hosts almost 800,000 visitors every season at its cavernous building in New York. But when the curtain fell on its March 11 production of Così Fan Tutti ahead of the city’s corona virus lockdown, history recorded it as the company’s last of 2020.

Like most everyone else, the Met began hosting virtual events: On April 25 the At-Home Gala featured 40 opera stars around the world singing into their laptops over Skype. Despite poor audio quality, the performance raised $3 million. Fresh from that success, the company began boosting production values and hired audio-visual professionals to record a series called Met Stars Live in Concert.

The Met has been streaming its operas since 2006 with a Live in HD program, but Met Stars Live leaves the acoustically rigorous confines of the opera house to enter uncharted territory—which is how tenor Roberto Alagna and soprano Aleksandra Kurzak found themselves standing on a cliff in Eze, a hillside village on the French Riviera, singing Vogliatemi Bene from Puccini’s Madama Butterfly. Instead of the Met’s famous cinematic production by Anthony Minghella, viewers at home were treated to the lawn of the Château de la Chèvre d’Or, a five-star hotel overlooking the Mediterranean.