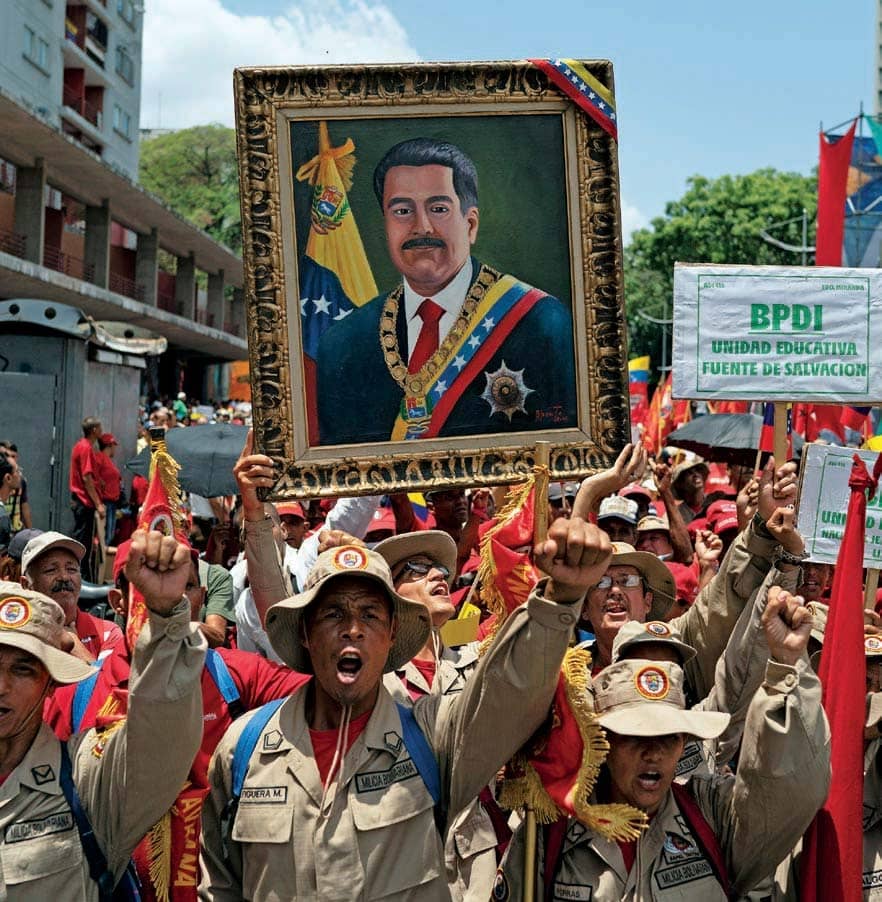 Carlos Viloria came back to Venezuela last month. The 35-year-old lawyer—one of more than 5 million people who’ve left the country over the past five years, hoping to escape one of the world’s worst humanitarian catastrophes—had tired of 15-hour days and abusive bosses working in a restaurant in Argentina for a year and a half. His reason for returning is emblematic. “I’m going to find a job that pays in dollars,” he says.

After leading his country’s economy over a cliff, President Nicolás Maduro has brought it a certain measure of stability. He remains widely despised. But by allowing dollars to flow freely and private enterprise to flourish in recent months, he seems to have breathed new life into his regime. Emigration has begun to slow. Some people are returning.

It all points to the tenacity of Maduro, whom the U.S., Europe, and much of the world consider an illegitimate leader. They’ve thrown support behind opposition leader Juan Guaidó, who announced his plan a year ago to oust the president. Now, despite a world tour including a White House meeting with Donald Trump on Feb. 5, Guaidó appears further from his goal. As he returned to Caracas six days later, there was little to indicate that he was headed to anything like a quick victory. Although Guaidó wasn’t arrested for violating his travel ban, security forces stopped buses taking his supporters to the airport to greet him, and journalists and lawmakers said they were beaten by Maduro loyalists.