Under The Banner Of Biodiesel 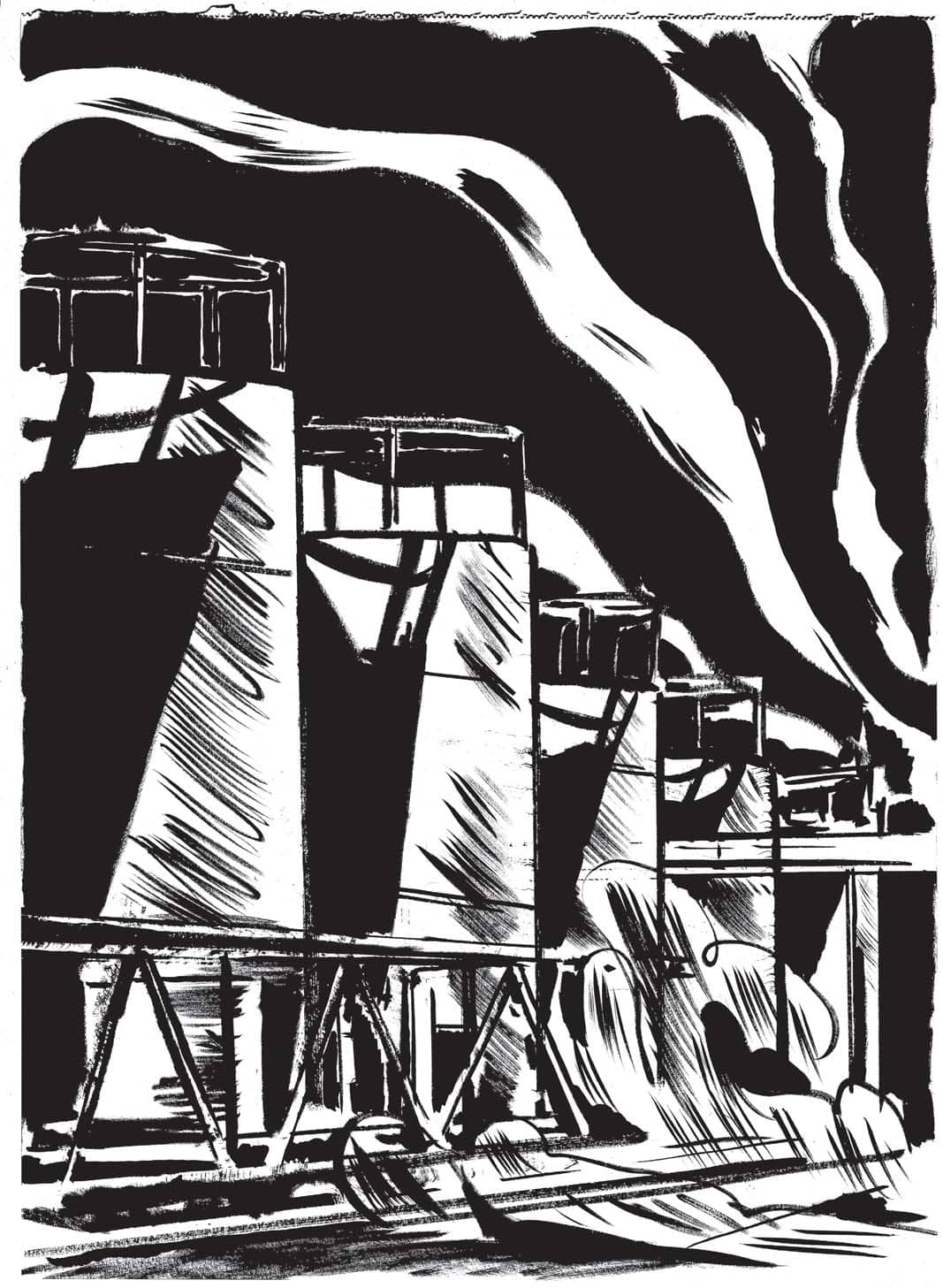 On the afternoon of Aug. 23, 2018, federal agents fanned out across the Salt Lake City airport. They were looking for Jacob Kingston. He was 42, with short, dark hair and a salt-and-pepper beard. According to the IRS, Kingston had defrauded the U.S. government of more than a half-billion dollars, and now he was fleeing to Turkey. The agents feared that if he boarded KLM flight 6026, he’d never come back.

Kingston is a member of the Order, the largest Mormon polygamist clan in the U.S. Authorities call it an organized crime group. Concentrated in Salt Lake City, its 10,000 members control more than 100 businesses in the West, including a casino in Southern California and a cattle ranch on the Nevada border. Closer to home, it runs a tactical arms company that specializes in semiautomatic weapons.

The government had spent years investigating Kingston and a company he ran called Washakie Renewable Energy LLC, the most successful in the Order’s portfolio. At a plant along the Utah-Idaho border, Washakie made biodiesel that it shipped out on rail cars, but the bulk of its profits came from $1-per-gallon tax credits that the IRS administered. The credits—cash from the government, basically—had made Kingston wealthy. He sat in a suite at Utah Jazz basketball games, hobnobbed with state power brokers, and moved one of his wives, Sally, into a mansion in a leafy Salt Lake suburb.

For more than a year, the government had also been probing Kingston’s ties to a man named Lev Dermen. An Armenian immigrant, Dermen sat atop a small oil and gas empire in Southern California with a string of gas stations and truck stops. The feds suspected that Kingston had been running a sophisticated scam for years with Dermen’s help. Evidence that the Environmental Protection Agency obtained suggested that Washakie’s plant didn’t produce the type of biodiesels eligible for tax credits. Yet the company had claimed more than $500 million in credits by allegedly falsifying records, sending diluted loads or tanks of water to co-conspirators, and recirculating the vegetable and animal fats and used cooking oil needed to make biodiesel on ships that shuttled from Panama to Houston. The government also accused Washakie of laundering $134 million to Turkey.

At the airport, the agents grew anxious as they saw Sally and her family arrive, according to a source close to the investigation, court records, and an interview with a former Order member. The family split up, entering different security lines. But Kingston was nowhere in sight. Authorities had long feared that he had a mole; more than two years earlier, he’d been tipped off to a raid on his home and business.

Now it seemed he’d slipped through their hands.

Early Mormons lived the principle of plural marriage as part of their religion, but the practice has been illegal in the state since 1890, driving the fundamentalist sects that keep it alive underground.

Many of these clans, such as the Fundamentalist Church of Jesus Christ of Latter-Day Saints (made famous in Jon Krakauer’s book Under the Banner of Heaven) have scattered to the red rock deserts of southern Utah, where they live in isolation in sprawling, dilapidated compounds. The Order is one of the few that stayed in the Salt Lake Valley. For this story, Bloomberg Businessweek talked to 10 former and current Order members, who asked for anonymity to avoid being cut off from family still in the group.

â€‹Kingston’s great-uncle Elden founded the Order at the height of the Great Depression. With a strong jaw, broad shoulders, and a shock of white hair, Elden claimed to be the “one mighty and strong” predicted by Mormon founder Joseph Smith who, “holding the scepter of power in his hand,” would “set in order the House of God.”

Convinced the Mormon Church had lost its divine authority in renouncing polygamy, Elden persuaded three other families to join him in establishing a sect to restore the kingdom of God. They would live as early Mormons had, observing the law of consecration, signing over all property and future earnings to the Order. They sold their possessions, dressed in blue overalls, and lived out of canvas tents in a town north of Salt Lake. They called it the Home Place.

When Elden died in 1948, his brother Ortell became prophet, and the clan grew in size and wealth. Ortell emphasized a doctrine called bleeding the beast. He taught the clan’s women to descend upon state welfare offices with their children and claim to be destitute single mothers, a scheme that would qualify them for welfare programs such as food stamps. (In 1983, Ortell paid the state $250,000 to settle welfare fraud allegations, though he never admitted guilt.)

Authorities have alleged that Order members hired accountants to hide profits to avoid taxes; ignored environmental and safety regulations, including at their now-shuttered coal mine in central Utah; and armed themselves, swearing fealty to the prophet above any other man. “I strongly believe they are an organized crime family,” says former Utah Attorney General Mark Shurtleff. (The Kingston clan, which publicly calls itself the Davis County Cooperative Society Inc., has long denied breaking any laws. In response to the Washakie charges, it told CBS in May that it “condemns in the strongest terms fraudulent business practices and stresses that this behavior goes completely against our beliefs and principles.”)

To protect the family, the Order abided by certain practices. Children were taught never to talk to outsiders beyond what was necessary. Members avoided banks, which they didn’t trust, and doctors, who could ask for birth certificates or other medical records that would expose the group’s lifestyle. They handled their affairs internally instead of going to the police.

By the time Kingston was born in 1976, his uncle Paul was the prophet, and his father, Daniel, was the unofficial No. 2. Kingston’s early life was governed by Order rules known as ABC standards, with an edict for every letter in the alphabet. Two commandments took precedence. One was the rule for “I,” pertaining to “Incomings,” which was a modern interpretation of the law of consecration: Kingston would only work for an Order business, and any money he made would be turned over to the church to build the kingdom of God. This law applied to everyone. Girls and boys as young as 7 worked at the clan’s grocery store or answered phones at the Order’s law office, where Paul often worked. Everyone was paid in scrip, a form of credit that was only redeemable at Order stores. “If the Order doesn’t have it,” the clan taught, “we don’t need it.”

The other was the rule for “O,” corresponding to “Obedience,” which was otherwise known as the law of one above another. Everyone answered to someone— first a father, then up the line to the Numbered Men who ran the Order’s businesses. Paul had the final say in everything, from where you worked to whom you married to what house you lived in.