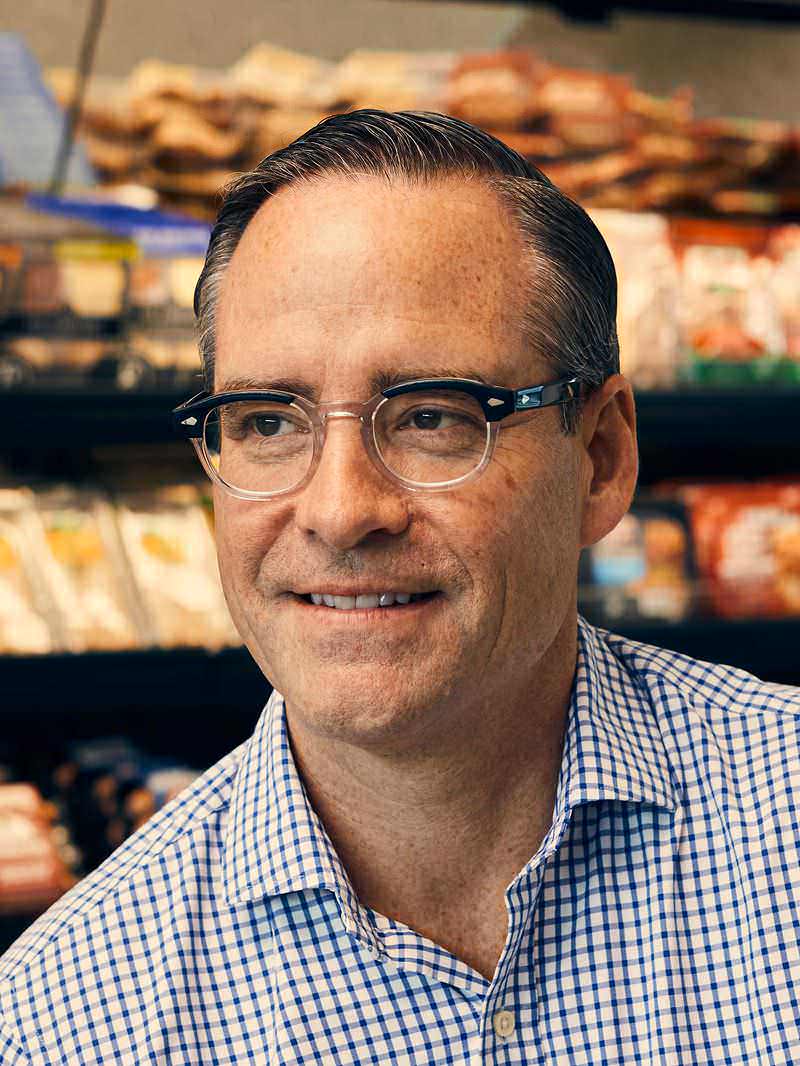 “Now that is a beautiful belly,” Tom Hayes says, running his hand along the plastic-wrapped contours of a slab of pork about the size and shape of a Gutenberg Bible. It’s lying on a stainless steel table in a test kitchen at the Discovery Center, a laboratory for product innovation at Tyson Foods Inc. in Springdale, Ark. Hayes, who’s served as chief executive officer since December 2016, lifts and rotates the block of meat, examining the cut with loving attention. “Ever seen a pork belly, Liz?” Hayes asks his director of executive communications, Liz Coffey, who’s touring the research and development center for the first time. She has not.

“I think you should hold the pork belly,” Hayes says, his tone half-joking, half-reverent. He carries the slab with outstretched arms and lays it in Coffey’s hands, conducting what seems to be a spontaneous benediction.

Tyson produces 1 of every 5 pounds of meat consumed in the U.S. Hayes and his 122,000 employees annually process and sell $15 billion worth of beef, $11 billion of chicken, and $5 billion of pork. They also formulate, package, and sell $8 billion in prepared foods under a brand roster that includes Hillshire Farm, Jimmy Dean, Ball Park Franks, Original Philly Cheesesteak, and Aidells Sausage. Half of the products are distributed by retail grocers; most of the rest go to McDonald’s, Burger King, Wendy’s, KFC, and other food-service outlets.

Hayes, 53, is an upbeat, shoulder-punching, “call me Tom” kind of leader—“a man of the people,” as more than one member of his team describes him. All that bonhomie has emboldened and perhaps insulated the CEO, who’s positioned himself as a forward-thinking renegade in an industry many consider ethically unsound, environmentally catastrophic, and mired in old-world thinking. Since Hayes started, he’s trumpeted the promise of “sustainable proteins” and “cleaner foods” in the media (Squawk on the Street, Mad Money), at conferences (Davos, Milken), and in the Twittersphere. He’s made practiced statements such as “I took this job to help revolutionize the global food system” and pledged “to raise the world’s expectations for the good we can do through food.”

The language sounds awfully suspicious coming from a man whose company processes about 1.8 billion animals per year. Tyson operates dozens of mass-scale slaughterhouses and has been criticized for water and air pollution, animal cruelty, and labor violations. It’s also responsible for tens of millions of metric tons of greenhouse gas emissions a year, on par with the whole of Ireland. “To call it a sustainable or do-gooder company would be absurd,” says Matthew Prescott, senior director of food and agriculture for the Humane Society of the U.S. Yet Hayes, whose square-jawed face and brilliantined hair give him the look of a 1950s marketing boss, insists it’s precisely because of Tyson’s scope that he has the potential to make a difference: “We’re so big that the industry can’t change if we don’t lead.”

In his first few months at the helm, Hayes replaced 6 of 10 division heads—many with hires from outside the meat industry. He also created two roles: chief technology officer and chief sustainability officer.

Hayes and his team rolled out new sustainability goals in rapid succession: Tyson would remove antibiotics from all Tyson-branded chicken products in 2017. It would slash its greenhouse gas emissions 30 percent by 2030, not only internally but also throughout its supply chain. It would continue to improve efficiency at its plants, expand organic product offerings, and practice sustainable land management on 2 million acres of corn grown for animal feed. Hayes pledged to enhance employee welfare, improve animal treatment, and strengthen rubrics that protect a Tyson-raised animal’s right to “a life that’s worth living.”

He also began trumpeting a plan to shift his company from a grower and processor of meat to a producer, broadly, of proteins. In May the company became a seed investor in Future Meat Technologies Ltd., an Israeli startup developing “cultured meats” from cells in petri dishes. Tyson was also a major player in a recent investment round for Memphis Meats Inc., a company in San Francisco developing lab-grown beef, poultry, and fish that’s also funded by Bill Gates. And in December of last year, Tyson joined in a $55 million round of financing for the California-based startup Beyond Meat Inc., the leading brand in plant-based protein products nationwide. 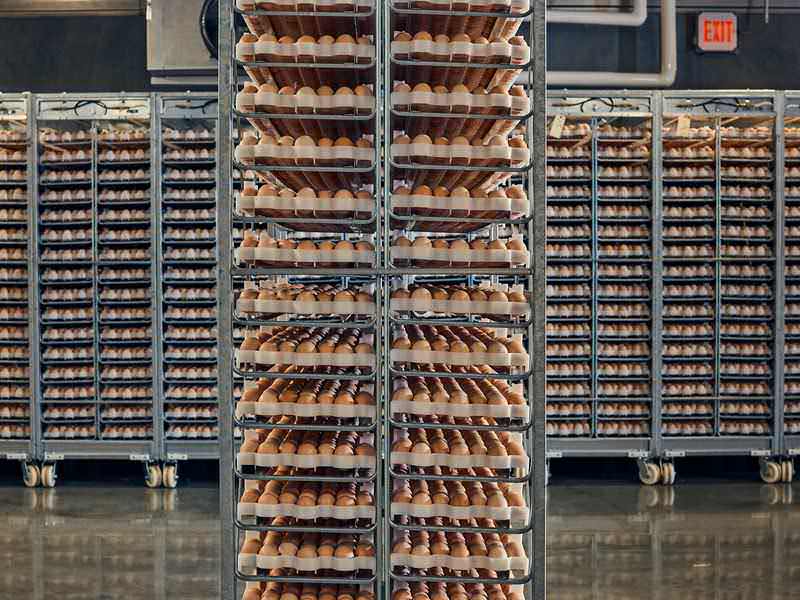 Tyson isn’t the only player in the conventional meat industry making unconventional investments. Cargill Inc. bought into Memphis Meats, too. Perdue Farms Inc. is investing in humane processing equipment, slow-growth chicken breeds, and niche organic brands. Even Hormel Foods Corp., maker of Spam, is developing animal-free products. If Tyson doesn’t stay ahead of the game, it runs the very real risk of falling behind. “We want to actively disrupt ourselves,” says Hayes. “We don’t want to be Kodak.”

He won’t disclose how much money he’s plowing into alternative proteins, but for now, it’s far less than he’s putting into status quo meat production. The entire fund Hayes established for sustainable technology investment is $150 million—about half the cost of a poultry complex Tyson is building. But even his fiercest critics say these investments are a worthwhile start.

At the Discovery Center, Tyson’s test cooks have been formulating protein bowls made from ingredients such as quinoa, lentils, and chickpeas for the company’s vegetarian brand, Green Street, set to hit stores in 2019. Hayes points out a new refrigerated product that contains a hard-boiled egg, a handful of almonds, and a few slices of cheese—the kind of meatless snack you might see in the cold case at Whole Foods, but this one bears the Jimmy Dean logo. Wouldn’t the carnivorous, country- crooning Mr. Dean be turning over in his grave at such a sight? No, Hayes counters. Dean would understand that for a tradition-steeped company such as Tyson, success over time “means keeping a boot in the past but putting the other one in the future.”