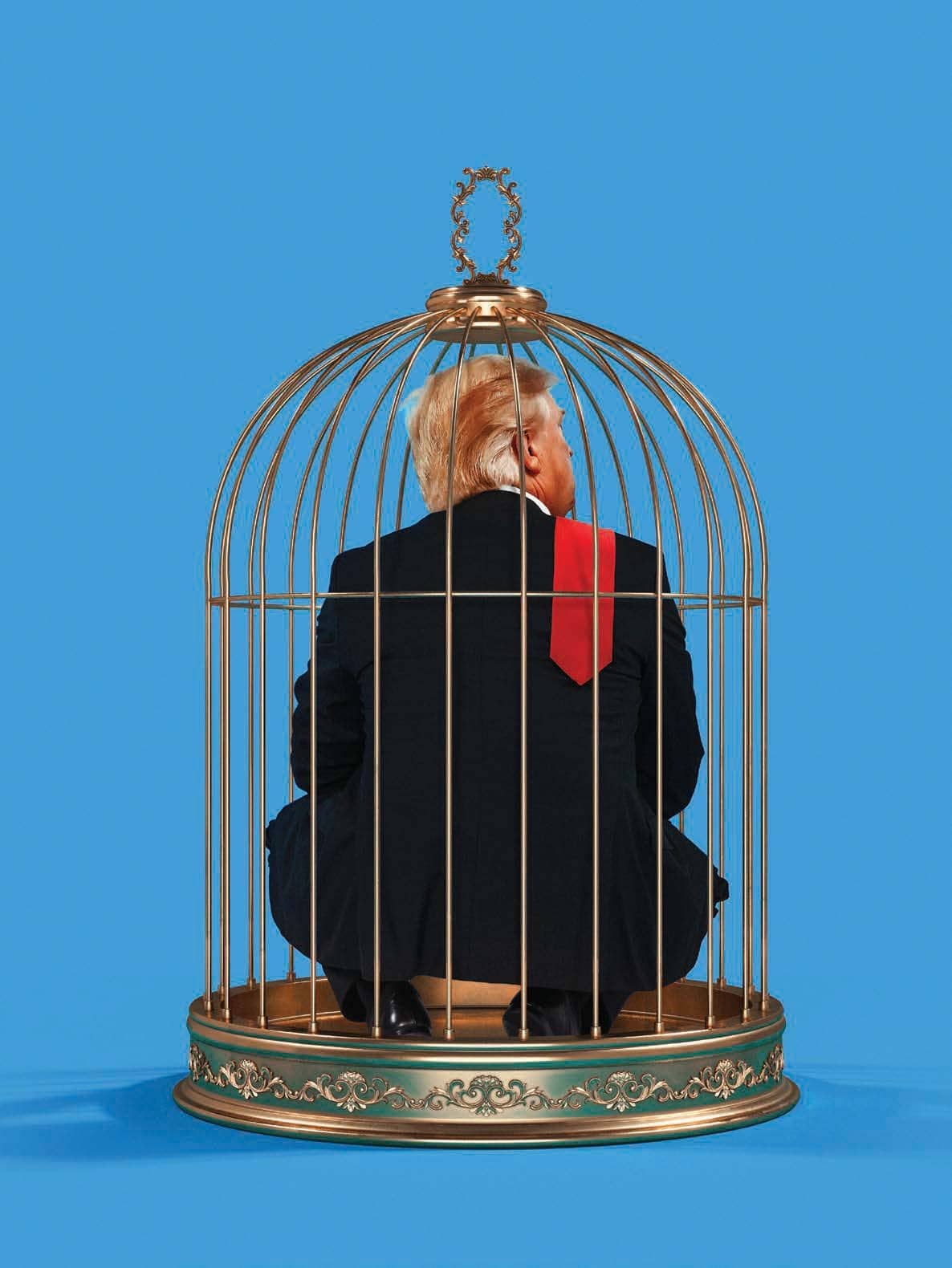 Jack Dorsey eats around 6:30 p.m. each night, a meal typically consisting of meat or fish, greens, berries, chocolate, and a multivitamin, with red wine. For breakfast, he drinks 28 ounces of water. For lunch, he has more water. He’s been known to go entire weekends on water alone.

When it comes to human contact, Dorsey’s tastes also tend to the ascetic: He attends 10-day silent retreats where even reading and eye contact are forbidden. Before the pandemic forced everyone to stay home, he would often complete the five-mile commute from his house to the San Francisco headquarters of Twitter Inc. on foot, even in the rain, and usually wearing sandals.

If that’s true, Dorsey must be loving life right now. Twitter, where he serves as chief executive officer (a part-time job, since he’s also CEO of the payments company Square Inc.), has become a favorite target of President Trump. The president has raged against the company since May 26, when Twitter attempted to fact-check two of his tweets about mail-in voting, and, a few days later, suppressed another that seemed to incite violence. “When the looting starts, the shooting starts,” Trump wrote, referring to the fatal shooting of a suspected looter by a Minneapolis pawnshop owner during protests, among other violent incidents around the country. Twitter left the implied threat up, but forced readers to click on a message that said the post was a violation of its rules that prohibit “glorifying violence” before they could see it.

Whatever your opinion of Trump’s rhetorical body of work, these latest tweets aren’t hugely different from his usual stream of threats, boasts, conspiracy theories, and general vitriol. Trump, who has 82 million followers, used Twitter to call a former female employee a “dog” in 2018. In May, he baselessly intimated that Joe Scarborough, the MSNBC host, had murdered a congressional staffer, Lori Klausutis, who died in 2001. Klausutis died because she had an undiagnosed heart condition that caused her to pass out and hit her head, according to the medical examiner. Scarborough was nearly 1,000 miles away when the accident happened. “The President of the United States has taken something that does not belong to him—the memory of my dead wife—and perverted it for perceived political gain,” Timothy Klausutis, her widower, wrote in a letter to Dorsey. Twitter left Trump’s statements unchallenged.

In this context, adding a fact-check link at the bottom of a tweet about mail-in voting might seem mild, but Trump took it as a provocation. The company was censoring conservatives, he claimed, and he was to use the power of the presidency to stop it. “Twitter is completely stifling FREE SPEECH,” Trump tweeted. He promised to “regulate” social media “or close them down.” He also singled out Twitter’s head of site integrity, Yoel Roth, calling him a “hater.” Trump’s senior adviser, Kellyanne Conway, followed up in an interview on Fox & Friends by spelling out Roth’s Twitter handle on air, apparently urging Trump supporters to harass him. “Somebody in San Francisco, go wake him up and tell him he’s about to get more followers,” she said.

The next day, Trump signed an executive order aimed at “preventing online censorship.” If it survives legal challenges, the order could cause Twitter, Facebook, YouTube, and other social media sites to lose some protection from lawsuits they’ve enjoyed under Section 230 of the Communications Decency Act. Some in the tech industry have warned that this would force the big social media companies to employ armies of editors and might even push smaller ones out of business.

Dorsey’s defense was measured but firm. “Our intention is to connect the dots of conflicting statements and show the information in dispute so people can judge for themselves,” he wrote on Twitter. He asked followers to leave Roth alone. “There is someone ultimately accountable for our actions as a company,” Dorsey wrote. “And that’s me.”

In the 14 years since he co-founded the company, Twitter has been more extreme on free speech than its much larger rival Facebook Inc., which has also been accused of enabling racism, violence, and all manner of fake news. Twitter is “the free speech wing of the free-speech party,” as its former CEO Dick Costolo once put it. In taking a stand—even a mild one—Dorsey, who declined to comment for this story, has picked a fight with the service’s single most important user.