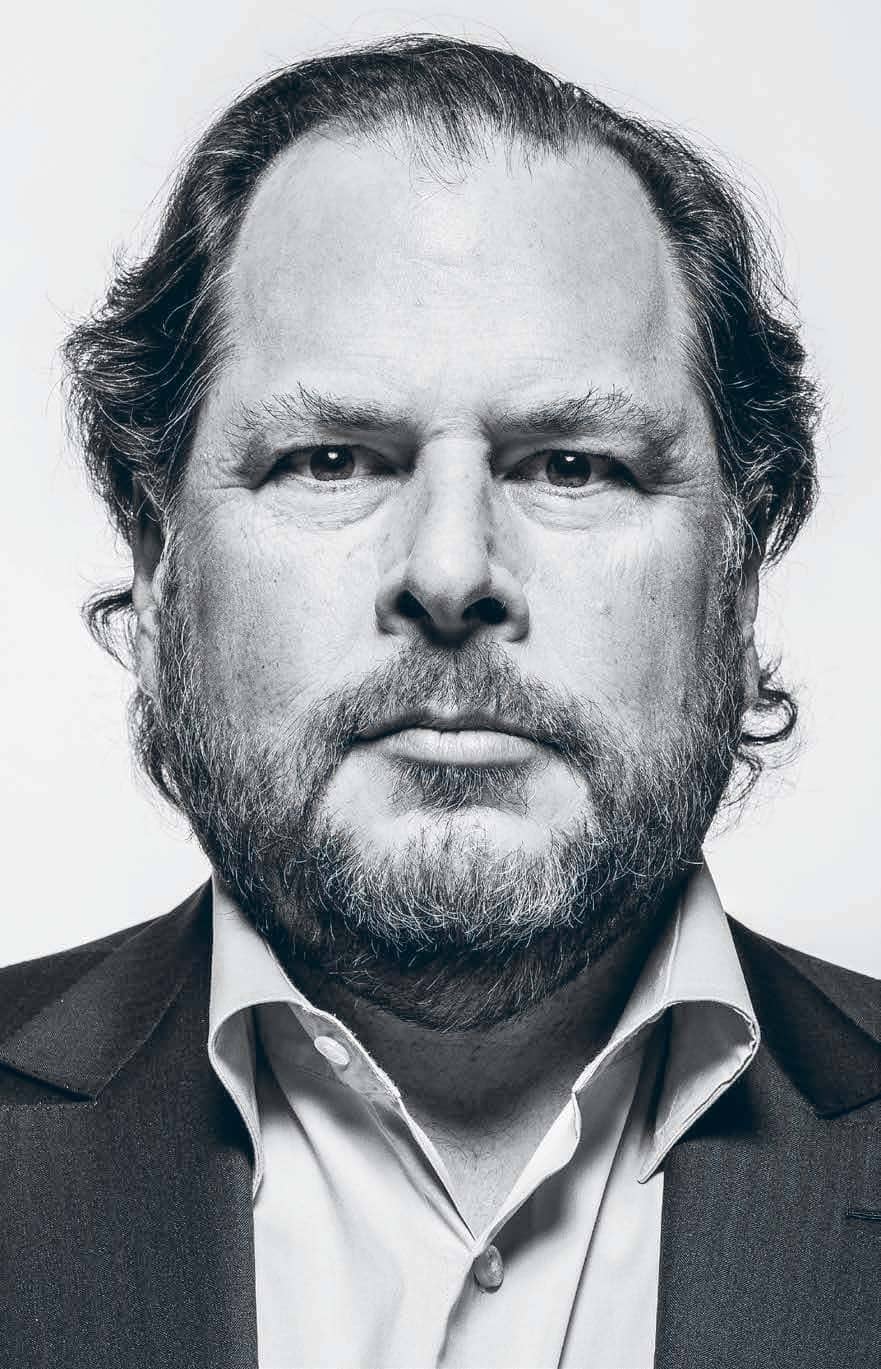 Salesforce’s remarkable growth has relied on Marc Benioff’s personality-driven, pricey deals. Can he keep it up?

Marc Benioff wanted everyone to know the statue was “a very, very big deal.” The software billionaire, a lover of all things Hawaiian, spent $7.5 million at auction in late 2017 for a centuries-old carving of the war god Ku and made a show of donating it to a museum in Honolulu last spring. Hawaii has shaped Benioff’s spiritual beliefs and fostered his boldface- name friendships, and he framed the donation as a way of giving back to the community, saying he didn’t want to hoard the statue’s spiritual power. It’s possible he needn’t have worried: A couple months ago, some art experts began arguing that based on the uncertainty of its provenance, the Ku figure is likely a tiki-bar-caliber tchotchke worth less than $5,000. A spokeswoman declined to comment on the statue’s value.

The co-chief executive officer of Salesforce .com Inc., which makes America’s dominant sales-tracking software, puts a lot of faith in his gut. Interviews with Benioff and 18 current and former Salesforce employees and other friends and associates of the CEO make clear he operates more on spur-of-the-moment instincts than on a grand strategy. On the whole, that’s worked out incredibly well. Most companies taking in $13 billion a year don’t grow the way Salesforce does. Now entering its third decade, with a market capitalization of more than $120 billion, its revenue is still increasing 26% a year.

The secret is deals. Benioff has kept up the momentum by acquiring more than 60 companies in 20 years, including a string of fast-growing businesses in marketing, e-commerce, and data integration. Sometimes he’ll buy a company during a meeting that had nothing to do with acquisition talks. And the CEO readily acknowledges that he can’t always explain how he arrived at those decisions. “It’s hard, because I’m somebody who can see things that other people can’t see,” he says. “It’s frustrating when I can’t communicate what I’m feeling. This is one of my challenges.”