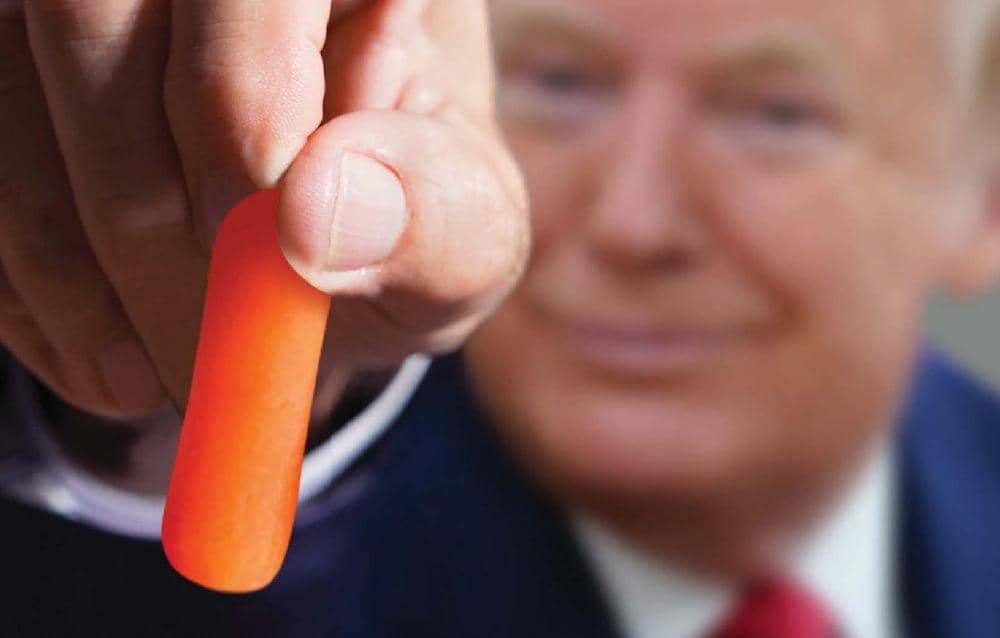 Donald Trump got elected in 2016 in no small part because he had the good sense to recognize a bad deal—and to offer voters a better one. One afternoon in May 2016, soon after knocking off16 Republican challengers to cinch his party’s presidential nomination, Trump matter-of-factly explained how he’d done it. Sitting in his Trump Tower office beside a replica model of a Trump airliner, the future president described for me a confrontation he’d just had with soon-to-be-House Speaker Paul Ryan, a proud avatar of small- government conservatism.

Trump realized that Ryan’s plan to finance a tax cut for the rich by cutting programs such as Medicaid and Social Security would harm the GOP’s White, blue-collar base. It offered voters a lousy deal, while Democrats promised a better one. “I told Paul, ‘We’ve got to win an election,’ ” Trump said. “There’s no way a Republican is going to beat a Democrat when the Republican is saying, ‘We’re going to cut your Social Security,’ and the Democrat is saying, ‘We’re going to keep it and give you more.’ ” In the GOP primary, Trump had differentiated himself from the rest of the field by assiduously vowing to preserve those popular programs. It worked. Polls showed voters perceived him to be the most moderate candidate in the field and the likeliest to look out for their interests. As Trump told it, he’d rejected his party’s orthodoxy and made voters a better offer—one they’d gladly accepted.

Four years later, Trump is in big trouble. With Election Day less than two months away, polls show him losing to Joe Biden. Battered by a stubborn pandemic, persistent unemployment, and a reeling economy, voters by a 3-to-1 margin tell pollsters the country is headed in the wrong direction. Trump has little time to turn things around. If ever there was a moment to employ his dealmaking savvy, it’s right now.

Once again, Democrats are offering a more generous deal than Republicans: a $3 trillion coronavirus relief package the House passed in May vs. the $300 billion alternative that Senate Republicans failed to push through earlier this month. But unlike in 2016, Trump’s salesman instincts have failed him. Instead of spurning Republicans’ parsimony and using the Democrats’ lifeline to turbocharge the economy, Trump— consumed by his litany of grievances—has forgotten his electoral self-interest and acceded to his party’s desire for austerity. He doesn’t have to. As the unquestioned alpha dog of the GOP, Trump has shown he has the power to force Republican lawmakers to defend and support almost anything. If he pushed them for a bigger stimulus package with anything like the public vigor he’s shown in going after Biden or Bob Woodward, he’d undoubtedly get it.

Instead, as the recovery slows, bankruptcies loom, and aid for workers and businesses dries up, Trump looks set to willingly preside over something that once seemed unthinkable— abandoning further recovery efforts and cutting off millions of Americans just weeks before they cast a vote to decide if he merits another term.