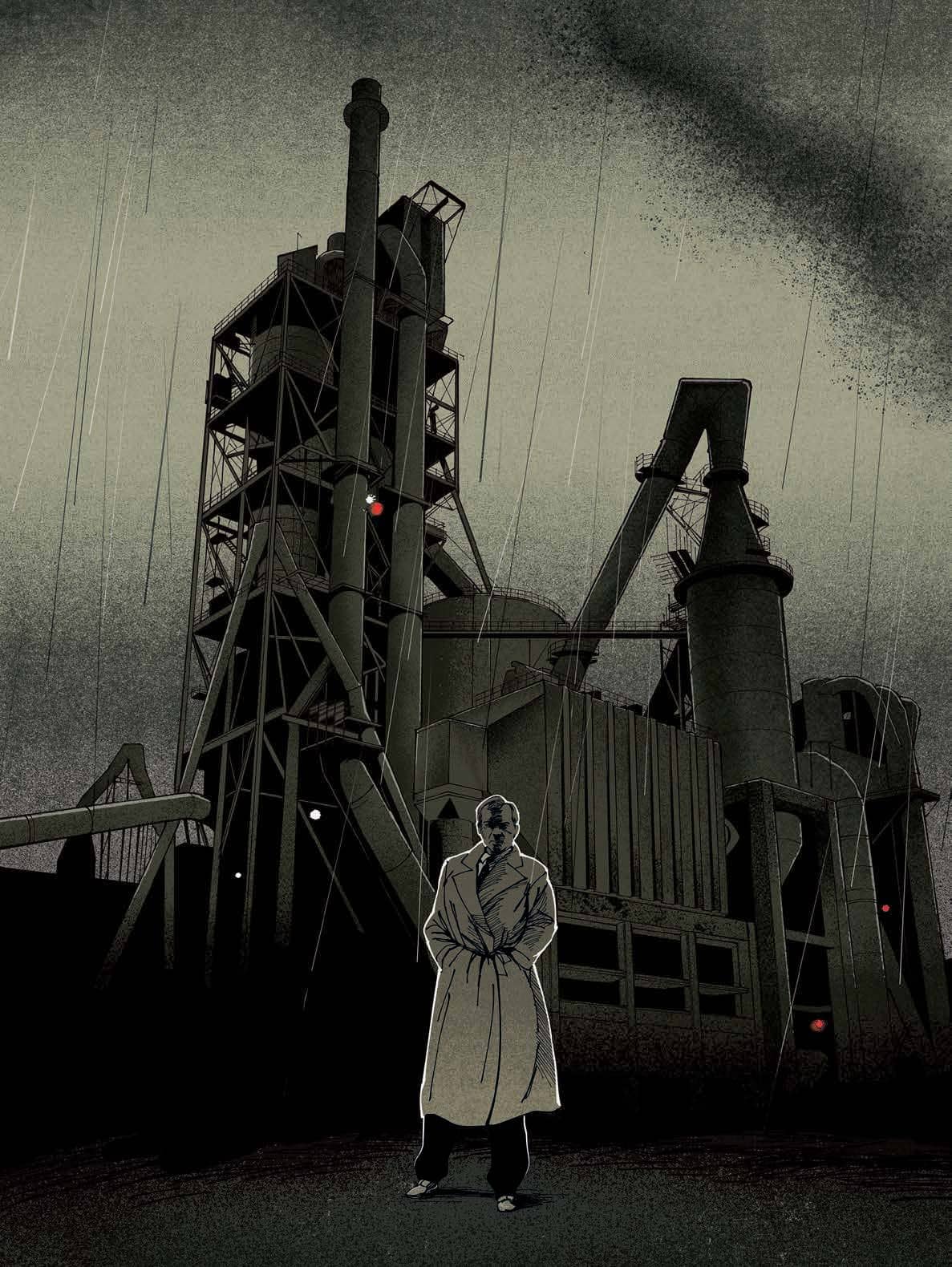 In the Irish borderlands, Sean Quinn was always known as a tough businessman. But he was hugely successful and created thousands of jobs. A local hero. And then it all went wrong

Kevin Lunney’s mind wandered as he drove up the country lane to his home in Kinawley, County Fermanagh, a few miles north of the invisible line where the United Kingdom ends and the Republic of Ireland begins. It was September 2019, an unusually bright afternoon. He reminded himself to mow the lawn. Perhaps it would be his last chance to do so before winter.

Before he reached the house, as he later told the BBC, Lunney noticed a white car parked up ahead, engine idling. The road was narrow, barely wide enough for a single vehicle, and enclosed on both sides by thick hedgerows. As Lunney slowed his SUV to a stop about 30 yards away, he felt his pulse quicken. Fermanagh is an insular place at the best of times, where unfamiliar cars attract suspicious glances. Lately, events at his employer had everyone on edge.

Lunney was a director at Quinn Industrial Holdings, an offshoot of a vast manufacturing and insurance conglomerate that had gone through an acrimonious breakup and wound up in the hands of hedge funds. Ever since, QIH had been the target of sabotage, arson, and death threats—the kind of activity not seen since the dark days of the Troubles.

Maybe they’re just lost, Lunney told himself, peering through his windshield at the white car. Suddenly the vehicle began reversing at high speed, leaping over the road’s rutted surface. He had no time to react before it smashed into the front of his truck. Two men wearing balaclavas got out. As Lunney fumbled for his cellphone, his side windows imploded. One of the men pulled him into the road and relieved him of his phone. A third masked man appeared and held a Stanley knife to his throat. “Get into that,” he said, gesturing to the trunk of a black Audi waiting nearby. “If you don’t get into that, we’re going to kill you.”

Twelve years earlier, Sean Quinn stood in the ballroom of the Slieve Russell Hotel and attempted a speech. It was March 7, 2007, a decade since his last public remarks, and he stumbled over his opening lines. “I had stuff wrote down to say, and I’m not sure where I am in all of that now,” he said, to laughter from the crowd, according to an account of the event in Citizen Quinn, a book about his rise and fall.

Quinn, then 60, warmed to the task as he described how he’d left school at 15 to work on the family farm in nearby Teemore, a mile from the Irish border. In those days he rode around on a tractor and captained the local Gaelic football team. In his 20s, Quinn said, he’d borrowed £100 to buy an excavator after discovering that the hill behind his home was filled with valuable sand, shale, and gravel. Before long he diversified into cement, then glass, then property, then insurance.

Such was Quinn’s impact on the landscape—replacing sheep pasture with smokestacks and gigantic machines for crushing rock—that the entire region from Enniskillen to Ballyconnell became popularly known as Quinn Country. “We come from a very simple background, and we tried to make business always simple,” he told the crowd gathered in the Slieve Russell’s banquet hall. “We never got a feasibility study done in our lives.”

Along the border, this was the stuff of folklore: the uneducated Catholic farm boy who’d used his wits and local knowledge to create thousands of jobs in an area better known for sectarian violence. When Quinn met his friends at the bar of the Slieve Russell, a luxury hotel he’d built on the site of a 4,000-year-old tomb, they were expected to buy a round or two.

But there was more to Quinn. He was also a ruthless businessman who took on Ireland’s biggest manufacturers and family-run gravel suppliers with equal zeal. He was a proud Irish republican who was happy nonetheless to take money from the hated British in the form of generous government grants for equipment and building roads. And he was lavishly rich: a humble son of the soil with a 10-seater Dassault Falcon private jet. In 2007, the year of his Slieve Russell speech, Forbes estimated his family fortune at $6 billion, making him the 164th-richest person in the world.

Lunney had joined the business in 1995 as an ambitious 26-year-old management consultant. He was hired to help run Quinn Insurance Ltd., which had grown from covering Quinn’s fleet of green cement trucks to become a car and home insurer in the U.K. Soft-spoken and shy, Lunney impressed Quinn with his work ethic and eye for detail. Like his boss he’d grown up on a borderland farm, the bookish one among 10 siblings, some of whom would also end up working for the area’s most successful businessman. When Quinn decided to move part of his family’s wealth offshore, into real estate in Russia and India, it was Lunney he sent to scout out opportunities.

Lunney was one of three locals who managed the boss’s empire. Quinn Group’s chief executive officer, Liam McCaffrey, hailed from Enniskillen. Its chief financial officer, Dara O’Reilly, was from a few miles away, in County Cavan. Quinn called the management team his “boys.” Within the company they were known as the “Holy Trinity,” according to the authors of Citizen Quinn.

“I was always very greedy,” Quinn said, winding up his speech at the Slieve Russell. “I was never happy with what we had.” That insatiable appetite would prove to be his downfall. Unknown to most of the audience, Quinn had secretly made a huge, personal bet on Anglo Irish Bank, right before the biggest banking crisis of the modern era.

The trade, using instruments called contracts for differences, meant Quinn didn’t have to buy shares or declare his position. He’d make money if the stock rose and owe money if it fell. When the 2008 crash hit, and Anglo shares started to plummet, Quinn doubled down, increasing the position, and taking hundreds of millions of euros out of his insurance company to cover the cost. Where others might have cut their losses, Quinn could see only the upside. The lower Anglo Irish shares went, the more he stood to make when they recovered.

They never did. The bank was nationalized in January 2009, leaving Quinn’s companies owing €2.4 billion ($3.1 billion) to the Irish state, plus an additional billion or so to various banks and bondholders. (After the crisis he’d appear in Forbes magazine again, this time under the headline “Sean Quinn: The Biggest Loser.”) When it became clear his companies couldn’t repay the loans, creditors pushed for a reorganization, but Quinn refused, insisting he deserved a second chance. 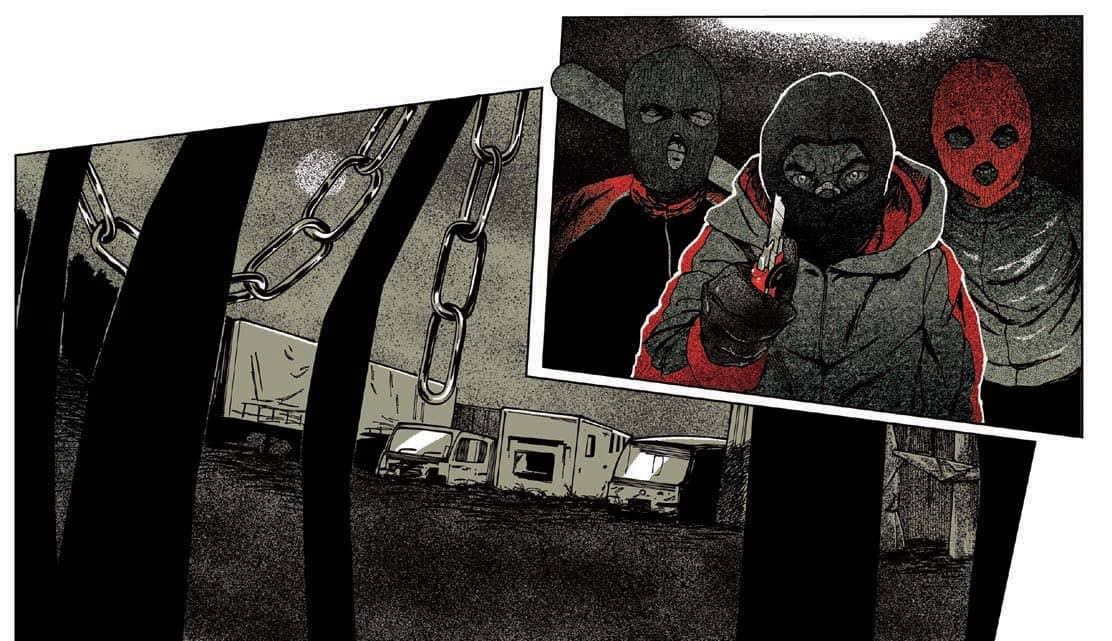 On April 14, 2011, he was summoned to Anglo Irish’s headquarters in Dublin for a 9:30 a.m. meeting. As he made his way toward the capital, a convoy of bankers, lawyers, and security personnel was headed in the opposite direction, toward Quinn’s headquarters in Derrylin.

Flanked by Lunney and O’Reilly, Quinn sat down across from a former government minister who’d recently been appointed a director of the nationalized bank. The official told Quinn that Anglo Irish had reached a deal with his creditors. They’d seized control of Quinn Group and its operations. A judge had already signed the necessary court order. “Why?” Quinn asked, after a moment of stunned silence. “We’re happy to pay all your money back.”

The seizure of the Quinn companies took a single day. Security teams swept the offices, and a locksmith changed the locks. Lunney and the other members of the Holy Trinity were fired, replaced by outside managers appointed by the creditors.

The staff seemed shocked rather than rebellious.

The first indication that Quinn’s supporters wouldn’t go quietly came a few days later. More than a hundred people turned up in Derrylin at 7 a.m. to deliver a letter of protest. In the excitement they forced their way past security guards and into the building. During that first week someone stole a large dump truck, crashed it into the front gates, and left it there, blocking the entrance. When the regular driver was asked to move it, he refused, saying, “I can’t. I’m going to be targeted.”

Meanwhile, Quinn was campaigning to be reinstated, using a tire factory owned by Tony Lunney, one of Kevin’s brothers, as his base of operations. Tony, who still worked at Quinn Group, was given the nickname “Tony Two-Phones” by the new management— they thought he had one handset for work and another for updating Sean Quinn. Tony Lunney denies this, via a QIH spokesman, saying his second phone was a BlackBerry for email.

The Quinn camp sent letters to politicians and church leaders, decrying the great man’s treatment, and websites sprang up with incendiary allegations about the new leaders. Meanwhile, minor acts of sabotage occurred on an almost weekly basis: There were cut power cables, blocked thoroughfares, and arson. It was impossible for the incoming management to know exactly who was behind the vandalism, beyond that it was being carried out by Quinn’s supporters. (Quinn denies any knowledge of or involvement in vandalism or any other criminal activity.) Despite everything that had happened— or perhaps because of it—he remained a revered figure in the area.