Tock to Go Brings Fine Dining To the Socially Distant 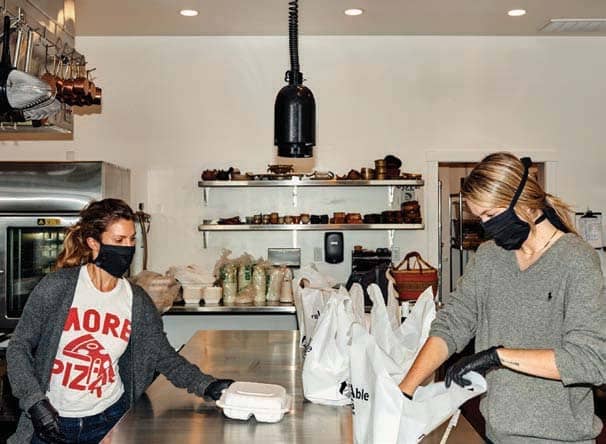 When social distancing orders shuttered restaurants around the world, the industry banded together to survive what it hoped would be a temporary crisis. A newly formed Independent Restaurant Coalition lobbied the government for bailout funds; restaurant workers suggested on social media that people buy gift certificates to local eateries, and 20 of New York City’s top restaurants asked officials to ban takeout orders to protect their employees’ health.

Nick Kokonas didn’t play along. The co-owner of the Alinea Group, five high-end restaurants in Chicago, took to Twitter to warn that gift certificates were akin to taking on debt without a revenue plan. He was bracing for a long shutdown, followed by an even longer period when restaurants would be filled to only half capacity. To survive, Kokonas advocated takeout. “Why not try this?” he says he thought. “The restaurant is sitting there. You have a bunch of people who are eager to work.” He persuaded Alinea’s chef and co-owner, Grant Achatz, to switch from offering a $250 prix fixe meal for 125 people a night to a $35 dinner to go. On most weekend evenings, Alinea now sells 1,250 dinners consisting of set items such as duck cassoulet, Osso Bucco, and braised short-rib Wellington, plus add-ons like wine and cookbooks, lifting the group’s flagship restaurant to about 75% of its previous revenue.