The World's Most Expensive Sibling Rivalry 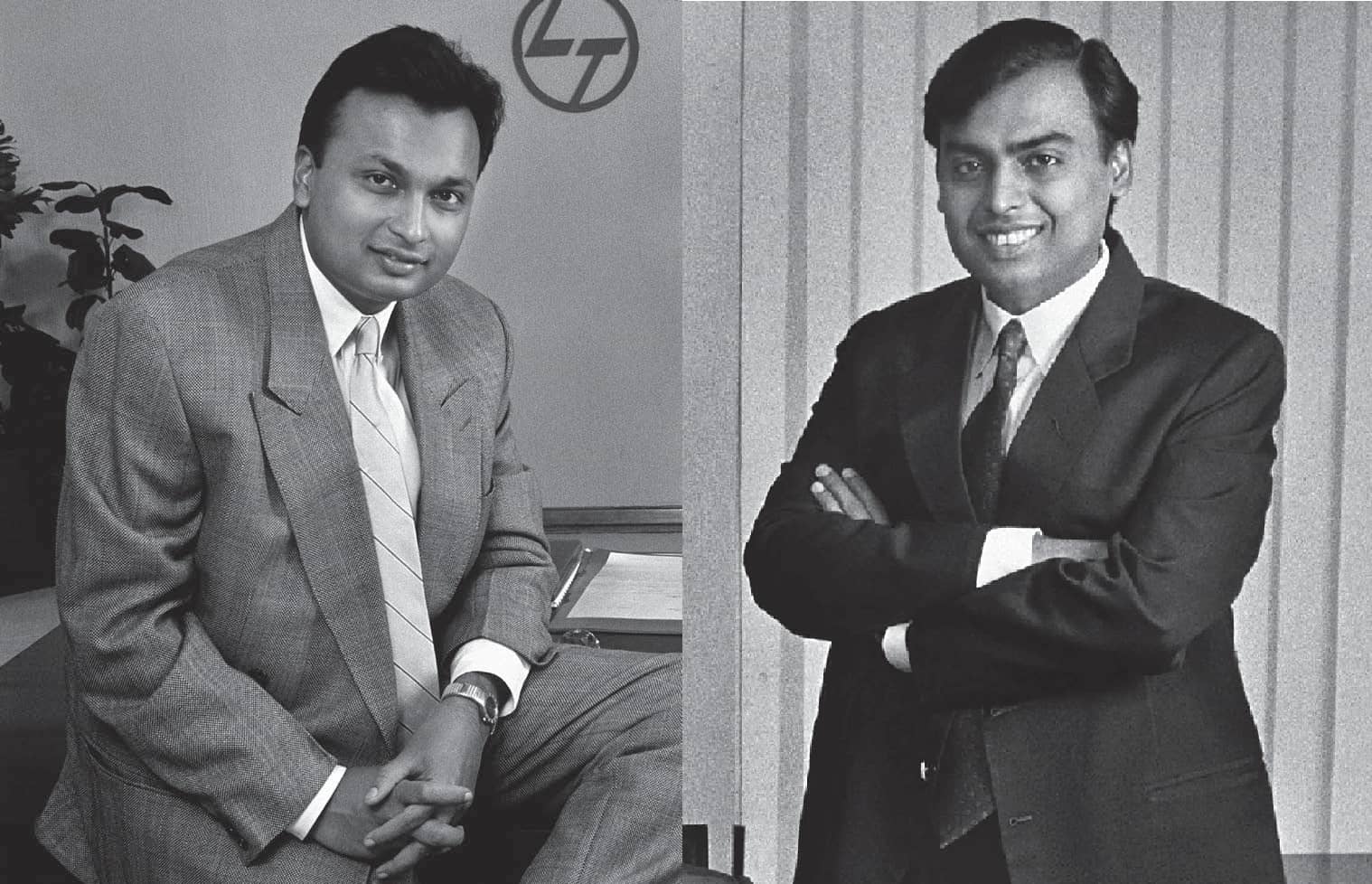 Being the brother of Mukesh Ambani, Asia’s richest man, is harder than you think

By Ari Altstedter and PR Sanjai

Even by the sky-high standards of Indian nuptials, the wedding of Akash Ambani and Shloka Mehta in March of last year was ambitious. The festivities began in the Swiss Alps, with inner-circle guests flown by private jet to St. Moritz, where the diversions included a winter carnival and a performance by Coldplay’s Chris Martin. Then it was back to Mumbai for three days of events, culminating in a grand reception that took over a brand-new convention center. It had been transformed for the occasion into a fantasia of undulating columns, fountains, and screens composed from vivid sheets of live flowers. In one spot, an ingeniously designed peacock sculpture fanned out its floral plumage for the amusement of passersby. The centerpiece was a giant statue of the Hindu god Krishna, made entirely of plants.

The cost was easily in the tens of millions of dollars, but for Akash’s father, Mukesh, it was pocket change. Mukesh is the chairman of Reliance Industries Ltd., which owns oil refineries, chemical plants, supermarkets, and India’s largest mobile network. With a personal net worth of about $53 billion, according to the Bloomberg Billionaires Index, Mukesh is the richest person in Asia and, apart from Prime Minister Narendra Modi, probably India’s most powerful citizen. The economic centrality of Reliance, which accounts for almost 10% of India’s total exports, is difficult to overstate. In American terms, it’s as though Dow Chemical, AT&T, Exxon Mobil, and Amazon were a single conglomerate. Even the coronavirus pandemic has barely slowed it down. While the collapse in oil prices battered Reliance stock, it’s recouped almost all the losses, thanks in part to a $5.7 billion deal to sell a stake in its digital arm to Facebook Inc.

As the wedding began, Mukesh’s brother, Anil Ambani, who’s also a prominent businessman, lingered near the entrance to greet guests. He performed his familial duties with aplomb, making sure everyone was suitably refreshed and properly oriented through the plant life and advising Akash on how to make a grand entrance.

The outward harmony, though, papered over a tense situation. At the time of the wedding, Anil was 10 days away from a court-imposed deadline to repay $80 million in debt, with failure potentially punishable by imprisonment— the most extreme example of a legal crackdown on large-scale borrowing by Indian businesspeople. For weeks he and Mukesh had been locked in negotiations over a bailout, mediated in part by their mother, who urged them to find a solution that would protect Anil and keep the Ambani name from being associated with financial ruin. But Mukesh wasn’t going to help his brother avoid debtor’s prison for nothing, and Anil had yet to offer collateral he was willing to accept.

The last-minute talks were the low point of a domestic breakdown that’s captivated the Indian business world. The Ambani brothers began their careers as intimate collaborators, with Anil once describing their approach as “two bodies, one mind.” But after the death of their father, Dhirubhai, who founded Reliance almost five decades ago, they grew increasingly estranged, first splitting his empire and then becoming direct competitors. Their sibling rivalry since then has become an object lesson in the promise and perils of India’s economy under Modi. Since the Hindu nationalist leader came to office in 2014, tycoons who can help deliver on his agenda of Indian self-sufficiency—above all, Mukesh—have seen their fortunes and influence swell, while others—Anil included—have found their margin for error drastically reduced. Neither Mukesh, Anil, nor their companies replied to repeated requests for comment on this story and its contents. Bloomberg News is currently defending against litigation brought by Anil in connection with previous reporting.

The negotiations between the brothers continued nearly to the deadline. Although the Ambani clan publicly characterized them as amicable, two people familiar with the talks, who asked to remain anonymous discussing a family matter, used a different descriptor. Mukesh, both said, made Anil “beg.”

The Ambanis’ story has the ring of an entrepreneurial fairy tale. A former gas station attendant from a remote town in the western state of Gujarat, Dhirubhai spotted a gap in the consumer market in the early 1970s: supplying nylon, polyester, and other synthetic materials, which were still novelties in India. He founded Reliance in 1973 as a trading house, then gradually turned it into a vertically integrated operation, first by manufacturing the fibers, then producing the chemical precursors they needed, then refining the oil used to make those, too. By the late 1980s the company was the dominant, and in some cases exclusive, domestic manufacturer of a range of key petrochemicals.

In the business world, Dhirubhai—his real name was Dhirajlal, but he was almost always called by the nickname, which incorporates the Hindi word for “brother”—was known as more than a skilled factory operator. Until the 1990s the biggest headache for India’s companies was the so-called License Raj, an ever-shifting system of import quotas, permit requirements, and price controls that governed most of the economy. Dhirubhai seemed always to be one step ahead of its strictures. According to Reliance veterans, he maintained an office building on the outskirts of Delhi, stuffed with retired bureaucrats assigned to keep tabs on their former colleagues. Among other tasks, they tracked the ages of senior officials’ children so they could be offered Reliance-funded scholarships to study abroad when they reached university age. During Diwali, the former employees said, Reliance would send mailroom assistants at important ministries boxes of candy, each with a small piece of gold or silver hidden inside—a common practice, but also a reminder to keep the company informed of what their superiors were working on.

Dhirubhai took a similarly deliberate approach to raising Mukesh and Anil, who were born in 1957 and 1959, respectively. On weekends, Anil has said, their father would lead them on “incentive-oriented outings”—for instance, a 10- kilometer hike through the rain, with a box of mangoes as a reward. Mukesh recounted that, to punish the boys for acting out while guests were visiting, Dhirubhai once confined them for “two days in the garage on water and roti.” There was never any doubt that both would join the family business, and by their mid-20s they’d assumed prominent roles: Mukesh as a hands-on manager of facilities, including Reliance’s first domestic polyester plant, and Anil as an executive dealing with government officials, investors, and the press.