The World's Cheapest Hospital Has To Get Even Cheaper 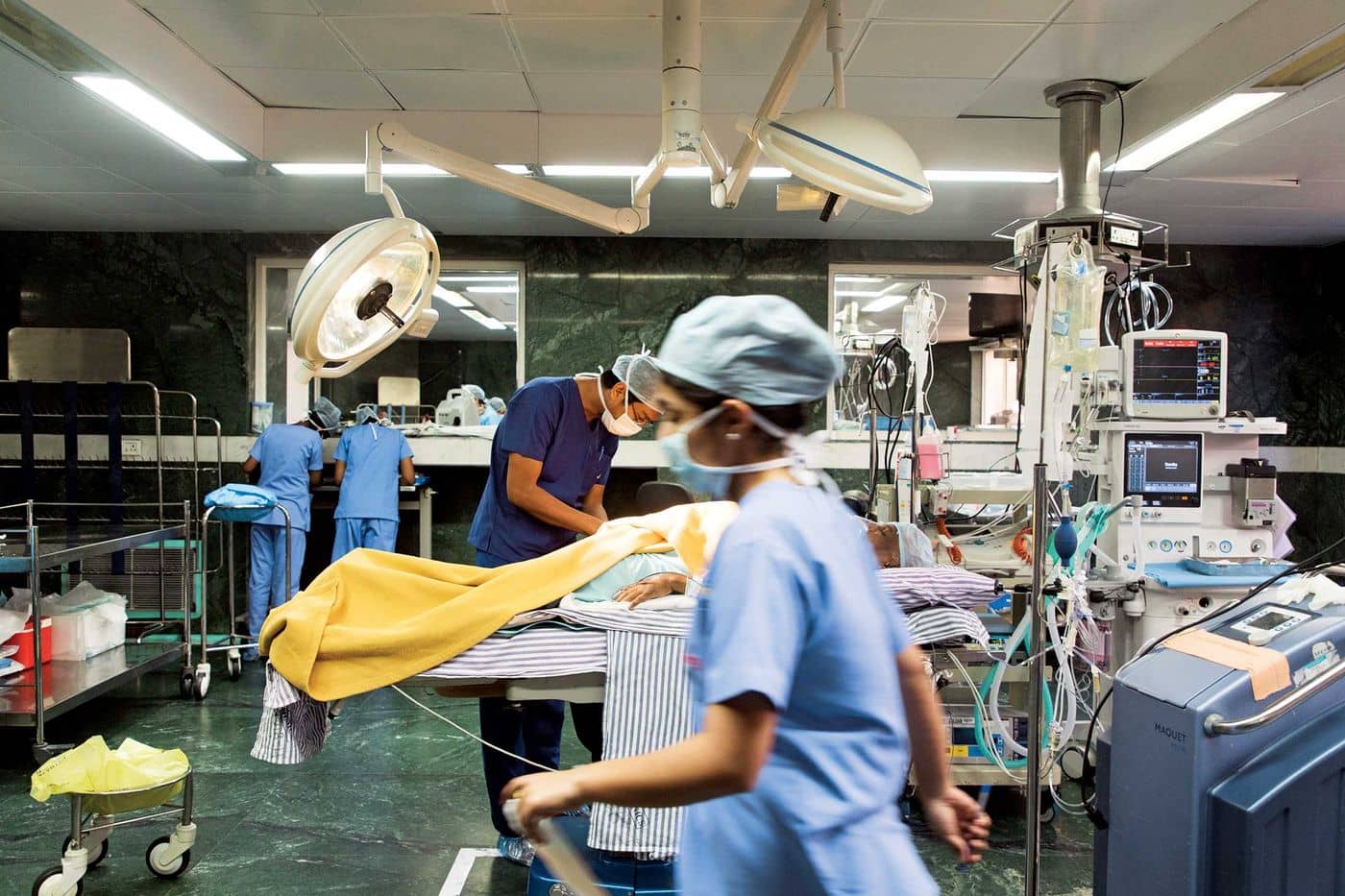 Cancer surgery for $700. A heart bypass for $2,000. Pretty good, but under India’s new health-care system, not good enough.

It was only after a junior surgeon opened the patient’s chest, splitting his sternum with a quick buzz from a handsaw and cranking a savage-looking retractor to pin open his rib cage, that the rare and lethal disease became visible.

A normal heart has the rough dimensions of an apple, but the beige and purple mass beating between the man’s ribs had inflated to the size of a cantaloupe—the result of clots in his pulmonary artery that were blocking the flow of blood to his lungs. With his own circulatory system effectively strangling him from the inside, his heart had swollen from the effort of keeping him alive. In the West, the condition would almost never be allowed to progress this far. But the patient, an outwardly healthy 31-year-old, lives in a remote city in western India, where doctors had no idea how sick he was. At such a late stage, the only way to save his life was this difficult and dangerous operation at Narayana Health City in Bangalore.

After the body was cooled to protect against brain damage while the patient’s heart was stopped, a nurse dimmed the overhead lights and the junior surgeon stood back, clearing space for Dr. Devi Shetty, wearing an LED headlamp and loose dark-blue scrubs, to get to work. Shetty, 65, is tall and lean, with large brown eyes and a high, prominent nose. After collecting himself for a moment, he began digging deep into the pulmonary artery with scissors and forceps to remove the clots one by one, keeping his arms pinned tightly to his sides to reduce unwanted motion. Soft and sticky, the masses kept breaking apart as Shetty tried to secure his hold on them. But slowly the clots emerged, some congealed into floppy circles the size of a quarter, others with tiny arms where they’d branched off into capillaries, like miniature squid. Shetty had almost no margin for error. Miss one, and the whole ordeal would be for nothing; move too aggressively, and a slip could puncture a lung. It took 90 minutes to get them all.

A pulmonary thromboendarterectomy, the surgery Shetty performed, can tie up an operating room for most of a day. In the U.S., the procedure can cost more than $200,000. Shetty did it for about $10,000 and turned a profit. A cardiac surgeon by training, Shetty is the founder and chairman of Narayana Health, a chain of 23 hospitals across India that may be the cheapest full-service health-care provider in the world. To American eyes, Narayana’s prices look as if they must be missing at least one zero, even as outcomes for patients meet or exceed international benchmarks. Surgery for head and neck cancers starts at $700. Endoscopy is $14; a lung transplant, $7,000. Even a heart transplant will set a patient back only about $11,000. Narayana is dirt cheap even by Indian standards, with the investment bank Jefferies estimating that it can profitably offer some major surgeries for as little as half what domestic rivals charge.

Narayana has made Shetty one of India’s best-known doctors and the proprietor of a lucrative business, with about $8 million in profit in 2017. But he now faces a problem that might be even more complex than heart surgery: how to make his hospitals cheaper still. The reason is Modicare, the national health insurance program that’s one of Prime Minister Narendra Modi’s signature initiatives. Under way since September, it’s perhaps the most ambitious public- health effort in history, intended to give basic coverage for the first time to 500 million of India’s poorest. At first it seemed no one was in a better position to gain from this flood of new patients than Shetty. But his enthusiasm gave way to anxiety last year after the government published its list of reimbursement rates, which are lower even than Narayana’s prices. Those rock- bottom payments mean that to thrive under Modicare, Narayana needs to find ways to cut costs further—and then keep cutting.

Shetty thinks he can do it and, in the process, create a model for ultralow-cost health care that can be applied anywhere. “We are trying to produce a pilot for the rest of the world to follow,” he said over a lunch of curries and fried fish after scrubbing out from the heart operation. He was still wearing his surgical cap. “In 10 years, India will become the first country in the world to dissociate health from affluence. India will prove that the wealth of the nation has nothing to do with the quality of health care its citizens can enjoy.”

It’s a noble vision, and Narayana is as well-positioned as any provider to help make it a reality. But it’s hard to overstate the scale of the challenge Shetty faces. For a surgery like the one he’d just performed, Modicare would provide only $1,300.

Shetty comes from a clan of prosperous restaurateurs, operators of a chain of eateries that served the coconut-heavy cuisine of Karnataka, on India’s west coast. When he was a child, his parents tried not to leave him alone with anything mechanical, because he would try to take it apart and put it back together again. Apart from art class, where Shetty was allowed to work with his hands, he was an indifferent student; he had to repeat the second grade. But his attitude to school changed drastically in 1967, when a teacher informed the class that a South African doctor had just performed the world’s first heart transplant. Shetty says he knew immediately that he wanted to one day do the same. “It is the pinnacle of what somebody can do with their fingers,” he recalls thinking. 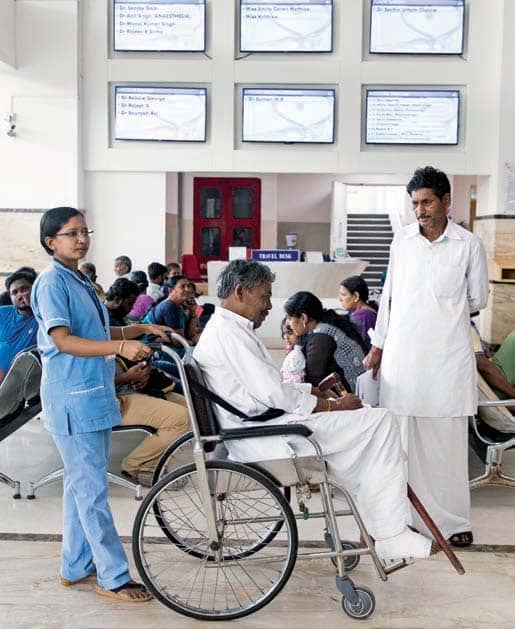