The Wild Economics of Plain Vanilla 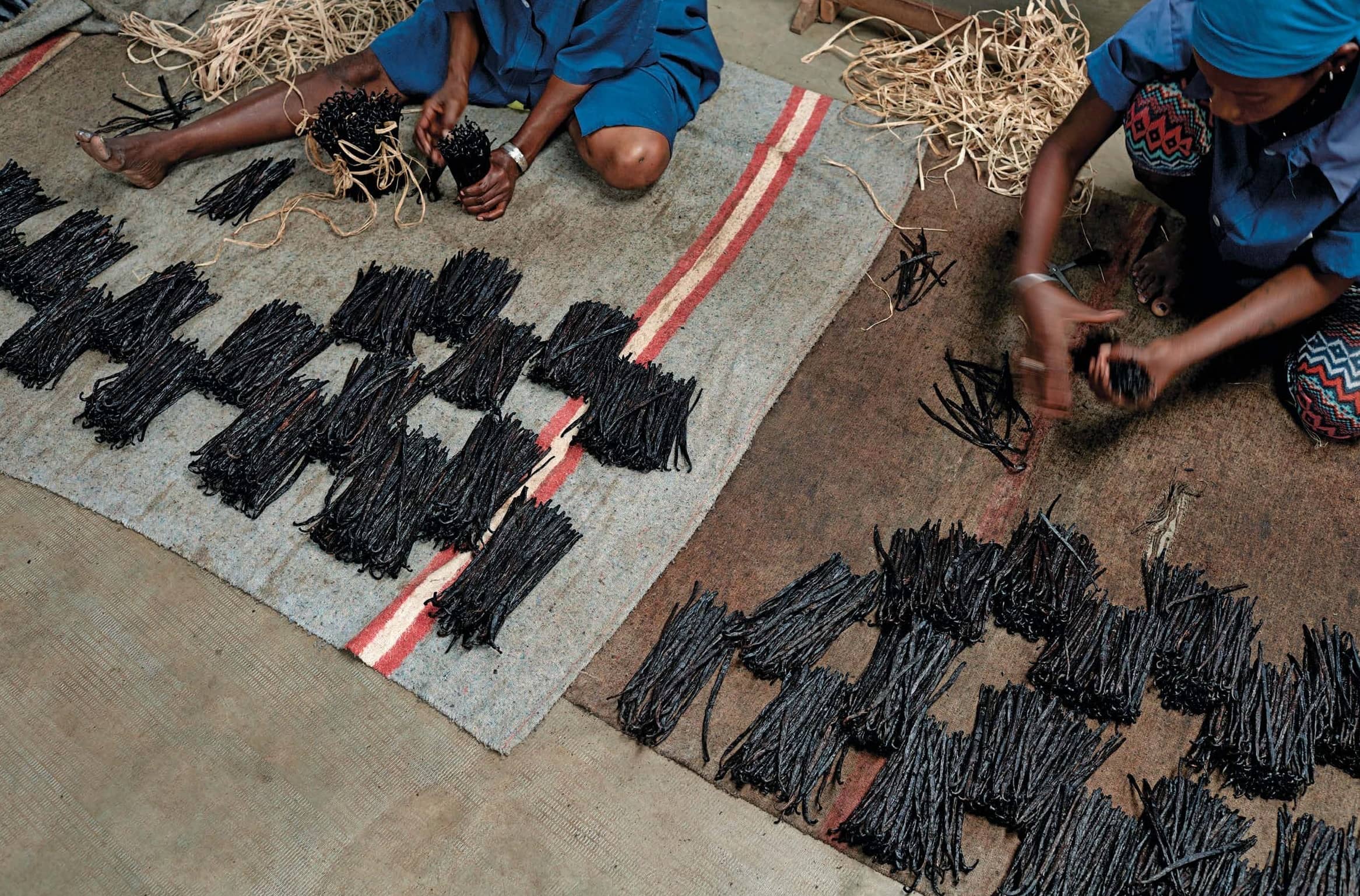 First, we needed a 4x4 of some sort, along with a driver willing to chance roads that are sometimes passable, sometimes not. The man we found struck us as the quietly skeptical sort, but after a few hundred rutted kilometers, any hesitations he’d been suppressing hardened into emphatic certainties. “The only people who drive on this road,” he told our photographer and me, via our translator, “are people who want to kill their cars.” Yet he gamely pushed ever deeper into Madagascar’s tropical north, until our mud road descended a hill and was swallowed by a wide river. It was the end of the line for the driver. He seemed relieved.

Somewhere on the other side of that water, dozens of farmers would soon converge upon a regional vanilla market in the village of Tanambao Betsivakiny. Growers would negotiate with buyers working on behalf of exporters and international flavoring companies, and together everyone would hash out a collective, per- kilogram price for the crop. Most buyers would pay cash on the spot, and the farmers would hand over several tons of green, freshly harvested vanilla beans.

Those humble beans, whose essence is associated with all that’s bland and unexciting, have somehow metamorphosed, butterfly-style, into the most flamboyantly mercurial commodity on the planet. In the past two decades, cured vanilla beans have been known to fetch almost $600 per kilogram one week, then $20 or so the next. Northeastern Madagascar is the world’s largest producer of natural vanilla, so every boom and every bust slams this region like a tropical storm. When prices peak, cash floods the villages. When prices fall, it drains away.

Madagascar was largely integrated into global trade centuries ago. The island is bigger than France, with cultural traditions that vary by region, unique biological treasures, and a developing tourism economy. The capital, Antananarivo, is full of laborers, lawyers, bureaucrats, bankers, artists, entrepreneurs, intellectuals—everything a 21st century city of 1.5 million needs. Yet Madagascar is also one of the poorest countries on the planet. You see and feel its disparities most sharply in its more remote pockets, including in the vanilla- growing region of the northeast. The extreme isolation of those communities, their dominance over the international supply, the dramatic changes they undergo during price swings—all of it has turned this part of the country into a semi-contained observation lab that exposes both the genius and the insanity of globalized commerce. Visiting one of the seasonal auctions where vanilla enters the global marketplace seems a logical first step to try to understand it all.

So we really needed to cross that river.

The water didn’t look too deep; we spotted people wading out toward the other side, carrying baskets on their heads. We took off our shoes, rolled up our pants, and stepped in. The riverbed was lined with fiendishly slippery, cannonball-size boulders. We plotted a slow, wobbly course to the other side. On the far bank, someone told us the market was still a two-hour trek away.

It was mostly uphill, naturally. When the spiraling dirt road plateaued, we found ourselves on the weedy edge of a village. A couple of young men with motorbikes accepted the equivalent of a couple of dollars for rides to shave a good half-hour off the trek.

If our arrival was accompanied by a whiff of self- congratulation, it dissipated as soon as we saw the farmers. Most had been walking far longer than we had, in flip-flops, with huge sacks of beans hanging from sticks balanced across their shoulders. Some of the bags weighed more than 40 kilograms. And for the farmers, this was the easy part. They’d spent months in the fields, closely monitoring their vines for any sign of a bloom. When they found a vanilla orchid in flower, they rushed to hand-pollinate it. Each flower’s fertilization period lasts only a few hours each season; if they missed that window, the plant wouldn’t produce beans. Then, as the beans matured on the vine, the farmers hand-stamped the pods with a personalized, Braillelike marking (the horticultural equivalent of a cattle brand), so thieves would have difficulty passing them off as their own if they tried to sell them. The farmers slept in the fields at night, machetes by their sides, guarding their plants through rain, heat, and the buzz of malarial mosquitoes. For many of them, an entire year’s income depended on this auction.

It would take place in a simple wood-slat structure about three times longer than the village’s typical single-family residence. For most of the year the building was the local schoolhouse. The furnishings consisted of a table, scattered chairs, and a rectangular chalkboard. Outside, hanging under the eaves, was a portable hook scale.

One at a time, the farmers entered the hut and emptied their bags of beans onto the floor. Government-authorized inspectors sifted through the beans, making sure they were all suitably large and ripe. They rebagged the beans and clipped the sacks to the scale outside, then logged the weight of each farmer’s harvest in a ledger.

In the dirt yard outside the hut, several dozen men stood in tight circles, watching the weigh-in. They were the buyers, or collectors, as they’re called here. Most had arrived that morning, using rafts to get their motorcycles across the river we’d forded.

The regional markets follow an established protocol, the men explained. After the weigh-ins, the farmers gather together and come up with a per-kilo asking price, then write that figure on the chalkboard. The collectors stare at the number for a while, then huddle up. They rub out the farmers’ price and scribble a counteroffer. This back-and-forth is repeated until the figures match. When that happens, the buyers divvy up the beans, collecting however many tons each has agreed to buy. The process can take a day or a week. If this one stretched into tomorrow, most of the farmers and collectors planned to search for a friendly villager with a little extra floor space where they might curl up and sleep.

The year before, at a market much like this, one collector had gone rogue, forgoing the chalkboard system and negotiating directly with a village chief behind closed doors. When news of the man’s attempt to sidestep the protocol spread to the other collectors, he was chased through the village, apprehended, and jailed.

This particular sale featured no spectacular foot chases or citizen’s arrests. But it had plenty of unexpected intrigue and deception. The business is cruel, humane, comic, tragic, ingenious, and flat-out insane, often at the same time. As we struggled to untangle the drama playing out, we began to suspect that our original goal—to try to understand the vanilla trade—should be secondary. It seemed more important to simply observe this whole business in a particular way: with a sustained appreciation for how incredibly wild global trade, at its most elemental level, actually is.

Vanilla, in its essence, is an adventure story. 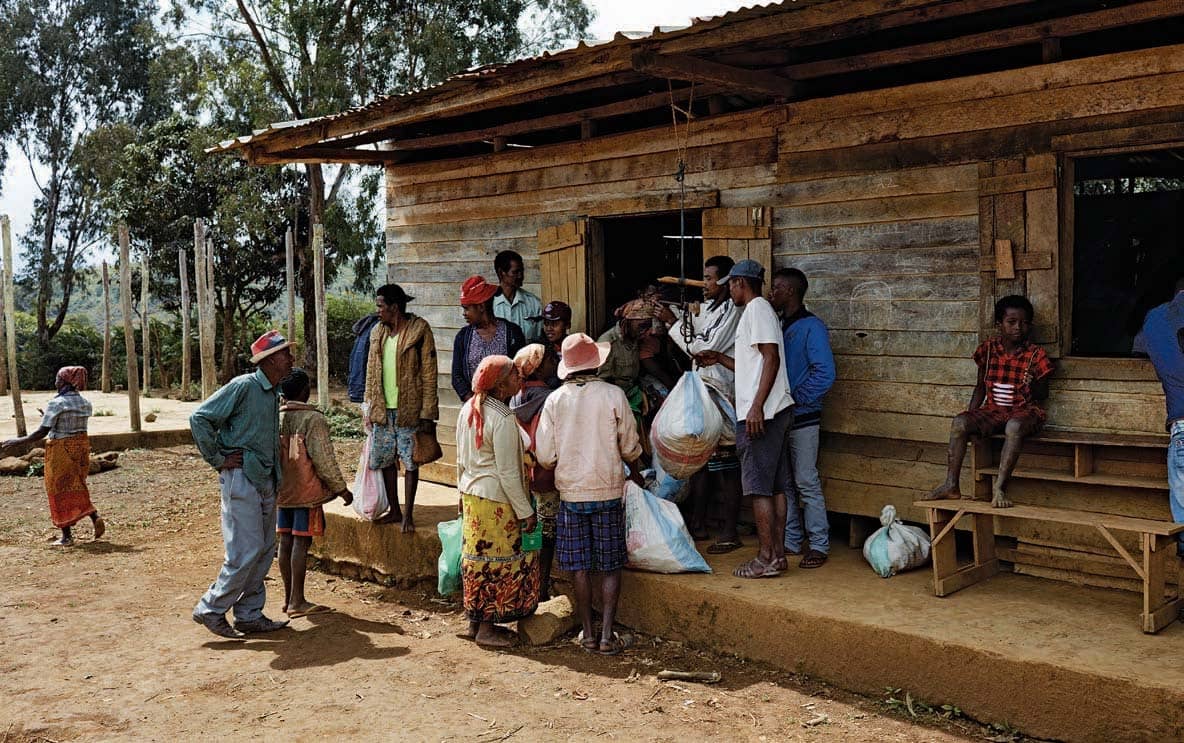 Vanilla orchids are native to Mexico, and for a few hundred years after the Spaniards first brought the flowers back to Europe, no one could get the beans to grow anywhere else. In 1836 a Belgian horticulturalist figured out why: They emerge from the flower only after it’s pollinated by one of two rare species of bees native to Mesoamerica. Five years after that discovery, a young slave named Edmond Albius from the Indian Ocean island of Réunion (then called Bourbon) realized he could hand-pollinate the orchids by carefully manipulating the male and female parts of the plant. His ingenuity transformed vanilla into a cultivatable crop, and small plantations began popping up all over the world. The orchids seemed to grow especially well in Madagascar, 500 miles due west of Réunion.

For the next 150 years, vanilla played it straight, drawing little attention to itself. By the 1980s, Madagascar was producing about 30% of the world’s supply. Government controls kept prices tethered pretty tightly, to around $50 or $60 per kilo for cured beans. “You had some fluctuations, maybe $10 up or down, but it was pretty stable,” says Craig Nielsen, co-owner of Nielsen-Massey Vanillas Inc., a flavor company based in Illinois and the Netherlands that’s dealt in the beans since 1907. “Then, under pressure from the World Bank, which they owed a lot of money to, Madagascar was forced to abandon those price controls in the mid-1990s.”

That’s when vanilla started to shed its inhibitions. Prices dipped for a year or two. Then, in 2000, a powerful cyclone flattened the northeastern part of the country. It takes three years for a newly planted orchid to produce beans, so harvests waned for the next few years, causing prices to spike, then collapse. International buyers reported that local exporters were asking about $600 a kilo for cured vanilla on a Monday and roughly $20 by that Friday. Warehouses were stuck with beans they couldn’t sell for anything close to what they’d paid for them, and a couple of the biggest, most well-established vanilla dealers in the country went out of business. 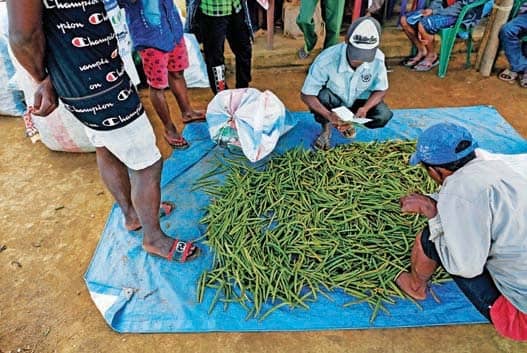