The Venerable Game Maker Crafts Yet Another Comeback 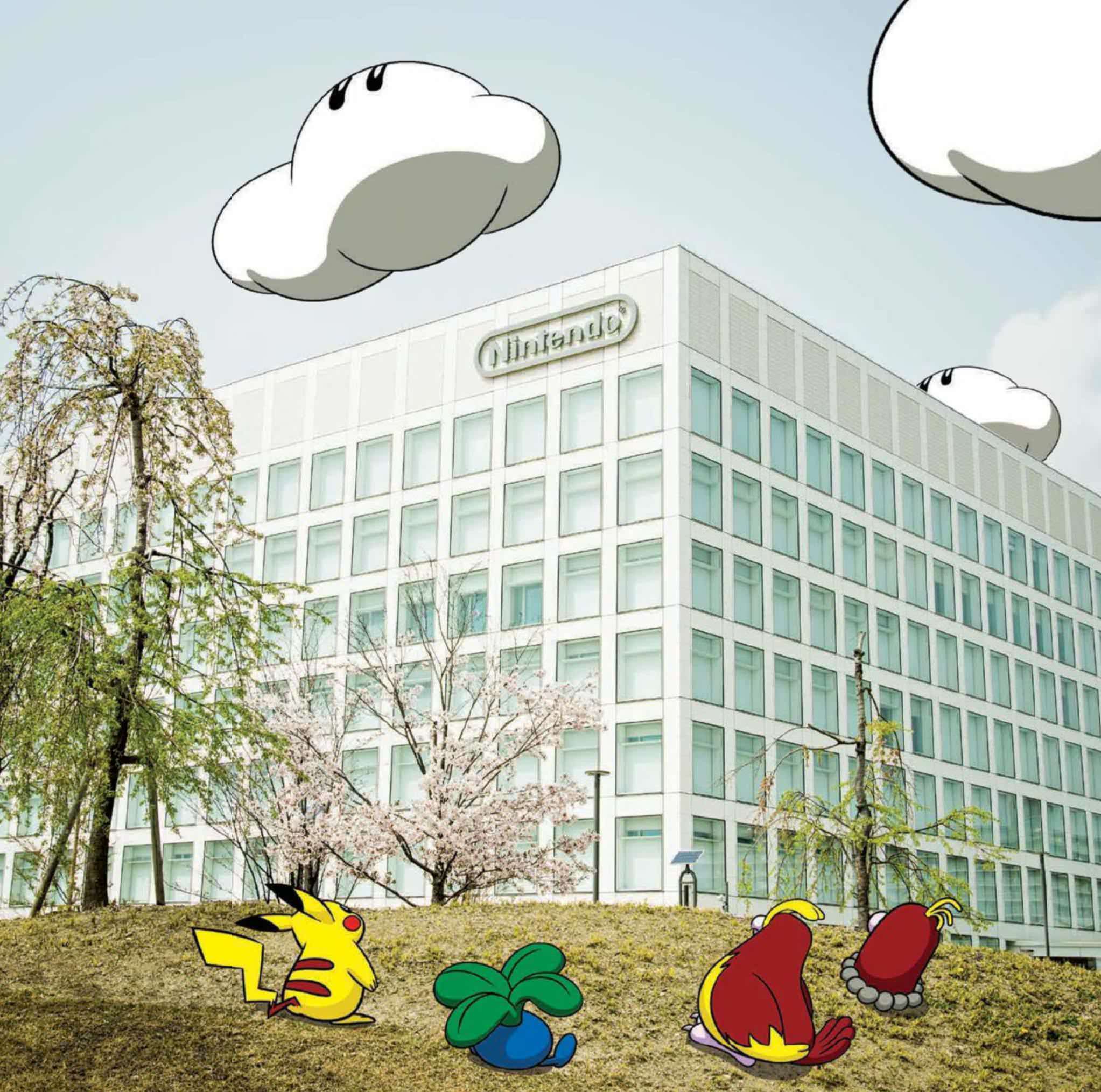 Once again, the 130-year-old Japanese gaming giant has turned reports of its demise into Nintendo Mania

For anyone who’s ever marveled at Nintendo’s vivid, hantasmagoric, zoologically ornate video games, visting the company’s understated home in Kyoto, Japan, can be disorienting at first. That such an outpouring of kaleidoscopic products comes from a place so devoid of color can be momentarily hard to fathom. The head quarters are housed in a stark white cubical building surrounded on the perimeter by a sturdy white wall. The lobby is minimally decorated. The sidewalls are sheathed in cool white marble. No Donkey Kong posters. No Mario cutouts. No Pikachu plush toys. The rare sprinkling of color comes from a series of small, framed art pieces: a serene procession of birds and flowers. One Tuesday morning in April, the place gave off the reflective vibe of a monastery or, perhaps, a mental asylum.

On the top floor of the building, Tatsumi Kimishima, Nintendo Co.’s president, took a seat in a wood-paneled conference room, next to a translator. A crescent of handlers settled into chairs nearby while a server brought out cups of hot green tea. She padded quietly about the room, making sure not to obstruct anyone’s line of sight to the president, shuffling sideways here, dipping there, like a spy limboing past a laser-triggered alarm system. Not a drop was spilled.

As the tea was served, Kimishima eased into a laconic summary of Nintendo’s affairs. The past year and a half had been eventful, with the company vaulting back from the brink of irrelevance to reclaim its position atop the global video game industry. Kimishima summed up the triumphant drama with monkish self-restraint: “Certainly, we have been pleased.”

In March 2017, the company released the Nintendo Switch. People were skeptical that the console, which can be used as a portable gaming device or docked to a television set, would succeed. It had been more than a decade since Nintendo’s last hardware megahit, the Wii, and the world of home entertainment had destabilized. Smartphones, some analysts maintained, were the future of video games— not sleek, meticulously crafted $299.99 devices with curious motion-sensitive, detachable controllers.

But from the start, gamers loved the Switch’s originality, versatility, and design. This April, Nintendo announced that during the previous fiscal year it had sold more than 15 million units and more than 63 million games. A strong lineup of reimagined classics had helped drive the frenzy. The Legend of Zelda: Breath of the Wild had sold more than 8 million copies and been named Game of the Year by the Academy of Interactive Arts & Sciences. New iterations of the Mario Kart, Super Mario, and Splatoon franchises had performed similarly well. Nintendo’s revenue had more than doubled from the previous year, to $9.5 billion, and its share price had shot up 81 percent.

With the company once again bear-hugging youthful brainstems around the world, marketers of kid products are rushing to license its characters and start joint ventures. Nintendo is working with Illumination Entertainment, the studio behind Minions and Despicable Me, to develop a feature-length Mario movie. And it’s teaming up with Universal Studios to create theme-park attractions based on Nintendo characters, the first of which will open in Osaka in time for the 2020 Tokyo Olympics.

In September, the company will start an online service for Switch users, and some feverishly anticipated games are in the works. Investor skepticism that they’ll truly be hits has lately caused shares to dip, but Nintendo projects it will sell upwards of 20 million more Switches and 100 million more games by next April. “We think of the second year and beyond as being especially important,” Kimishima said. “We have to start thinking about how to plan our game releases in order to attract the interest of our audiences worldwide.” In a few months, he would be strategizing at a remove, mentoring a younger apprentice who would take over as president.

As Kimishima spoke, sunlight flooded the conference room. It was a warm spring day in Kyoto. The cherry trees were in full bloom. The subways were clotted with tourists. Elsewhere in Japan, the firefly squid were returning to Toyama Bay. Police in Miyagi prefecture were investigating what had happened to a black-headed gull found wandering around, alive, with a small arrow mysteriously lodged in its skull, as though escaped from a Nintendo game.

Kimishima took a sip of tea. Next year, Nintendo will turn 130 years old. Once again, the outside world is wondering how a company periodically left for dead keeps revitalizing itself. But seesawing is nothing new for Nintendo. It has long alternated between fallow periods,

in which the media churns out reports of pending doom, and boom times, during which Nintendo Mania is cast as an unstoppable force. What remains constant is the company’s understated and zealously guarded culture—the system at the root of its unusual ability to recalibrate, with some regularity, to humanity’s ever-evolving sense of play.

Most of Nintendo’s hardware and game builders work alongside one another at its research and development headquarters in Kyoto, a few blocks from its main office. The R&D building is white and minimalist, too. The company is protective of the game makers who labor there, keeping them well out of visitors’ sight. A request to see the cafeteria was politely declined on the grounds that developers might be there, eating. But hints of Nintendo’s creative class were in evidence here and there around the campus. A neon poster beckoned passers-by to attend a concert by the Wind Wakers, a symphony orchestra made up of Nintendo employees. Several times a year they give live performances drawn from the Wagnerian amounts of game melodies written by the company’s composers. The selections vary depending on the season.