The U.S. Postal Service Has Never Been More Important — or More Endangered 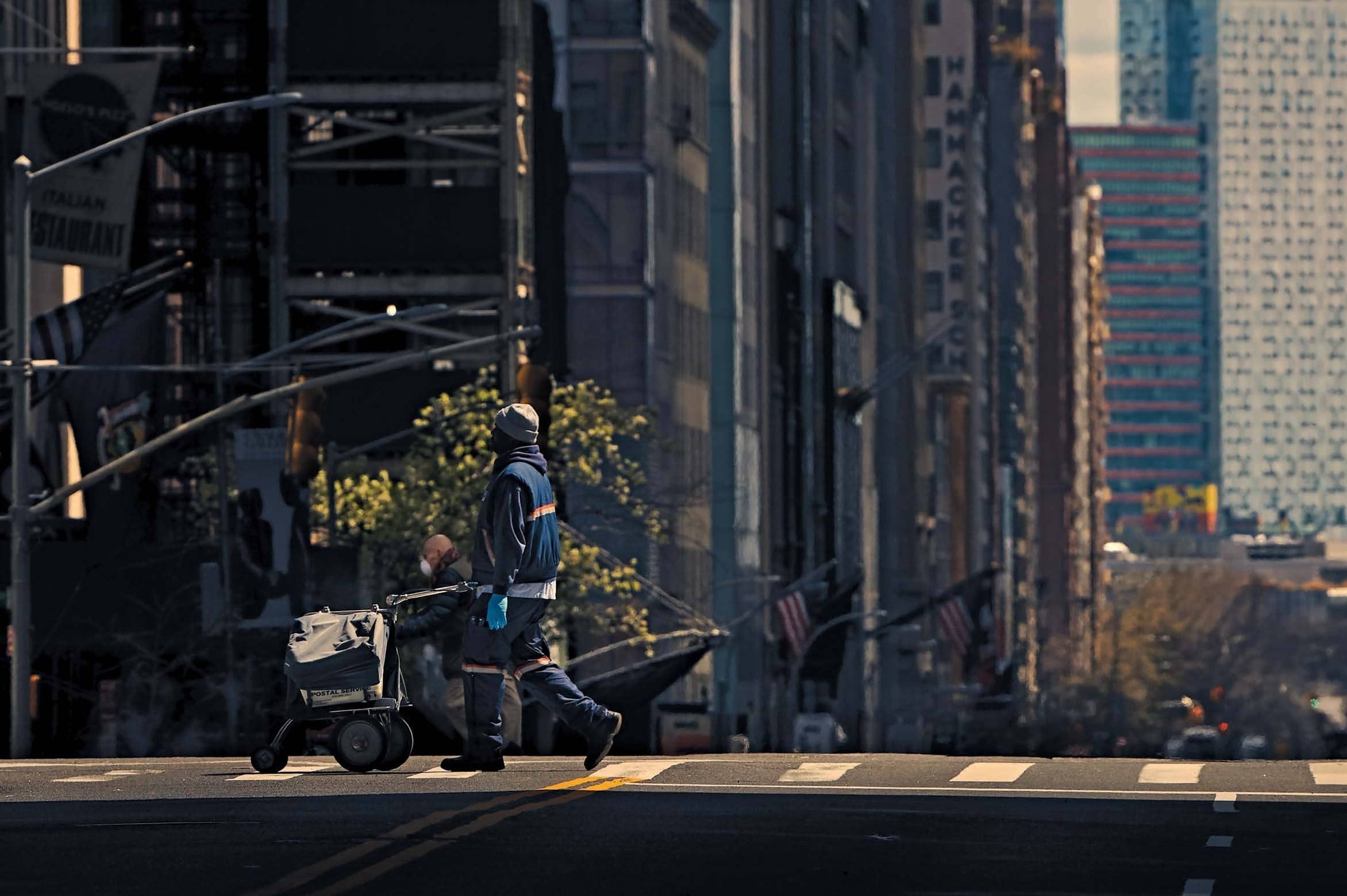 The nation’s first essential service is experiencing a surge of appreciation. What it needs, however, is more business and more government support

Jonathan Smith, president of the American Postal Workers Union’s New York Metro chapter, favors social media for communicating with his 5,000 members, who toil in post offices and sorting centers in the Bronx, Manhattan, and New Jersey. If you’d gone to the chapter’s Facebook page a year ago, you’d have found Smith in videos prodding them, often with gruff geniality, to attend the union’s rallies, sign up for its annual summer shindig, or be more appreciative of his efforts as their leader.

Early in the coronavirus crisis, the videos focused on reminding everyone to practice social distancing and wash their hands. By mid-March, Smith, who’s 51 and heavyset, with long dreadlocks, had become more impassioned, sometimes banging the table with both hands to underscore the urgency of his points. Some postal workers had tested positive. Several had died. Those still on the job were clamoring for protective gear, Smith railed, and the U.S. Postal Service wasn’t providing it.

As if things weren’t bad enough at the USPS already. The woes of the 245-year-old service are familiar. Mail volume has collapsed. Financial trouble is relentless. The U.S. president takes potshots. In October, Megan Brennan, the 74th postmaster general and the first woman to hold the title, announced her retirement, having failed to halt the slide into insolvency. She’s still in the job, though, because the service can’t seem to find anyone else with her qualifications to do it.

At the same time, the crisis has brought moments of pride and hope. Throughout the country, as governments have asked or ordered their citizens to stay home, Americans have been reminded of the role the USPS plays in their life: It’s perhaps the nation’s oldest essential service. “Letter carriers are getting thank-you notes in their mailboxes,” says Mike Hayden, president of Branch 100 of the National Association of Letter Carriers in northwestern Ohio. “Kids are writing thankyous in chalk on the sidewalk.”

The bitter irony is that just when the Postal Service is again proving crucial, its future has never seemed more tenuous. Even with a rise in package deliveries, the economic downturn is devastating the USPS. In a letter on March 24 to Senate Majority Leader Mitch McConnell, House members Carolyn Maloney (D-N.Y.) and Gerry Connolly (D-Va.) said the USPS might run out of cash by June and urged him to include $25 billion in aid in the congressional stimulus bill that ultimately provided $2.2 trillion in relief. “We are barreling toward a catastrophic collapse if we don’t take action,” Connolly says.

The White House would agree only to permit the USPS to borrow an additional $10 billion from the U.S. Department of the Treasury to cover its Covid-19-related shortfall. That was at the direct order of President Trump, according to a senior administration official. Trump and the USPS have had a fraught relationship. In 2017, and again on April 7, he questioned the intelligence of its senior officials, saying it loses money on its contract to deliver packages for Amazon.com Inc., whose chief executive officer, JeffBezos, is not coincidentally owner of the Washington Post, which has frequently broken stories that are unflattering to the administration. The USPS says it makes money from the Amazon deal.

Robert Duncan, chairman of the Postal Service Board of Governors and a Trump appointee, called the $10 billion loan “a nice start” but cautioned that it wouldn’t be enough to stave off “a liquidity crisis” at the agency. The Postal Service recently told Congress that because of the virus, it sees mail volume falling by 50% in the third quarter of the fiscal year that ends in September and 57% in the fourth.