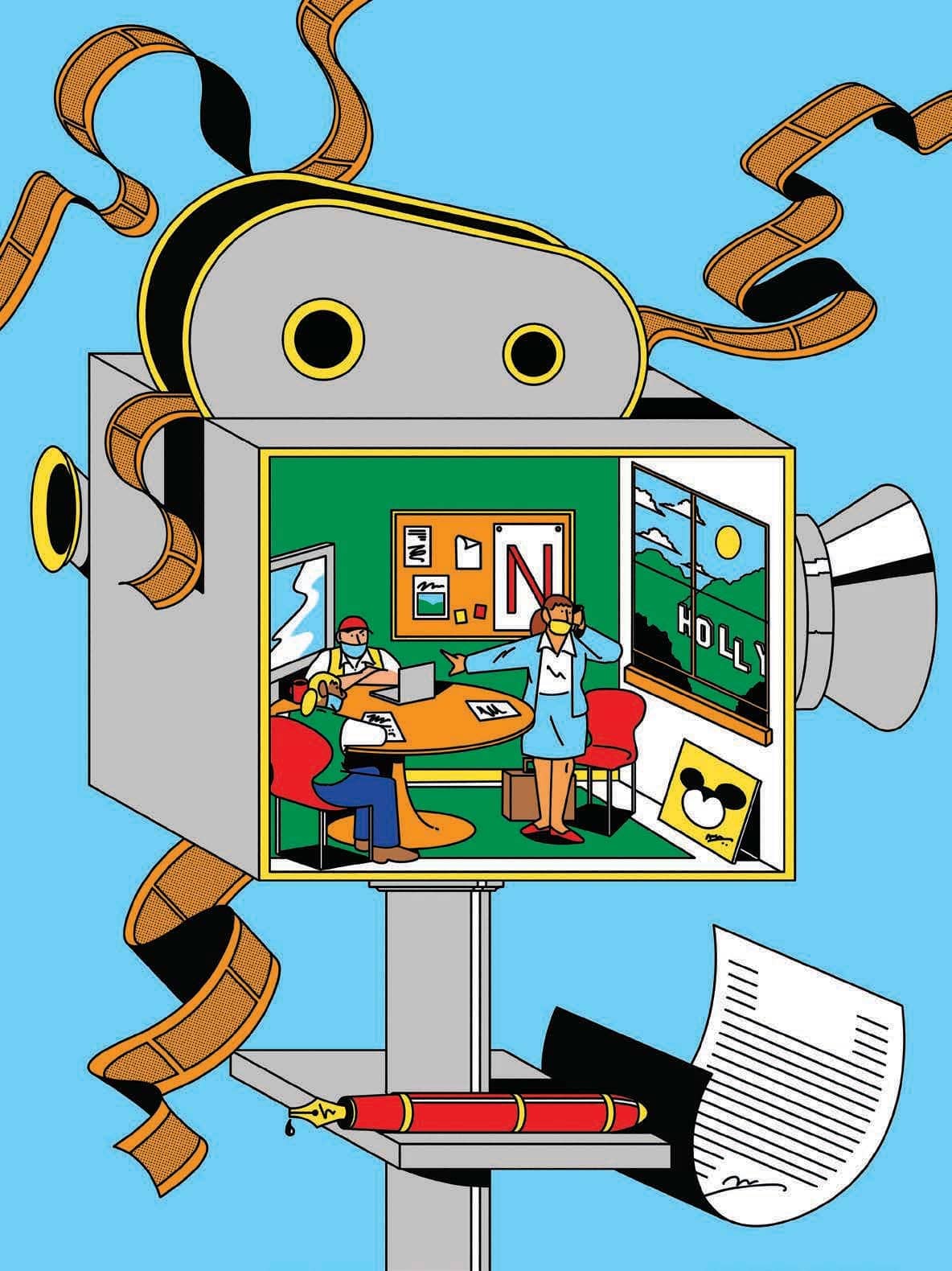 Stuck at home during the Covid-19 pandemic, Americans have been streaming movies and TV with abandon. They’ve plowed through Tiger King and the much-acclaimed production of the musical Hamilton. Millions have even made time for game shows as lowbrow as Floor Is Lava (pretty much what it sounds like), which turned into a hit for Netflix Inc. At the peak in late March and early April, people in the U.S. were devouring in excess of 160 billion minutes of streaming video per week—the equivalent of about eight hours per person, or twice what they watched a year prior, when a trip to the cineplex didn’t run much risk of contracting a deadly virus.

Against this backdrop, Blackstone Group Inc. decided to buy a 49% stake in three Hollywood studio lots. Hard times have always been a boon for escapist entertainment, but the Blackstone deal, which the company said was completed on Aug. 3 and valued the properties at $1.65 billion, was a long-term bet on streaming. Even after the pandemic, companies such as Amazon.com Inc., Netflix, and Walt Disney Co. will need stages to feed the world’s bottomless appetite for video.

Blackstone and its partner, Hudson Pacific Properties Inc., are betting they can buy up more of the space in such key entertainment hubs as London, New York, and Vancouver in the coming years. “This is as strong a trend, as far as demand growth, as anything we see in the real estate business,” says Nadeem Meghji, the head of real estate for the Americas at Blackstone. “If you look at the data, we’ve seen an almost doubling of total content spend globally over the last three years.”

Commercial real estate investors have been puzzling over where to invest during the pandemic. Hotels and retail space look dicey as the virus curtails travel and trips to the mall. The future of offices is cloudy, too, as people telecommute from home. Even apartments, which have long been viewed as recession-resistant, look like they’re due for a couple of bad years with so many unemployed. That’s left elephant- hunting real estate investors such as Blackstone with a narrower set of options. Owning studios is “pretty niche,” says Danny Ismail, a senior analyst at Green Street Advisors. But “it checks many boxes that your average real estate investor would find very appealing.”