The Sticky Politics Of Cheap Oil 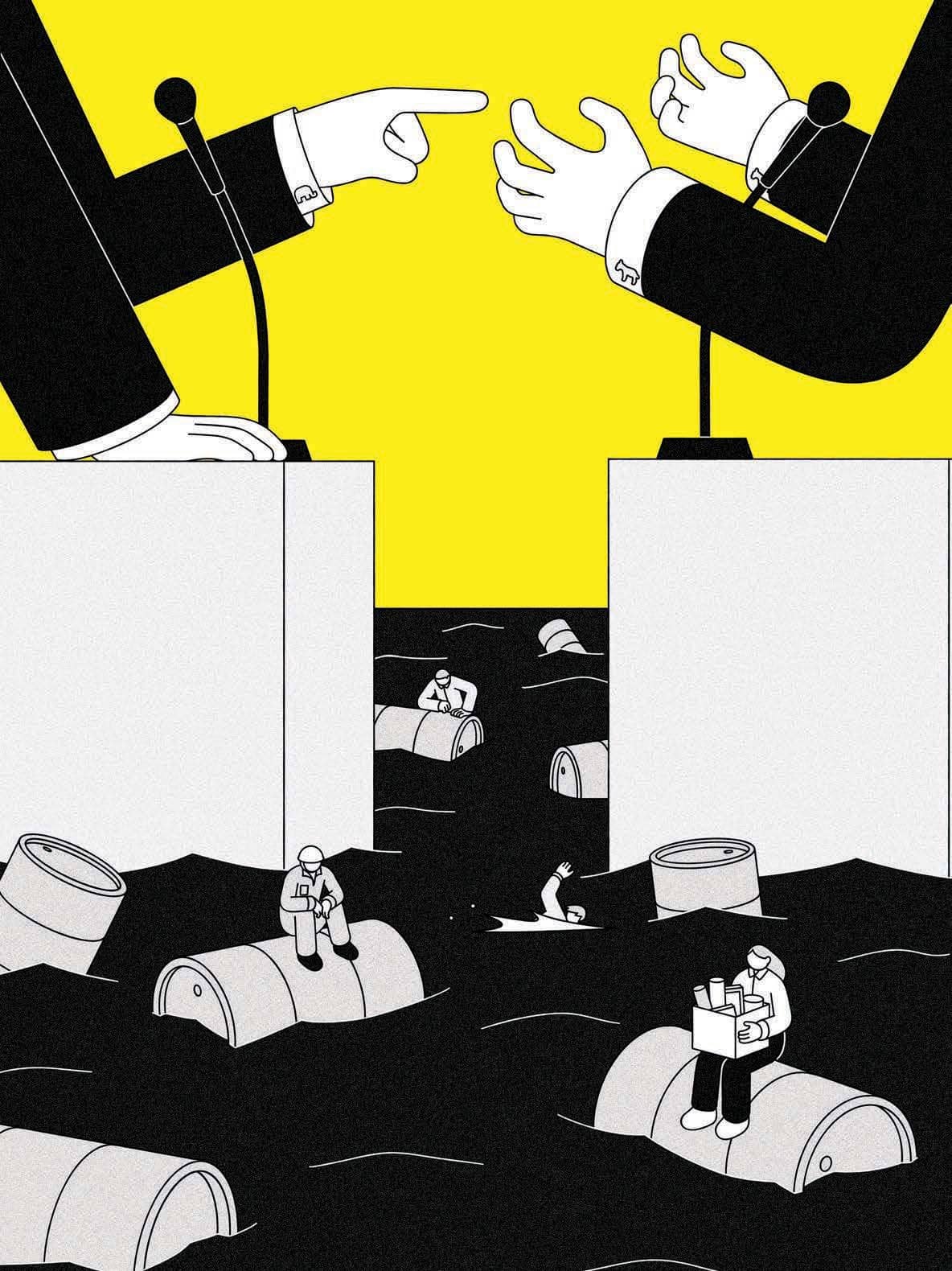 Gasoline prices of less than $2 a gallon ought to be good news for a U.S. president with an eye on reelection: It’s a truism that American voters are hypersensitive to the price of gas and factor it into their decisions in the voting booth. But with the U.S. now the world’s top energy producer, rock-bottom oil prices are inflicting major economic damage and pose a problem for Donald Trump.

Falling prices caused by shutdowns related to Covid-19—and Saudi Arabia and Russia flooding the market in a price war—have led drillers to close down half of all U.S. oil rigs. The U.S. oil and gas industry lost 51,000 drilling and refining positions in March alone, according to BW Research Partnership, a consulting firm.

The industry’s woes will exacerbate the nation’s wider economic misery and stand to influence the outcome of the presidential race. In the runup to November, the twin shocks of Covid-19 and the oil price collapse are jeopardizing Trump’s standing in Republican Texas, the second-biggest prize on the electoral map. Yet the same energy dynamics dragging down the economy in Texas could give Trump a boost in Pennsylvania—a critical swing state he barely won in 2016—because decreased oil production potentially means higher prices and more jobs for the state’s fracking-fueled natural gas industry.

Texas, the epicenter of America’s oil and gas industry, has borne the brunt of the price crash. Because of the coronavirus crisis and the oil bust, the state “is suffering a double black-swan event,” says Mark Zandi, chief economist for Moody’s Analytics, using a term that describes rare occurrences with extreme detrimental impact.

In February, Texas ranked 30th in the country with its unemployment rate of 3.5%; by March, it was up to 15th at a rate of 4.7%. April numbers will likely send it higher.

Last month was among the most brutal in years for oilfield job cuts. Frack workers have been losing jobs the fastest in the Permian Basin of West Texas, the world’s largest shale oil field. But the pain has reached office workers, too. Halliburton Co. said on May 6 it was laying off roughly 1,000 employees from its Houston headquarters.

In a recent survey of energy workers (mostly in office jobs) conducted by the University of Houston, fewer than half were optimistic about the industry’s long-term outlook. An additional 38% said they weren’t optimistic at all. That surprised Christiane Spitzmueller, a professor of industrial-organizational psychology at the university who’s been studying the oil workforce for years. “That’s pretty shattering if they don’t see a very optimistic future,” she says. “Generally, the people who’ve been in this industry are big fans of the industry and pretty firmly believe in the contributions the industry makes for society as a whole.”