The Specter of Hunger in Nigeria 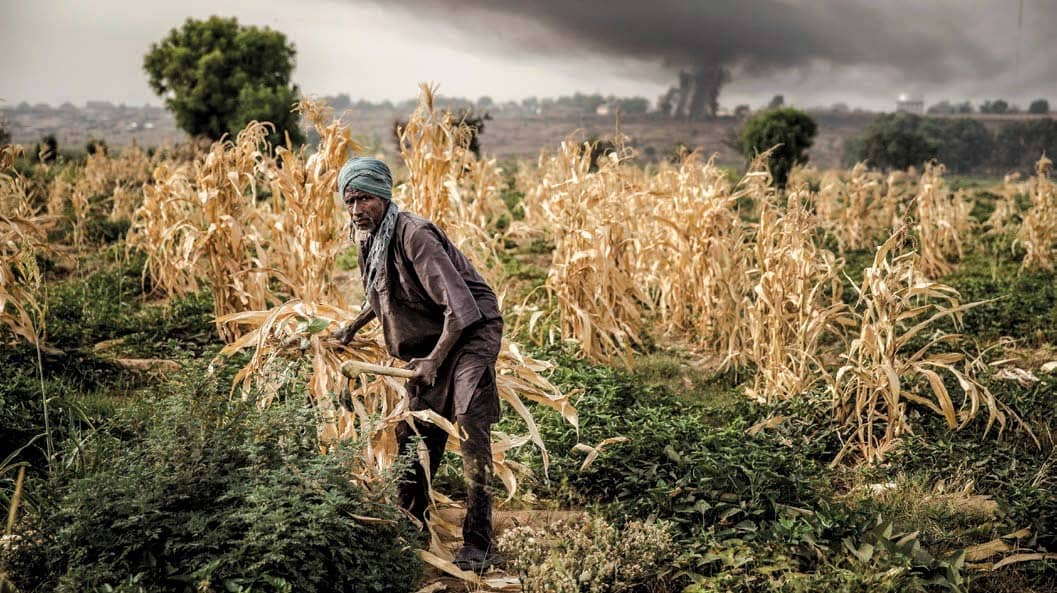 Just before the start of crop planting in May, Abdullahi Hassan Wagini visited a neighbor’s farm in northern Nigeria to confer on how to prepare the fields. As the two men were chatting, bandits opened fire on them. Wagini managed to flee, while his friend stayed behind to protect his cattle. He was found dead in a pool of blood, his cows gone.

Such killings have become more prevalent in a country where working the land is often a dangerous occupation. On top of longstanding religious and ethnic tensions, the last few years have seen a spike in criminal activity by armed gangs that extort money from villagers by holding people, land, and livestock for ransom. Factor in climate change, and it’s not difficult to understand why farmers in the once-fertile northern regions have been moving to the cities in droves.

Wagini, a retired government employee who relied on farming to boost his income and feed him, his two wives, and 17 children, has stopped growing crops and plans to open a grocery store in a nearby city. “The security situation is not favorable,” he says by phone from his village in Katsina, a state that’s a hub for rice, wheat, and sorghum. “It has been a great setback to farming in the area.”

Attacks like the one Wagini witnessed are complicating efforts to boost domestic food production in Africa’s most populous nation, a longstanding goal that’s taken new urgency as a result of supply chain disruptions caused by Covid-19.